More leaked screenshots ahead of the launch of the Meizu MX4 show a redesigned camera app plus do the invites hint at an alloy body?

After Meizu’s official announcement for the launch of the Meizu MX4 the leaks and news of the company’s up coming device launches haven’t stopped.

A new screenshot leaked today shows a redesigned camera app for the latest Meizu. The image is believed to have come from the Meizu MX4 Pro model and has a resolution of 1536 x 2502, slightly less than the previously believed 1532 x 2560. Interestingly the app gives an option to take the photos at a 15:9 ratio which could hint at the screen ratio for the phone.

Looking at the settings not he app we see that the second slider is set in the middle giving creating an 8 mega-pixel photo. There is still a lot of adjustment left and as we have seen in early leaks the MX4 Pro could have a Sony 20.7 mega-pixel sensor. 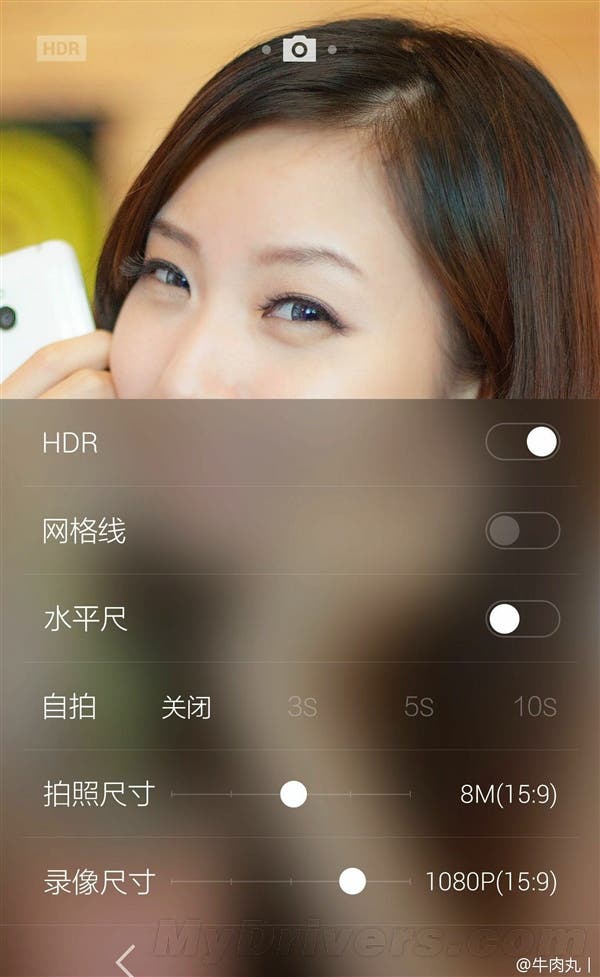 What does seem to be missing is an option to shoot video in 4K, but this doesn’t rule the feature out.

On top of the image, Meizu have also started to send the physical invitation to the “Think High” launch. This time Meizu have made a small silver jigsaw made from metal. A possible hint at an alloy bodied Meizu MX4? Let’s wait and see.