Lenovo have revealed that the cost of their flagship Lenovo Vibe Z2 Pro is an amazing $780, that’s a pretty cocky price, and is likely to kick them in the butt!

At a time when flagship smartphones in China are getting better hardware and lower prices, Lenovo have done something stupid! They have released their newest smartphone with last years pricing!

This year most manufacturers are dropping prices to compete with the viral mobile market. Xiaomi have stuck to the 1999 price of the Mi4, OnePlus launched the One at a similar price, IUNI’s new U3 costs peanuts and it is even rumoured that Meizu will be dropping prices too!

So while everyone drops pricing, Lenovo have decided to ask for more! It seems like a strange strategy and one that we feel isn’t going to work out for them. Over the past few years Lenovo have produced some great flagships all of which have been hampered by competing phones at better pricing. It seems they haven’t learnt their lesson with the release of the Lenovo Vibe Z2 Pro either!

The Vibe Z2 Pro (K920) now has an official selling price of 4799 Yuan, about $780. That is an awful lot of money considering that the IUNI U3 with similar specs is less than half the price, and you would have a lot of change left over if you went for the Vivo Xplay 3S or even the Oppo Find 7! 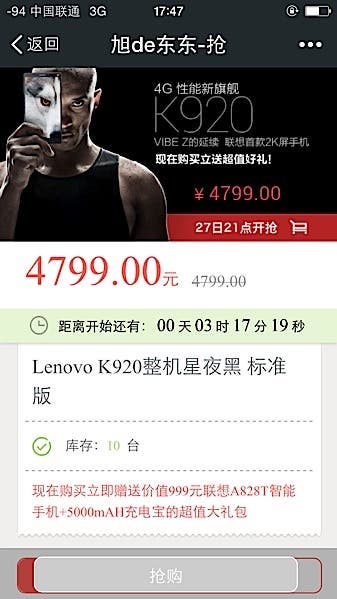 Lenovo are confident they will shift the 6-inch, 2K, LTE equipped phone, but we aren’t so sure.

What do you think of the Lenovo Vibe Z2 Pro asking price?