We had a hands on session with MIUI 6 on the Mi 4 a couple of weeks back, but as you know it was a leaked version of the ROM that we got hold of. Today, however, Xiaomi is officially seeding MIUI 6 for a couple of its phones.

We got the update notification a while back, and in no time had the official MIUI 6 ROM running on the Mi 4. The update is also seeding to Mi 3 phones. However, you need to be on developer ROMs on your respective phones to get the update. If you own a Xiaomi Mi 4 and want to install the developer ROM, you can get detailed instructions here. Also, TD version of the Mi 3 are not compatible with the update yet, and an official MIUI 6 ROM for Mi 3 TD is slated for the middle of next month. 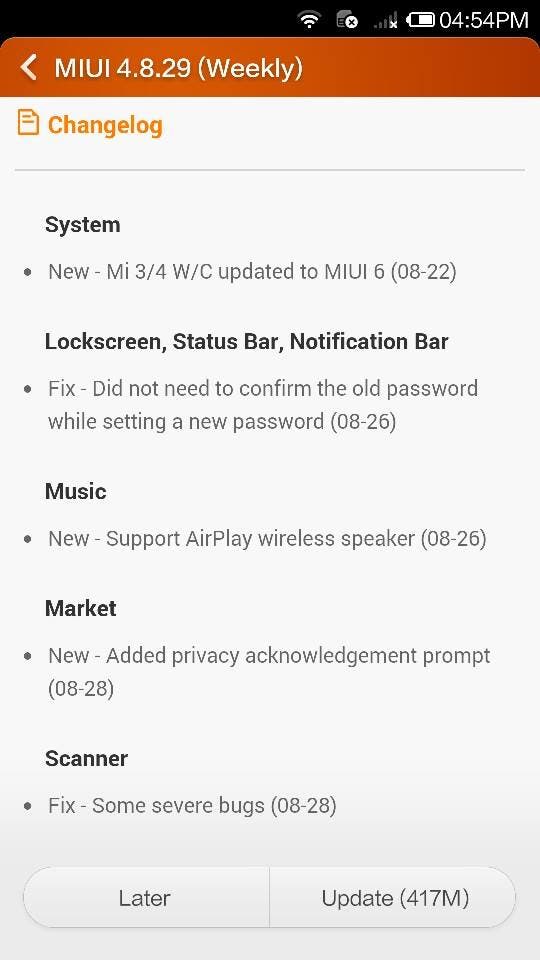 If you haven’t gotten the OTA update notification yet, you can head over to the official MIUI forums to download the ROM package and flash it manually.

At the time of writing this article, the update package wasn’t available for download on the MIUI forums. You can however keep checking here if it is available at a later time.

Do let us know about what you feel of the MIUI 6!

Next OnePlus to finally ditch the invite system this October!