When we tested the Redmi 1S some months back, the smartphone did feel like a device worthy of a price tag higher than its then price of US$130. However, in a surprise move, Xiaomi announced the Redmi 1S for just 5,999 INR or $99 in India, and we all know what followed. 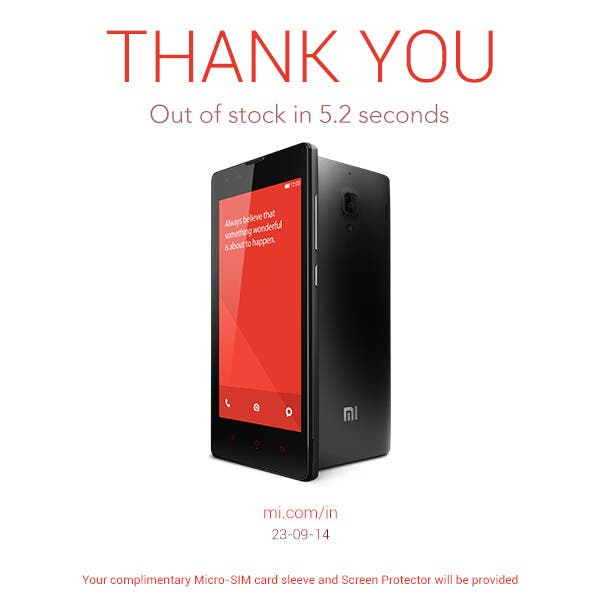 We don’t know for certain how many more such flash sales Xiaomi will have in the country. The Chinese OEM is also looking to announce the Redmi Note (which, by the way, has an upgrade in tow) in India soon; we could thus be looking at the last few rounds of the Redmi 1S sale.

In related news, Xiaomi also announced that buyers of the Mi 3 that brought the phone from Flipkart will be eligible for a free micro SIM adapter. This is because unlike many smartphones of today, the Mi 3 still works with regular aka mini SIM cards.