Micromax is slowly but certainly making its way up. It started off as a feature phone maker, and now has a sizable offering on the smartphone scene. The new Android One phone from Micromax also is testimony to the brand’s growth. 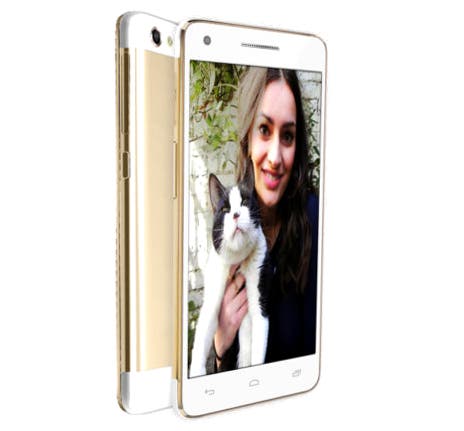 The specs sheet carries nothing spectacular, minus the AMOLED screen which is an oddity (a welcome one, perhaps) for a Micromax phone. It’s a 5 inch panel with a 1280 x 720 pixel resolution, so the Canvas 4 Plus isn’t aiming at the stars. It’s other specifications include a 1.7GHz octa-core CPU (yes, the MT6592), 1GB of RAM, 16GB of ROM and the rather usual set of cameras in a 13 mega-pixel rear and a 5 mega-pixel front.

Many phones with similar, and often better specifications sell for less than the 16,750 INR (US$273) that the Canvas 4 Plus charges. Yes, the AMOLED display does deserve some credit, but something tells me that Micromax is going to have a hard time selling this phone.

The Xiaomi Redmi Note is due for the Indian market in a couple of weeks or so, so it is possible that Micromax is looking to make hay while the sun shines!

Next New Rockchip SoCs on the way, 64-bit coming December