Chinese phone maker Elephone have made a start at diversifying their range to included an Android TV Box with a difference.

The Elephone TV Box is a cylindrical device coloured white with a colourful Elephone logo plastered on the front. Styling is far from subdue and we wonder if a matt black option might be better than this, still this tech is all about the features so lets take a look at those.

Rather than just releasing another Android powered TV box, Elephone have added a rather interesting feature to their model, a motion sensing HD camera. The idea is you can leave the 5 mega-pixel auto focus camera on while you are outside and if movement is detected the camera will start to record. There is even an option which will send a message to your phone and stream live video directly to you over WIFI (and presumably data connections).

In the demo video below, Elephone show the camera acting as a home guard, and even as a baby monitor which can keep an eye on your child while you prepare food or get on with other household chores. 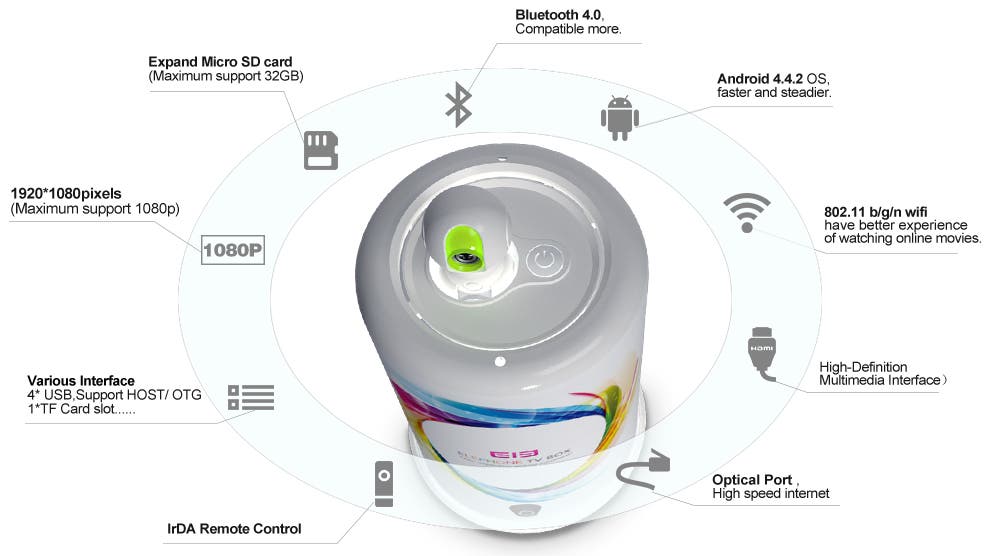 Of course there are the usual Android TV box options too. Plugged in to your HD TV you can stream video over the web from various video services, plugin in an SD card and view media from it, and use mirracast to show images and play games over WIFI via your phone or tablet.

In other news Elephone are partnering up with DX.com to offer the Elephone G4 internationally and have launched an offer which will see the first 100 customers get a free 16GB card, and the next 900 get a free 8GB card.

Read Also:  Production on the New Flagship Armor 17 Pro Is Now Being Stepped Up
[ DX.com, Elephone.hk ]

Military Grade Password Encryption Is Now Available To All Smartphones