Does iOcean’s latest pro level version of the iOcean X8 Mini meet the companies high standards? We take a look at the compact device in a hands on and first impressions.

iOcean are a name that anyone familiar to the Chinese phone world will instantly recognise for their range of affordable and high-tech phones. The company really started to gain popularity with their iOcean X7 smartphone which boasted a 5-inch 1080 display and quad-core processor. The X7 proved it could stand up to the competition and at that time battled with similar phones such as the UMi X2 and JiaYu G4.

The X7 is still around, but it is no longer the flagship phone of the iOcean pack, that title goes to the iOcean X8, and it’s little brother the iOcean X8 Pro, the phone I have in front of me right now!

Receiving the box from iOcean and we get a sense of what is to come straight away. The packaging is simple yet elegant. All white with a touch of silver here and there, much like the white version of the iOcean X8 Mini Pro inside. 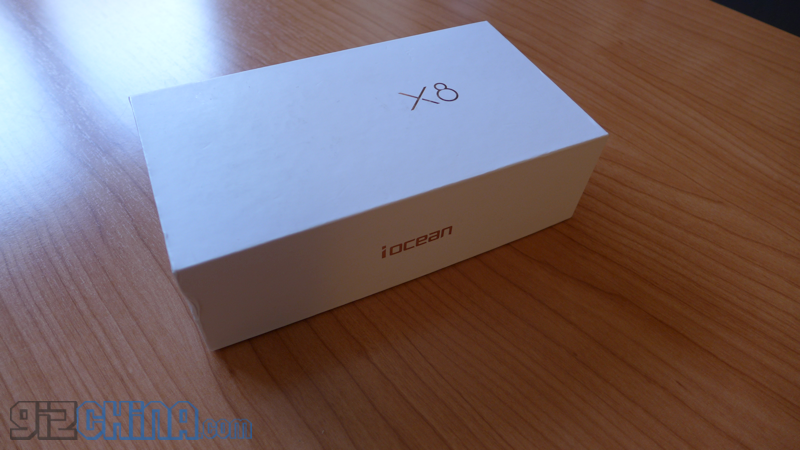 iOcean make both white and black versions of this phone and shipping them with a USB data-cable, mains charger, SIM ejector tool and a transparent plastic rear cover with smoke black finish. You will have noticed that there are no earbuds in the packaging and personally that is fine by me as I would prefer to save the cost added to the phone for including them and buy some decent third part earphones.

iOcean might not like to admit this, but they do like to look to Oppo for inspiration when designing a new phone. The iOcean X7 was an Oppo Find 5 inspired device, and the new X8 and iOcean X8 Mini take their aesthetics from the Oppo R1. 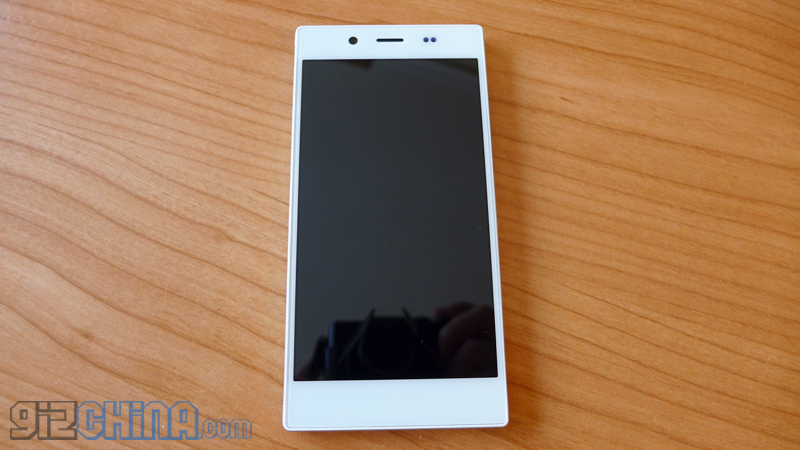 The X8 Mini Pro’s boxy design is backed with a glass panels both front and rear. iOcean say they are using Corning Gorilla Glass 3 on the Mini to protect the 5-inch 1280 x 720 display and the rear of the phone. That’s good news for me as I dislike using a screen protector and I don’t really want to cover this beauty of a phone up with the included case. 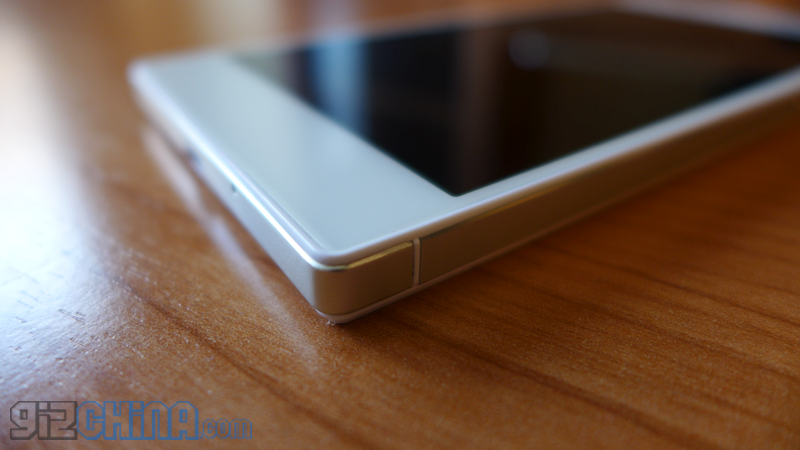 A metal backbone keeps the iOcean stiff, however I’m not convoked that the silver areas we see along the sides bottom and top of the phone is actually structural metal. Instead it appears to be plastic coated in a good quality metal finish. 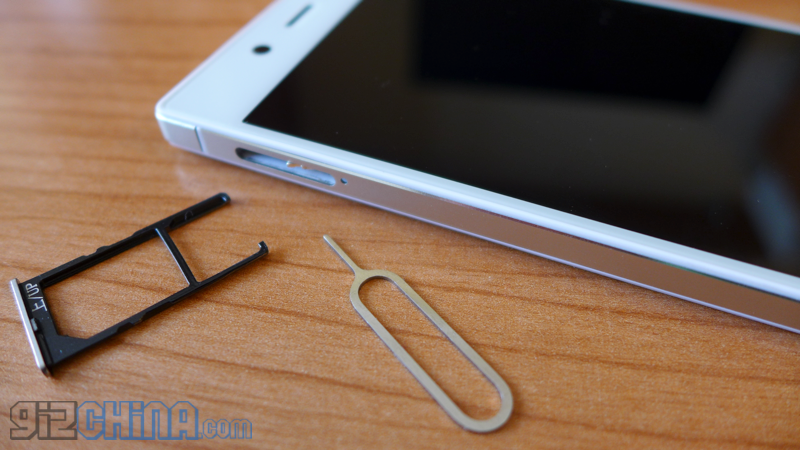 The sides are where we find a SIM tray on the left with room for dual SIM cards, lesson learned by iOcean! A volume rocker and power button are on the right with 3.5mm headphone jack and USB data plug found in their traditional locations (top and base). 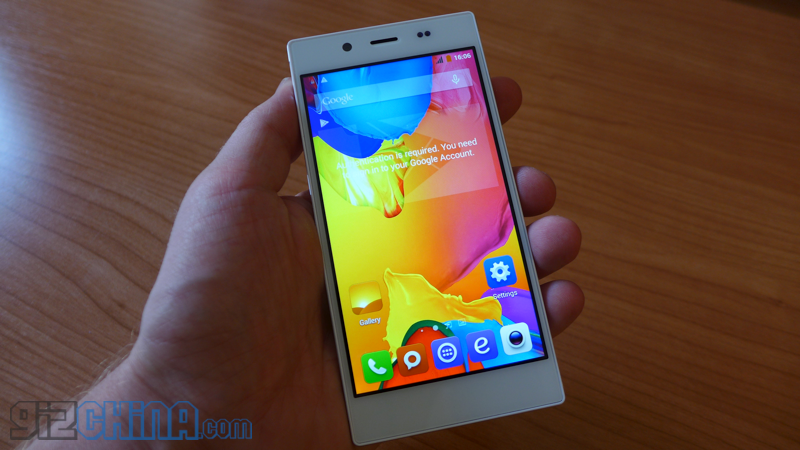 Usually when a phone maker gives their device the Mini branding savvy customers will want to take a closer look. The problem in the past have been that phone makers have linked ‘mini’ to both smaller and lower spec meaning that if you preferred a smaller phone you ended up with lower hardware. 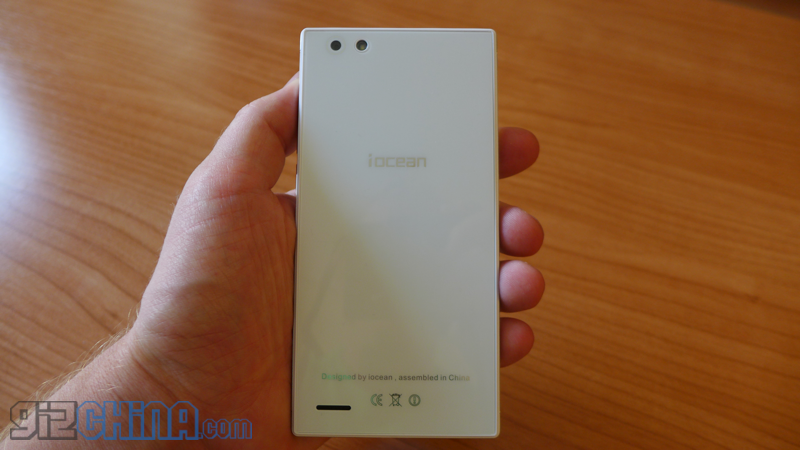 Well iOcean have the regular X8 mini for budget shoppers, this is the iOcean X8 Mini Pro, and as the name suggests it gets a higher specification level of trim. Specs include 2GB RAM, 32GB internal memory, octacore MT6592 1.7Ghz processor, Android 4.4 KitKat, and fully laminated OGS display with Corning Gorilla Glass 3 protection! Not bad. 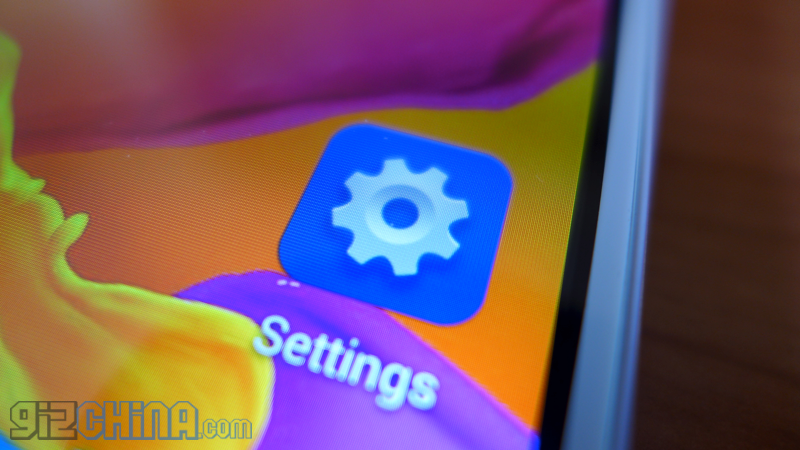 There are a few missing features such as the lack of a Micro SD card, and there is no 4G LTE, but we do believe that iOcean will add at least one of these features in the future (hint it won’t be an SD card).

At 7.6mm the phone is right in the middle of the pack for thickness. It doesn’t go to the extremes that Gionee have with the S5.1 and it isn’t a porker like the IUNI U3. Sitting in the middle of the playing field in size means the battery does too. At 2200mAh it is about on par with similar phones, only time will tell how well it lasts. 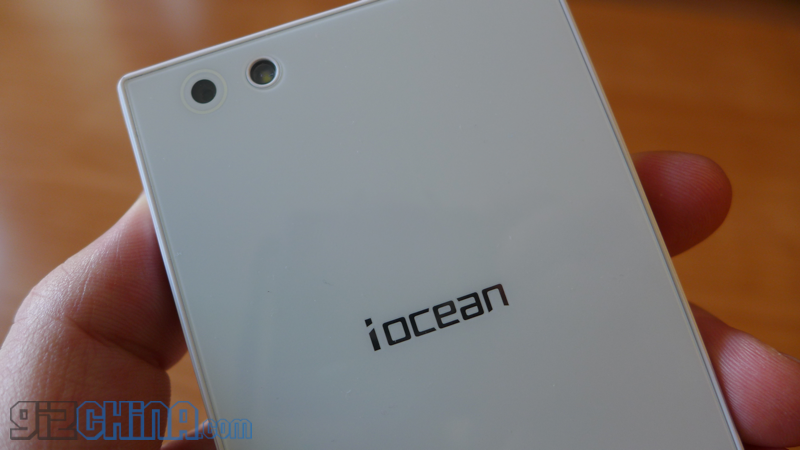 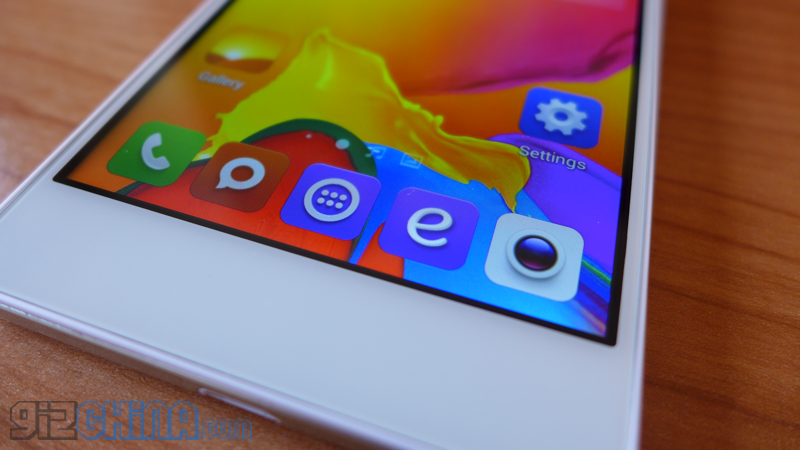 The Android 4.4 Kitkat ROM has a MIUI look to it and appears to be a very similar system as the one which Zopo have been loading in to many of their phones this year. From the settings we can see there are setting for NFC, which is odd as the official specs say the phone doesn’t have it!

First impressions aren’t bad at all. The phone itself looks great and feels comfy, despite the angular design. It is a quality looking product, but with overall dimensions of 70.1 x 142 x 7.6mm we would say that it is a little long and wide to really be classed as a ‘Mini’ device.

Specifications are good, but it remains to be seen if NFC is part of the package or not, how well the battery will last and what improvements iOcean have made to the rear camera when compared to the full size iOcean X8.

The iOcean X8 Mini Pro will be set off for a full review now so keep posted for our full findings coming soon.