There are now plenty of choices out there for phone makers to pack a 64Bit chip, for the ZTE Q802C Qualcomm have been called in with their Snapdragon 410 SoC.

Renders of the ZTE Q802C promise a quite handsome looking handset with a few design flares from ZTE’s flagship Nubia range thrown in spice up the overall looks.

Branding on the rear of the phone indicates that the ZTE Q802C has NFC, a feature we have actually been seeing less off in new phone, a large rear speaker, LED above the main camera and LTE. However if you are outside of China your luck might be out as those are China Mobile LTE stickers meaning TD-LTE.

As already mentioned, a Snapdragon 410 processor is used which is 64Bit SoC running at 1.2Ghz indicating this is a mid range phone so it’s no surprise to see a 5-inch 720p display, 1GB RAM, 8GB memory, SD card support and a 2000mAh battery. 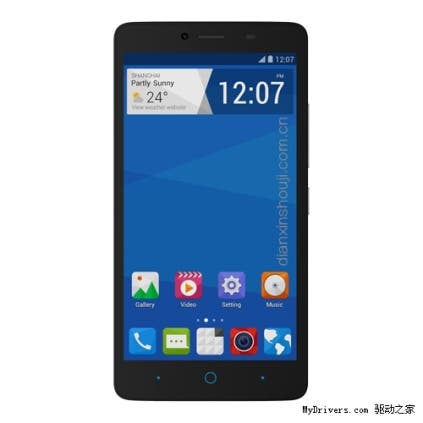