Specifications of the ECOO Shining smartphone have been released, this is the 2nd phone from the new ECOO brand and might actually be a better deal than their first model.

After announcing that their ECOO Focus, at $147.99, would have just Android 4.2 JB and 1GB RAM, some fans were more than a little disappointed, even if it is the cheapest phone to go on sale with a 1080FHD display and octacore processor. If you were a little upset by the Focus specs then the ECOO Shining might suit your expectations a little better.

According to a post on the official ECOO Facebook page, the ECOO Shining will be a large 5.5-inch phone, with 2GB RAM and Android 4.4 Kitkat. Details also say the phone will have a metal frame and that it will also run an octacore MT6592 chipset.

Dual-SIM support, 8GB of internal memory, 2650mAh battery and an 8 mega-pixel camera make up the rest, but this time customers are going to be looking at a 960 x 540 resolution display.

To our eyes the Shining looks like a copy of the Vivo Xshot, an attractive design and a lot less likely to be stuck with the stigma of being a clone to the regular joe. 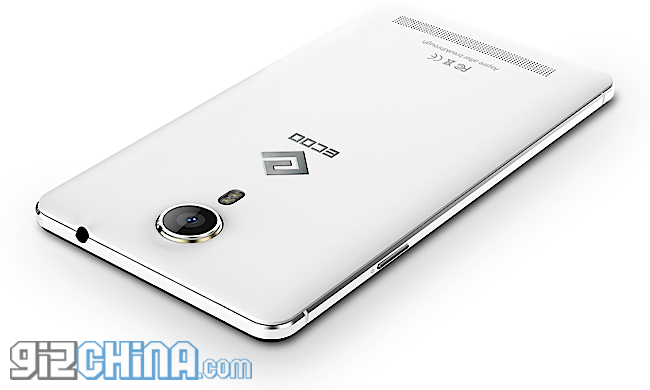 Like their Ecoo Focus model, a 1GB version of the phone will also be available, but this time around we have no clue what the pricing of the device might be, or when it will be available to order.

With the lower resolution display and similar specs to their Focus, we hope that pricing will be lower and we might see this Chinese octacore phone ship for around $130, but only time will tell.