Are Oppo taking a few tips from big brother Vivo with the Oppo N3 design? This leaked photo certainly suggests so.

Oppo are the little brother of Chinese phone maker Vivo. Although the two companies work independently of each other there are times when we see Oppo take advantage os some of Vivo’s hand work. The Vivo Xplay 3S got a 2K display, so did the Oppo Find 7 when it followed for example. 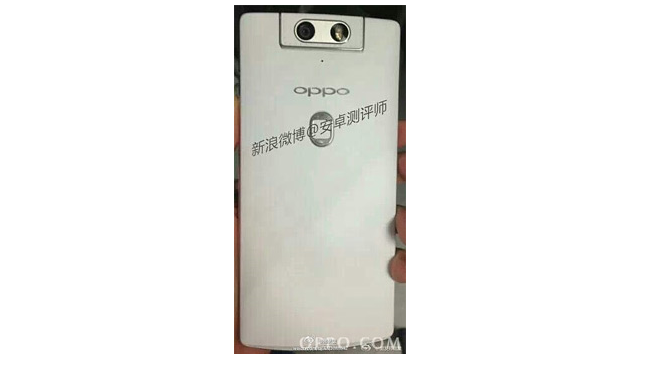 It could be that Oppo haven’t finished learning from Vivo, as it appears that the Oppo N3 might have a rear mounted fingerprint scanner in similar position to the one found on the Xplay 3S.

The purported fingerprint reader on the Oppo N3 sits slap band under the Oppo logo, which is where the rear touch panel lived on the original Oppo N1, a nice feature but one most users ultimately stopped using after a very short time.

What else is interesting from the leaked photo is that the N3 appears to have an even larger rotating camera pod compared to the N1, and although looks narrower than the original seems to be just as long as ever.

Oppo will officially launch the Oppo N3 on 29th October in Singapore.

Next Tronsmart Orion R28 Pro Review: Power to the TV