Getting home last night, I was greeted by a tempting looking parcel… which had the Ecoo Focus E01 neatly packed in generic packaging. Generic because Ecoo are yet to finalize the retail packaging for the device.

There’s been a while since a Chinese company made a truly VFM phone, which would actually be affordable for all. The OnePlus One could be a valid argument, but not everyone would want to spend $299. The last phone that actually grabbed the budget market by its throat was the Redmi 1S, which still goes strong in countries like Indonesia, India, etc.

The Focus E01 is a smartphone by Chinese startup Ecoo, who’re wanting to replicate the effect that the Hongmi/Redmi series had, at a slightly extrapolated level. The Focus E01 is their first outing, which comes with an octa-core processor and a full HF screen. And as far as we can tell, it’s a decent effort!

Considering that the phone can be yours for under $150 shipped, the specs set is definitely not bad. The 1GB RAM might be a bottleneck as far as serious multitasking is concerned, but if you’re not one of those who tend to have an array of apps running all at once, you should be good. 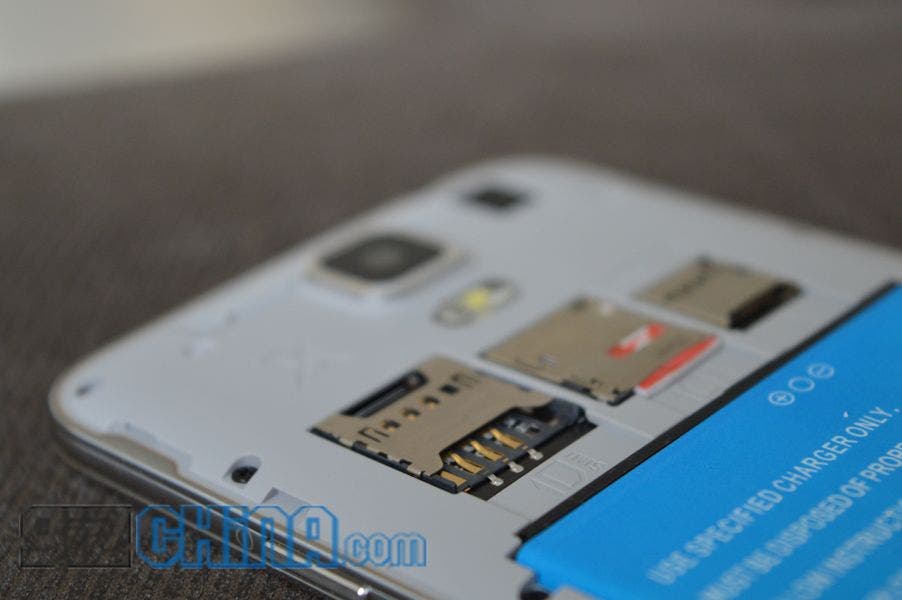 Right of the bat, the build quality on the device seemed immaculate considering the price tag it bore. As you can see from the pictures, the Focus E01 gets no points for design since it’s basically a Galaxy S5 lookalike; but it does shine when you’re talking build. It simply does not feel like a $150 phone, maybe more like one that costs double or more.

It has the same corrugated rear which might not be to everyone’s taste (as we’ve seen with the Galaxy S5), but certainly does the job to give you the much sought after ‘grippy’ feel lacking on most phones of today.

In all, we give full points to Ecoo for the lovely build that’s reassuring in more ways than one. 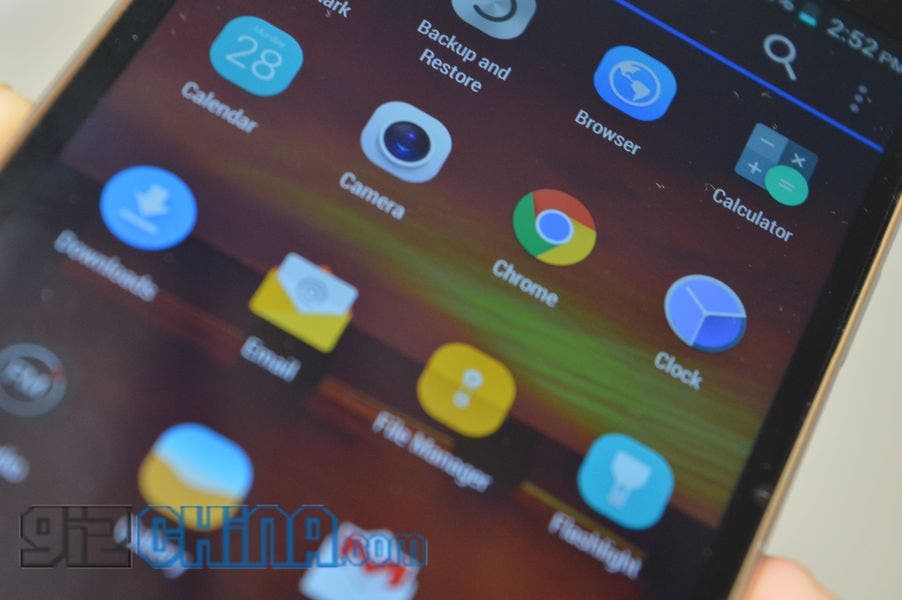 Every phone coming out of China packs a display that commands another look. Unfortunately, the Ecoo Focus E01 doesn’t exactly live up to the standards. Make no mistakes, the 5.2-inch 1080p panel is nothing bad; but it ain’t anything great as well. Maybe we’re being a bit too harsh, perhaps. What makes matters worse is that there’s a bit of backlight bleeding on the unit we received. We’re sincerely hoping it’s a lemon we got, and that other production units of the device do not suffer from the issue. Again, it’s not too much (definitely something you could ignore looking at the price tag), but it could get better.

The phone comes with vanilla Android, which in our books is a massive relief. Many OEM skins don’t do much to make the experience better, which is reason enough to believe in vanilla Android. The clean OS also allows the phone to manage a decent 30,000+ points on AnTuTu!

However, it’s a shame that it runs Android v4.2 Jelly Bean out of the box. Here’s hoping for a KitKat update soon; Ecoo could really catch the attention of buyers around the world by providing timely Android updates.

The device is snappy enough thanks to the octa-core processor. One thing that you will have to get used to though, are the slower swipe animations. They’re more like iOS than Android!

The Ecoo Focus E01 looks like a very strong contender in the budget market. Chinese phones have made a mark worldwide with their high end offerings, and its just about time that they repeat the success with some quality budget phones.

Let us know in the comments section below if you have any questions related to the device, we’ll be happy to get back with answers!

Next IUNI U3 prices cut to $370 for international buyers