We’ve noticed a flurry of budget phones in the Chinese market this year, right from the Redmi 1S to the most recent, Ecoo Focus E01. All of these phones don’t burn a hole in your pocket, and offer entry-level to mid-range features on paper, which however don’t translate too well in real life. This results in the need for a truly no-nonsense phone that’s made to do the job and nothing else.

In this review we’ll be talking about how the new Cubot S168 aims to be the very phone that you imaged while reading the previous sentence. It costs under a $100, but doesn’t have a specs sheet to boast too much of. However, it does have a lot of other things going its way. Lets know more about these in the Cubot S168 review!

The S168 comes at a low price, offers an amazing build quality, and also has a decent camera going for it. If you are looking for a budget phone that does what it should do, the Cubot S168 is for you! The only thing that we think it lacks is a proper notification LED, which is something we’ve grown used to since the past couple generations of phones.
Show
Hide

The Cubot S168 comes in a cardboard box that looks a lot like the ones Xiaomi use for their phones. In the box, you will find:

The phone comes with a screen protector pre-applied. 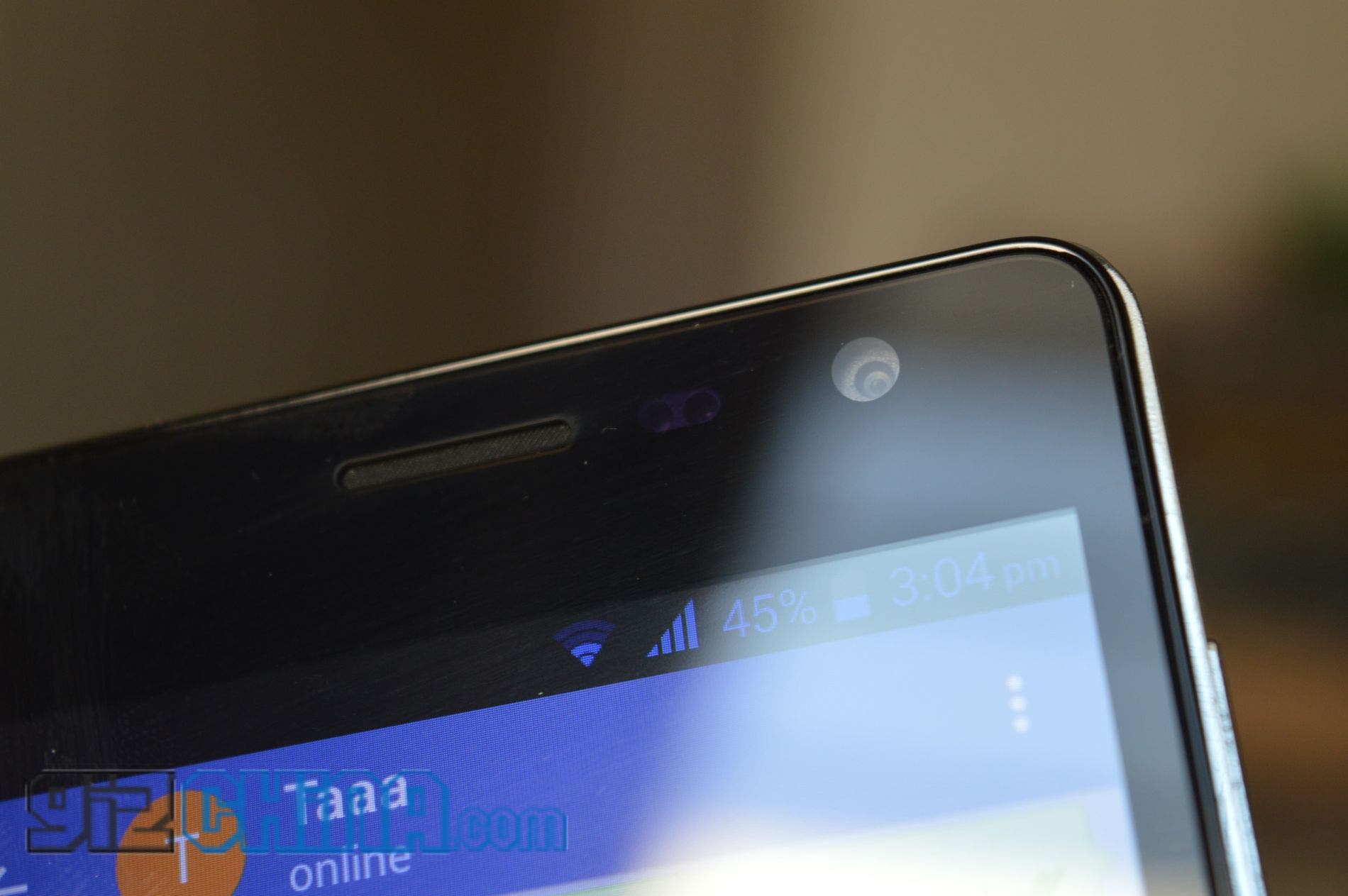 If there’s one phone that you’ll be reminded of when you take the S168 in your hands, it is the Xiaomi Redmi 1S. That isn’t necessarily a bad thing; the Redmi 1S offered a durable build and so does the Cubot S168. In no-nonsense terms, the Cubot S168 feels extremely well built. Unlike many other phones that cost as much as the S168 (or even more), the phone has a peculiar heft to it which gives the beholder a sense of reassurance. It also has what feels like a metal frame to me, a final nail in the coffin to confirm the device’s surprisingly good build.

Cubot, thankfully, went the generic design route rather than doing a 1:1 copy like some other phones we know about. The S168 might not have the most eye catching design, but it at least has one which it can call its own. Enough for no other company to decree the S168 as a clone.

Like the Redmi 1S, the S168 features a removable back with tactile button plates on the rear. This leaves room for additional rear cases, but we’re not really sure how many you’ll see of those. 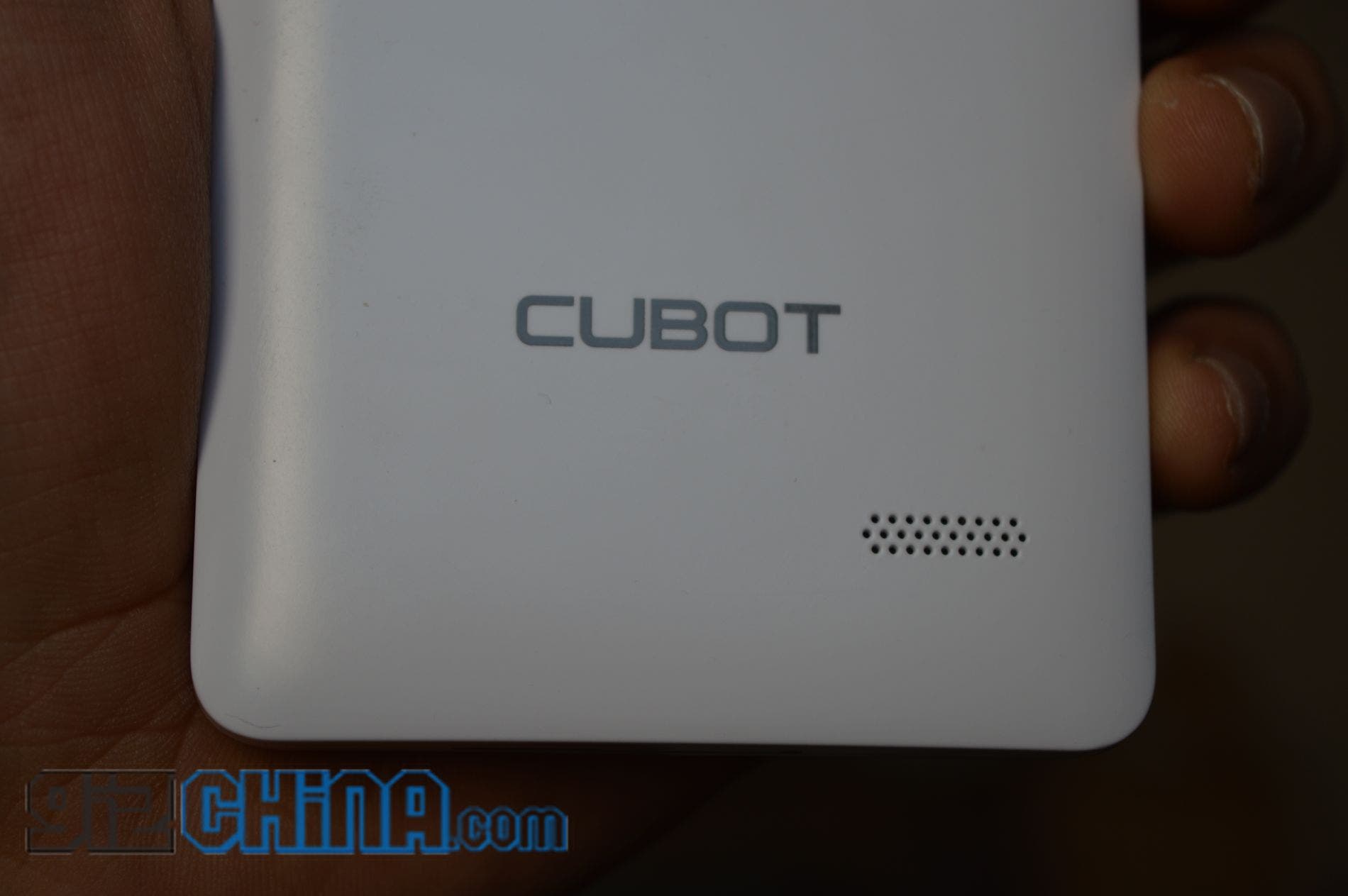 The plastic on the rear is extremely sturdy; a far cry from the norm where its usually very bendy and flexible. However, this does mean that you require that extra bit of effort to take the rear off. Once you do, you can see the SIM slots (2x) and a microSD slot. The SIM slots accept one regular SIM (aka mini SIM) and one micro SIM. The microSD card slot, which you will eventually have to use, can work with up to 32GB of capacity.

You will also notice the housing for the battery, which does seem below standard capacity on paper at 1700mAh. However, as you shall read later, it isn’t really as big a problem as you might think. 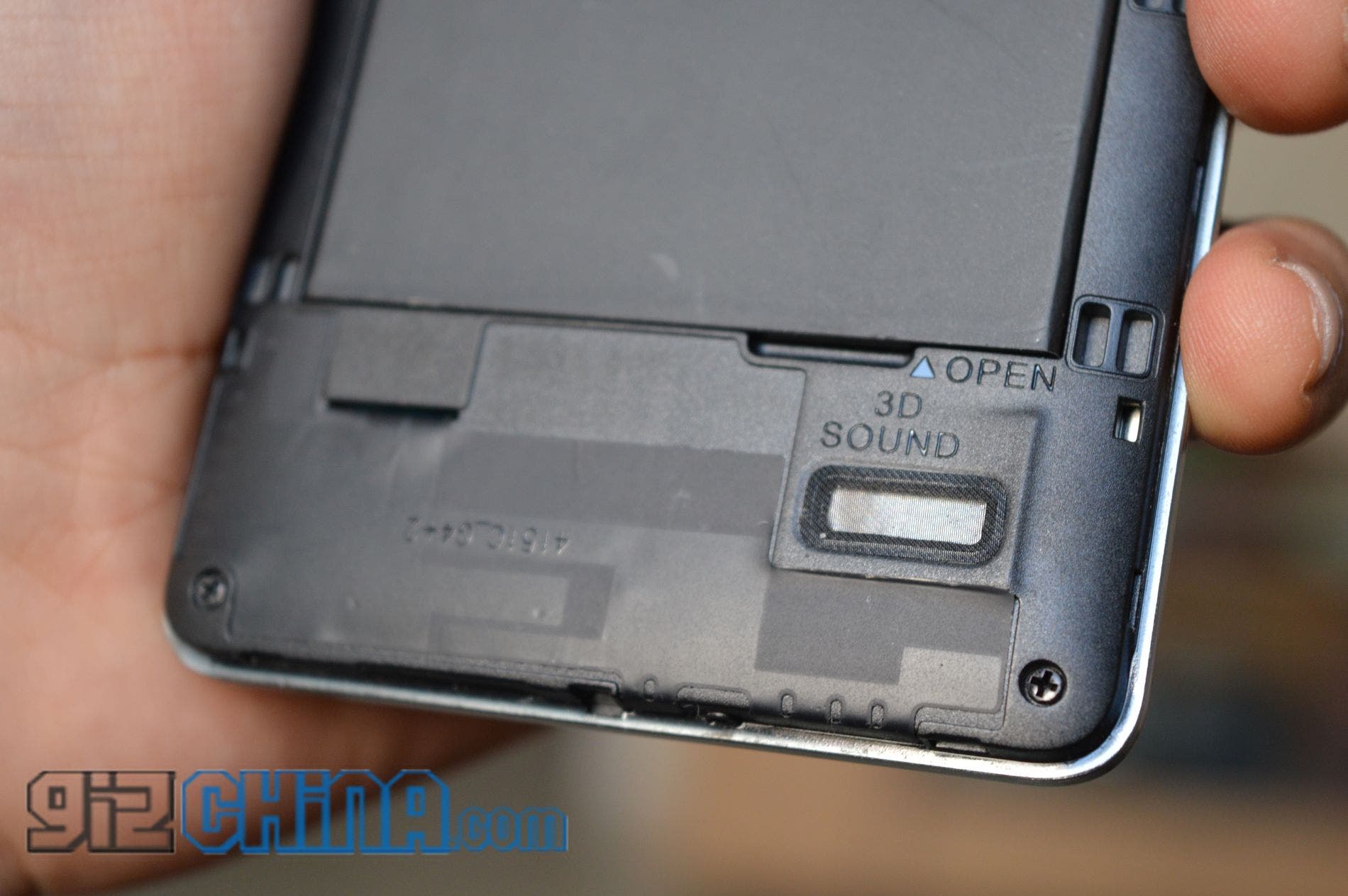 A mono speaker labeled ‘3D sound’ sits just below the housing for the battery.

Something that took some getting used to was the micro USB port, which peculiarly sits not on the chin of the phone but on the top edge. While this shouldn’t be a problem, you will have to spend time getting used to holding the device in a somewhat different manner from usual if you tend to use your phone while its charging. 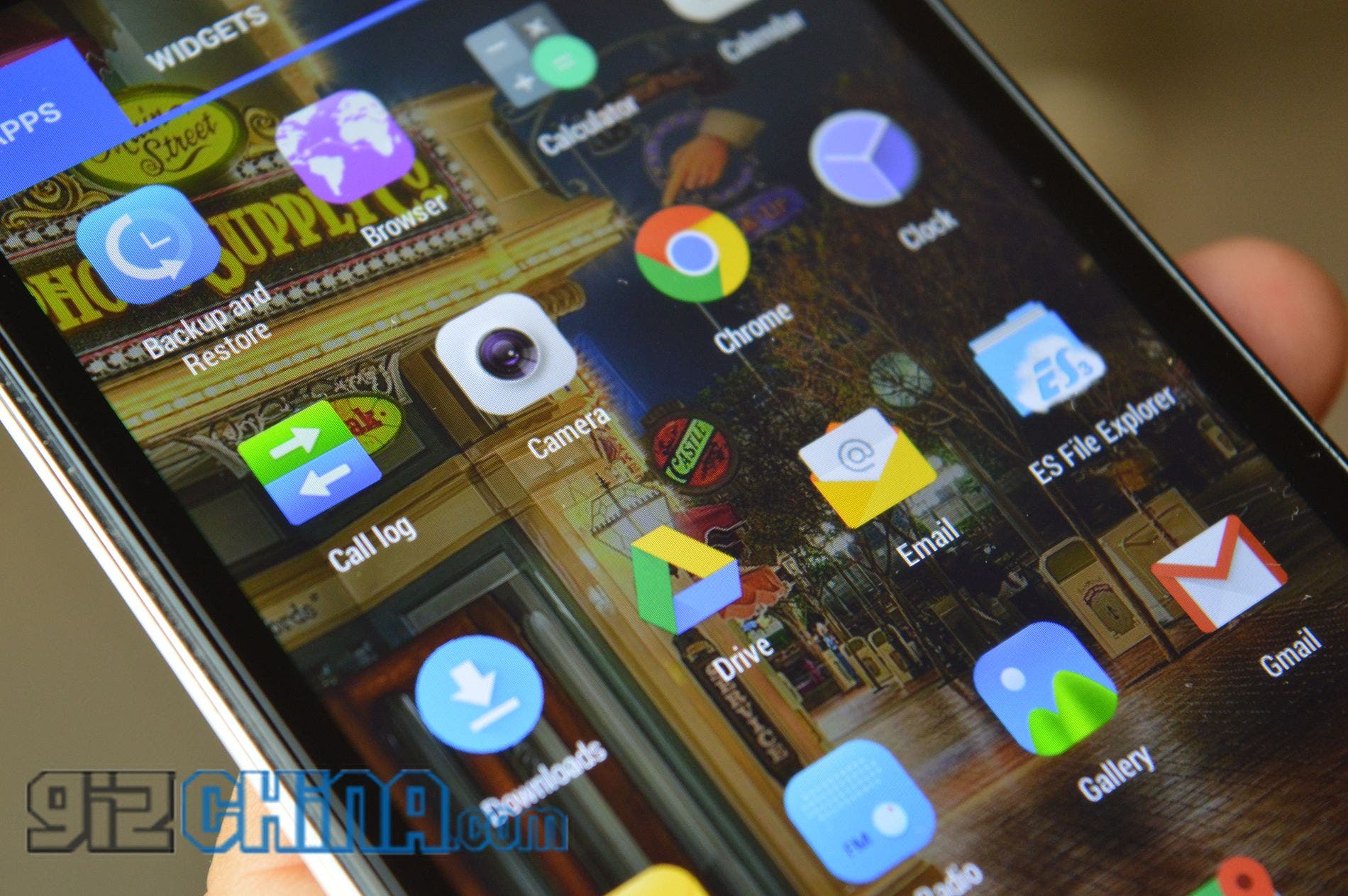 The low-ish resolution also gives the proven MediaTek MT6582 quad-core SoC a breather, and while using it doesn’t really feel like you’re pushing the MT6582. This is a great feeling to have (to know you still have some throttle left), especially when you’re dealing in phones that are as affordable as the S168.

The fact that the S168 suffers from no noticeable backlight bleeding goes to show the potential of budget manufacture. If Cubot can accomplish that on a sub-$100 phone, other, more expensive phones literally have no excuse for any it.

The general ‘feel’ of the phone is fast and snappy. This is in context; the S168 will not beat the crap out of your OnePlus One, but it might well own your 1st gen Motorola Moto G. In fact, we tend to prefer the quad-core MediaTek MT6582 over the octa-core in general. I’m sure those of you who have used both phones will agree.

The S168 handles multi-tasking extremely well. Unless you’re coming from a 3GB RAM phone, you will not miss the lack of extra RAM. We made a few people use the S168 and estimate, by the performance, how much RAM it had; the general consensus was that they felt it had 2GB of RAM. This really goes to show what a good job MediaTek have done with the low cost, high performance MT6582, and that Cubot haven’t missed on properly optimizing their system ROM to make the full use of the available resources.

Performance is the strongest suite of the S168. Possible users of the Cubot S168 could be: people looking for a well built budget phone with great performance; first time Android smartphone buyers; etc. 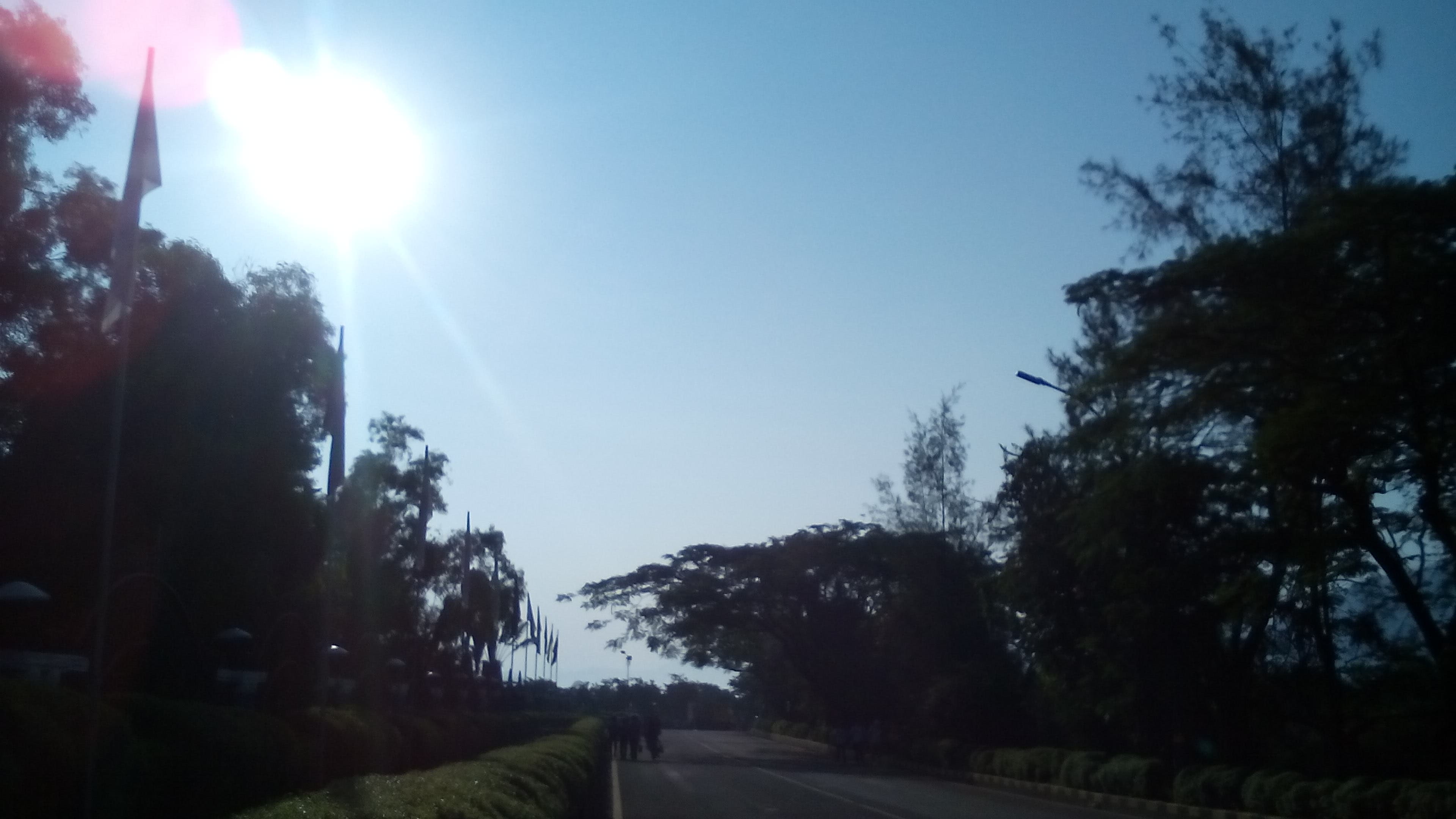 The S168 features a 2 mega-pixel / 5 mega-pixel hardware camera set, which the software extrapolates to 5 mega-pixel and 8 mega-pixel respectively. The front camera is good enough for selfies and video chat when you’re in good light conditions, but doesn’t do too much otherwise.

The rear camera, again, is a very VFM proposition, like many other components on this phone. Extrapolation is very much nonsense, so you can safely ignore claims for 8 mega-pixel picture quality. As a 5 mega-pixel shooter, the S168 does quite well. Again, it’s mainly made for use in good lighting conditions, but it doesn’t suffer too much with low lighting as well. 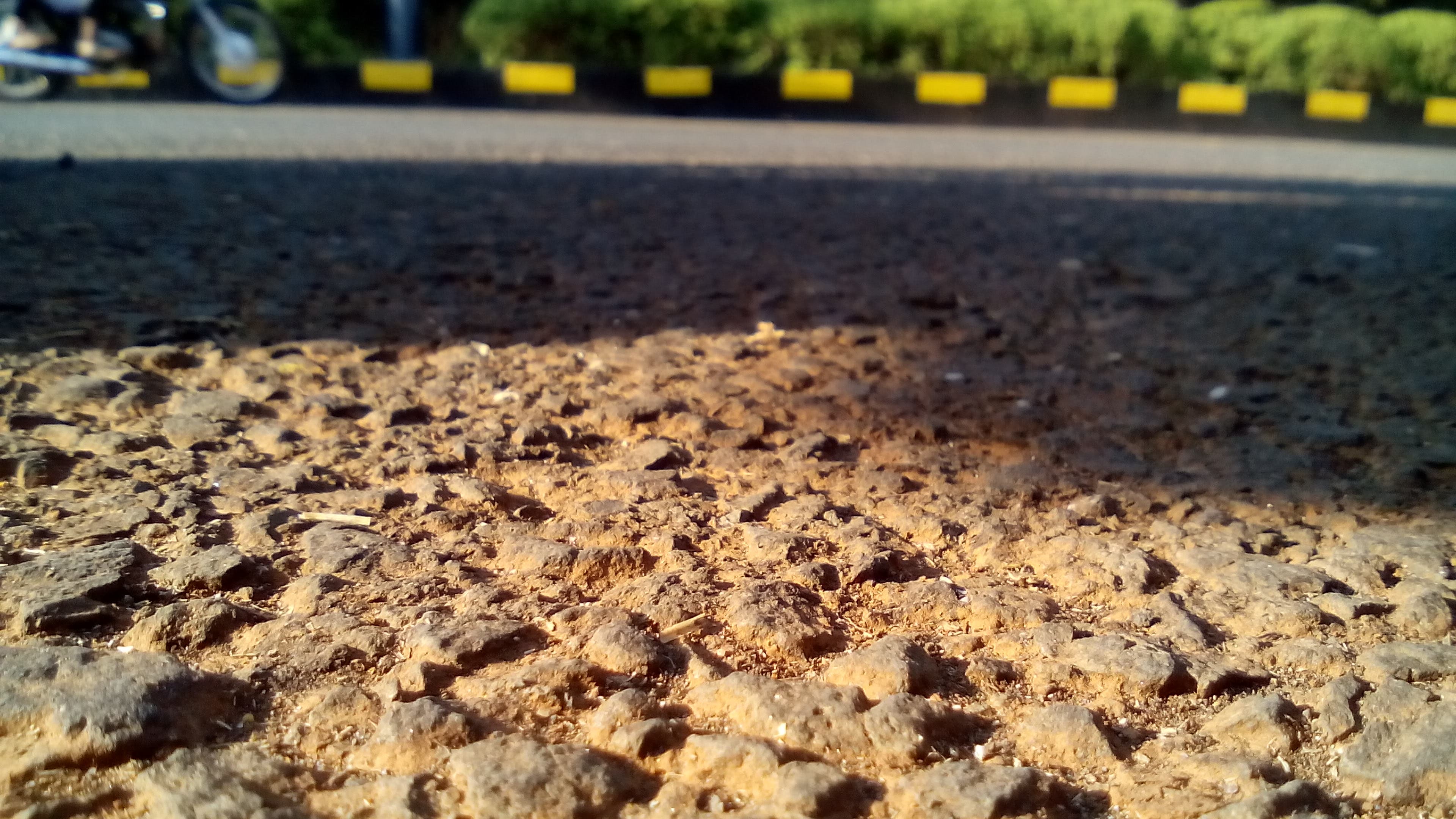 Pictures are decently clear and have a good dynamic range, but the sharpness suffers. Also the S168 doesn’t seem to have a very good macro ability like some of its distant cousins.

Features like panorama, HDR, beauty shot (it has two of these for some reason, with one letting you control the amount of added fake beauty you wish to add) and live photo mode are supported by the S168, good enough to keep you interested in the camera for a while. 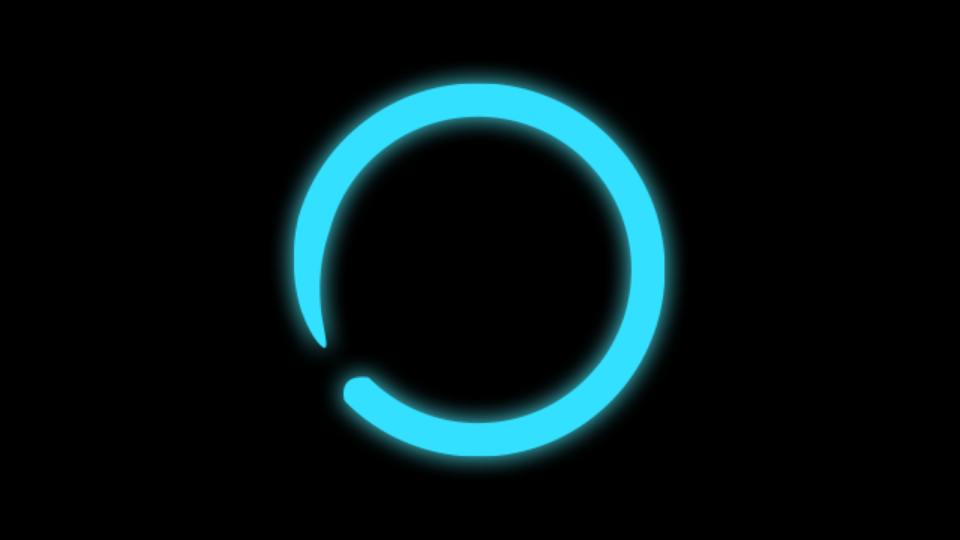 The phone runs Android v4.4 KitKat out of the box. Its again a very close-to-stock-Android installation, with some cosmetic changes that mainly involve icons. Cubot too have gone for the rounded square look like innumerable other Chinese makers. Funnily enough this applies only to the stock apps, and if you install other 3rd party apps they continue to have their original icons, unchanged. This leaves you with a rather ‘inconsistent’ taste. A (sort of) workaround is Nova Launcher + an icon pack; this has been our go to solution for most Chinese budget phones.

The S168 comes with a gesture control feature, which is thankfully not crap and actually usable. It lets you trigger a certain number of apps (pre-defined, unfortunately) by performing gestures on the phone’s screen while its off. Handy ones include gestures for unlocking the phone, opening the dialer, Facebook, camera, etc.

Although the phone comes with only a 1700mAh battery, it lasts long enough to take the average user through one day. Many other small-time Chinese companies claim larger batteries (2000-2500mAh), which are often false and a simple thickness/weight test is enough to give you a better idea at the actual capacity. What this also does is make one trust Cubot a bit more than other companies; this was at least the case with me during my time with the S168.

Coming back to the battery life per se, it helps since the phone is not really meant for high-end gaming and/or full time multimedia consumption. While the MT6582 is certainly capable of handling some enjoyable games, it isn’t really the best with the latest and greatest titles. This means that you’ll be using the phone mainly for productivity and web purposes, which only helps the battery life.

In general, the S168 returned up to 4-4.25 hours of screen on time in general. If you’re mostly on a WiFi network at home/work, expect your returns on the higher side of the spectrum.

The gesture unlock feature can sometimes be sporadic; especially if you’re using a screen protector on top of the S168. We got rid of it instantaneously and found the feature to be way more consistent.

Another thing that you’ll miss on the S168 is a notification LED. In my books, the notification LED on a smartphone is a must, and it’s a shame Cubot decided not to include one. Nothing beats the convenience of tracking your notifications when you want to, without getting disturbed with every incoming one. 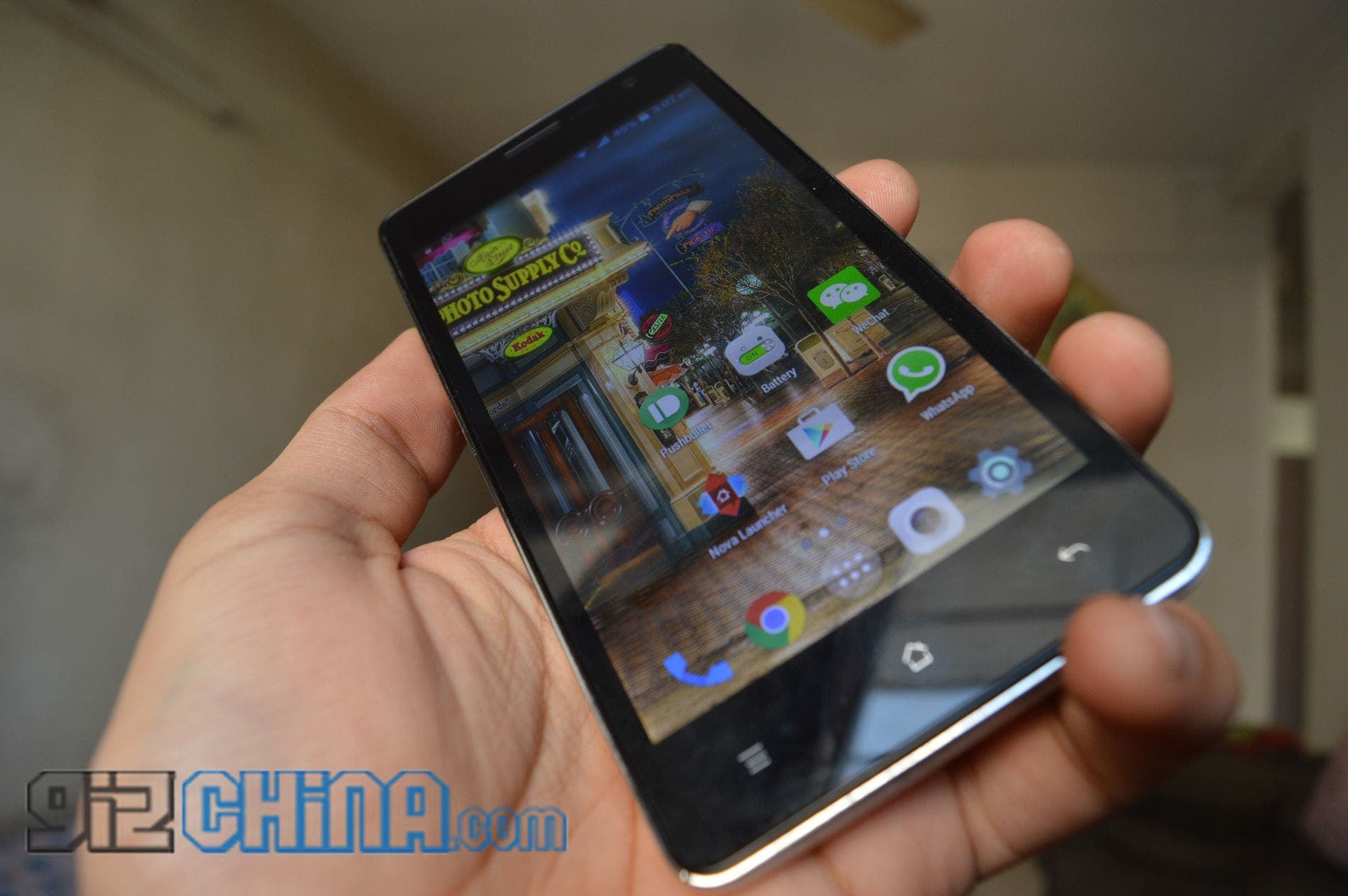 The Cubot S168 is, without doubt, one of the best budget phones we’ve tested this year. It’s right on top with the Xiaomi Redmi 1S, which has sort of gained a cult status lately, with the prices dropping and availability increasing. While it may not boast features like some other phones that have released in the recent months, it certainly does whatever it is made to do, and does it well.

GizChina Reader Discount!
As a special offer for readers of our site, Geekbuying is offering the Cubot S168 with a $3 discount. Just be sure to use the following coupon code before checking out:

The review unit was kindly sponsored by Geekbuying.com, and if you’re interested in purchasing the Cubot S168, you can do so by visiting their store. Stay tuned to GizChina.com for more reviews, we have quite a few of them (iNew V3 Plus, Ecoo Shining Pro to name a few) lined up!

Previous Amazon to exclusively carry the OnePlus One in India