Not everyone needs or has access to 4G LTE networks but still require a powerful smartphone with nice design. For those people here is the Kolina K100+.

The Kolina K100+ is one of those phones which look like it could have had the smartphone world at its feet, if only it had launched earlier in the year and not during the start of the 64bit roll out. Still at only $169.99 and with high-end hardware, we think some readers can still find use for this flagship Mediatek device.

An iPhone inspired (but not completely copied) alloy and plastic body makes us the chassis to which the components are all connected. Starting up front, the large 5.5-inch display is a full HD 1920 x 1080 resolution panel with IPS for nice viewing angles. 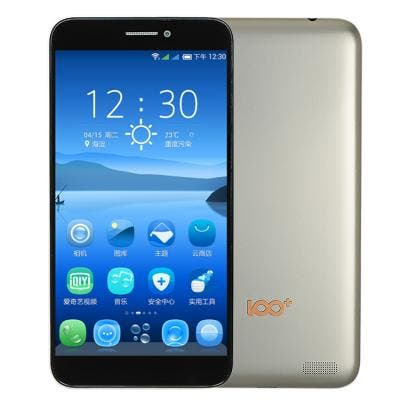 Above the display is a 5 mega-pixel front camera, while out back a 13 mega-pixel shooter sits in wait to catch your next photo.

Processing comes in the form of a Mediatek MT6592T octacore chip. The ’T’ in the title means it is the faster 2.0Ghz chipset rather than the regular 1.7ghz model found in most Android smartphones throughout this year. With a 2.0Ghz chipset on tap it would make no sense to give the K100+ a small amount of RAM so here we have 2GB on board.

Dual micro SIM, 32GB internal memory make up the rest of the specs. Network support is limited to GSM and 3G WCDMA, but if you can live without LTE, and want a nice FHD display, and 2GB RAM, the K100+ is a bargain at only $169.99!

Previous MXQ S85 wants a place under your TV this Christmas

Next In China? want a Meizu MX3 for 1 RMB? 12th December is the date for you!