A new entrant to the fitness tracking market costs as mush as a Mi Band (internationally) but with the benefit of a display!

Watch any of my most recent hands on videos and you will notice that I am wearing a Xiaomi Mi Band, and as much as I love it I really wish it came with a display. Having a display would mean I would get all the same Mi Band feature, but I would even be able to tell the time too (novel ideal I know!).

Perhaps the Mi Band 2 will get a screen, but that doesn’t matter as the ibody tracker already has one and is just as affordable.

The ibody fastens to your wrist with the similar, simple, and comfortable rubber band as the Mi Band and tracks and records you steps, distance traveled and calories burned throughout the day. Data can be seen on your smartphone, and a purpose made app that looks a little more advance than the Mi Bands, and includes plotting your movement on a map. 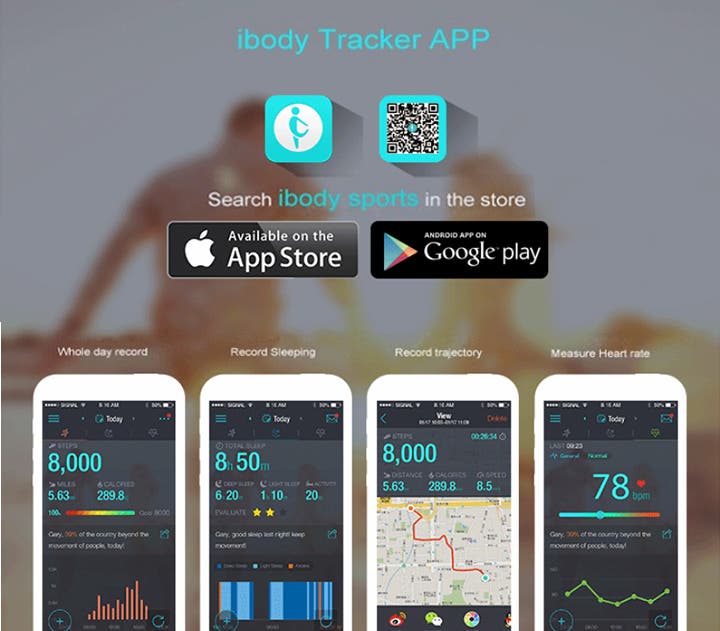 Data can also be synced you your computer via the included USB data connector, and if you don’t have Bluetooth on your phone (?) you even have the option of syncing over OTG. Data can also be found on the cloud and apps are available for both iOS and Android devices.

The addition of a screen will likely increase the time between charges compared to the Xiaomi wearable, but does mean you can also tell the time from your band too.

The ibody is on sale now through Flosmall in either black or green and costs only $25.

Next Huawei selling Honor phones direct in the UK