Elephone’s range is getting a little confusing to look through, but if you dig around there are a few gems to be found like the new Elephone P5000.

As the rumours said the P5000 has a large battery, but it is bigger than the 5000mAh cell we initially believed. The battery in the P5000 is now a 5350mAh cell, large enough to offer 4 days of battery life and act as a power bank via the OTG USB in the base.

A 4 day claimed battery life is pretty good by most of today’s Android smartphones, but what is even more so is that the P5000 manages to measure in at a respectable 9.3mm in thickness with space for dual SIM, micro SD and even includes fast charging. In comparison the Meizu MX4 Pro is 9mm thick with single sim, no SD and a smaller 3350mAh battery.

The comparison to the MX4 Pro doesn’t end there though, the new Elephone also boasts a similar home button with built-in fingerprint scanner for security hidden behinds a slim physical button.

Mediatek provide the processor, in this case a 1.7Ghz MT6592 octacore chip. There is also 2GB RAM and 16GB of internal memory which can be expanded via the SD memory slot. 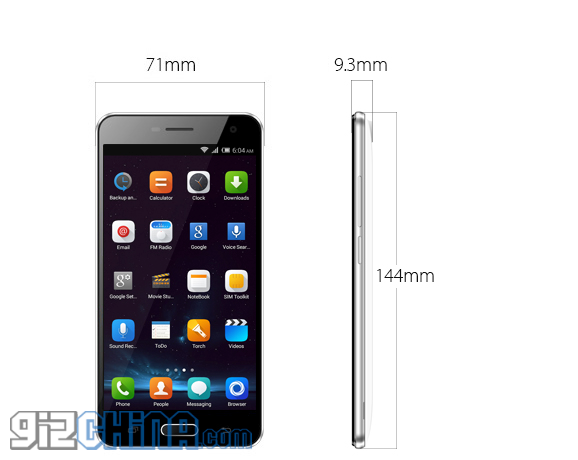 The only feature the phone misses out on is LTE, but a 4 day battery life more than makes up for that in our book. All that remains to be revealed about the Elephone P5000 is the actual launch date and the price of the phone.

What do you make of the Elephone P5000? How much would you be willing to pay for this Chinese smartphone with packed spec?

Previous What does OnePlus have in store for December 17th?