If you’ve a memory as sharp as mine, you’d be aware that OnePlus was founded on 17th December 2013, which means there’s just a couple days to go before the company celebrates its first birthday. In true OnePlus fashion, it’ll be made sure no one really misses this day!

We’re not really aware what exactly is going to happen on the 17th of December, but OnePlus have asked fans to mark the date in the calendar. Its no secret that OnePlus is having a tough time keeping alive its partnership with CyanogenMod, which points to a possible new ROM that could be unveiled on the day. This would also mean that the new ROM, and the OnePlus One share birth days… if you’re that sort of a person.

We know that that OnePlus Two (or whatever else the phone will be called) is quite a few months away, so it’s certainly not that… what else could it be? Besides the possibility of the new ROM, the Chinese media is also exploring the chance of a new variant of the OnePlus One.

With the OnePlus-CyanogenMod partnership as shaky as it is, we would bet our money on a new ROM. What’s your take? Let us know! 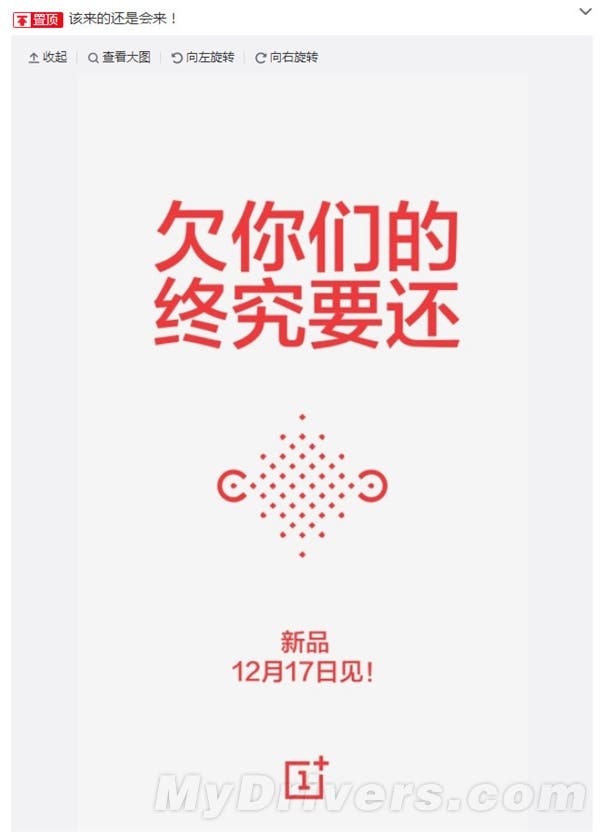