Acer are still trying to hit the nail on the head when it comes to Android smartphones, and at CES have come the closest ever with the Acer Liquid Jade S with 64bit processor and attractive design.

Acer claim the Liquid Jade range of phones are a “work of art”, they certainly do look good, but it’s not until the launch of the new Liquid Jade S at CES that they have really managed to pack a punch.

The latest Liquid Jade S adopts a 64bit Mediatek MT6752M chipset, which is the slightly downgraded version of the MT6752 found in the Meizu m1 note, but still manages to offer a lot more power over previous Mediatek chips.

The faster chipset also boats Cat 4 LTE support, better GPS performance than ever before and a faster Mali T760 GPU. 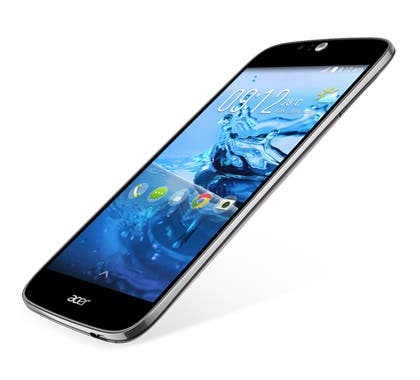 The 7.78mm phone gets a 5-inch display, 13 mega-pixel F1.8 rear camera (that should offer very good low-light photography) and a 5-mega-pixel camera up front for selfies with included “smile to shoot” feature.

Dual nano sim support and space for a micro SD card are also part of the package that will cost from only $299 USD once it launches internationally later this month.