It isn’t often we see the words ‘Asus’, ‘flagship’ and ‘striking’ together, but the new Asus Zenfone 2 certainly warrants the headline!

Off the bat the Asus Zenfone 2 looks better than anything the company have produced in the fast few years. The polished metal chassis looks premium and the rear mounted controls bring images of the LG G3 to mind.

It’s not just in the looks department where the Zenfone comes up trumps though, specifications for this surprisingly affordable beast are very very impressive too! Up front there’s a 5.5-inch 1080 FHD display with Corning Gorilla Glass and above that a 5 mega-pixel camera with F2.0 aperture and 85 degree wide-angle lens sit. The front camera app even has a selfie panorama mode which would come in handy when at a Chinese restaurant with rotating table!

Around the back a 13 mega-pixel F2.0 rear camera sits in wait for your next photo op with dual LED flash to brighten up night images. Asus have also given the Zenfine 2 some nice pixel enhancing technology to boost HDR performance and general low light photography. 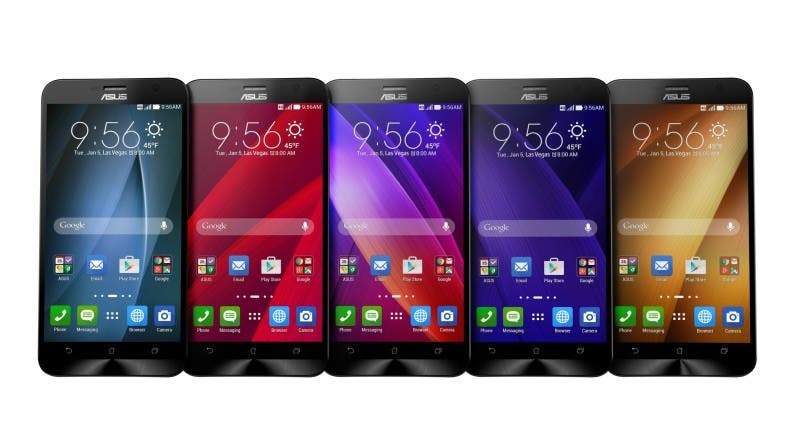 Continuing with the specs, Asus have followed Lenovo with a 64bit Intel Atom processor running at either 1.8Ghz or 2.3Ghz depending on the model you choose to buy. The amount of RAM also changes depending on your choice from a standard 2GB to an amazing 4GB RAM!

Pricing is amazing too with the base model 16GB memory, 2GB RAM Asus Zenfone 2 costing only $199! Pricing of other options will be announced soon!

What do you think of the Asus Zenfone? Looks like a killer to us!