Although the devices that we’re now going to talk about aren’t the most powerful ones to have graced the CES 2015 platform, but Alcatel promises a somewhat unique ‘multiple OS’ support for the device. The four devices, with varying screen sizes and specifications, come with pretty entry-level specifications but most models have optional 4G LTE support.

Along with the devices, the all-new MediaTek MT6735 also makes an appearance. The SoC has a 1.1GHz quad-core CPU fitted inside along with support for 4G LTE networks, and interestingly, Alcatel are offering some of the devices that sport this SoC with Android Lollipop out of the box!

Coming back to the OneTouch PIXI 3 devices, they come in 3.5-inch, 4-inch, 4.5-inch and 5-inch screen variants, with varying screen resolutions and SoCs, as mentioned before. You can take a look at the complete specifications of each device below.

“We are proud to announce the launch of our high-performing PIXI 3 family, which supports different OS platforms”, said Dan Dery, the company’s CMO at the launch of the PIXI 3 series. The multiple OS support is what is most interesting about this family of phones. According to Alcatel, the devices will support Windows Phone, Android and Firefox OS, but details are scarce at the moment. 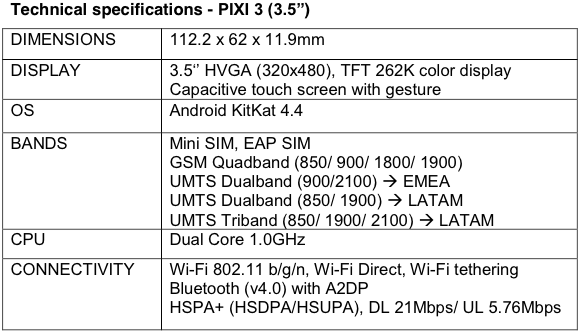 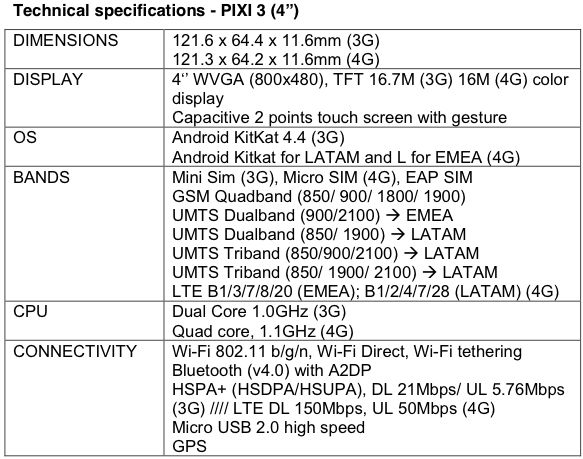 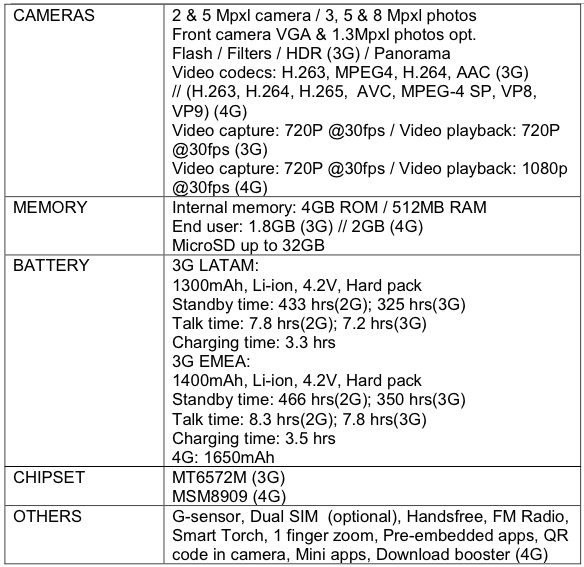 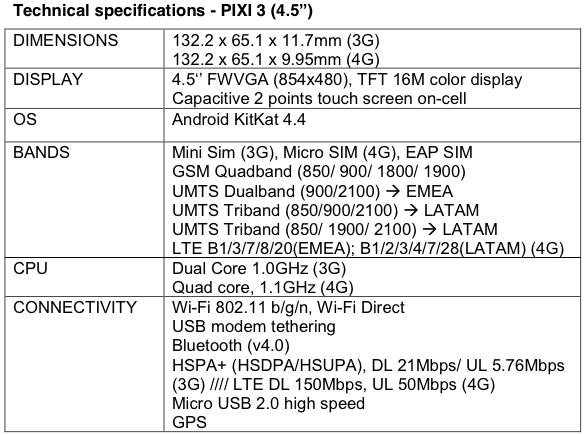 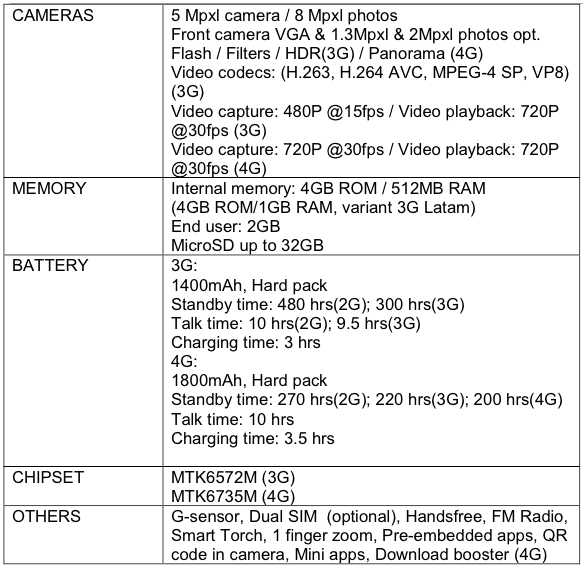 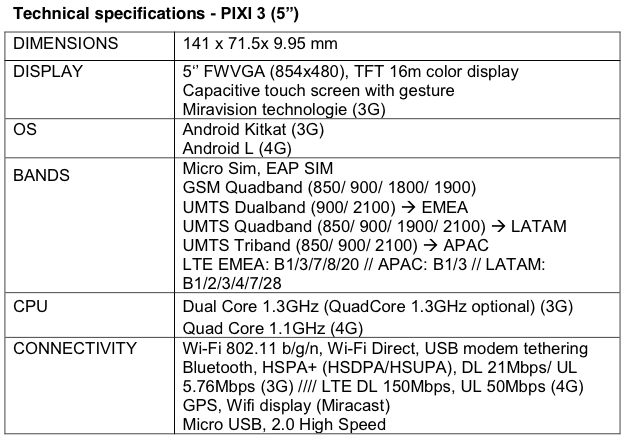 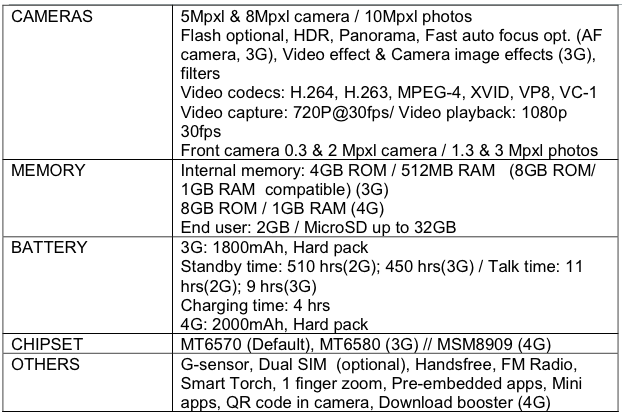 Next Oppo U3 seen at TENAA! Rumours of 4 x optical zoom not likely