Our first sneak glimpse of the iOcean M6752 revealed only the rear panel, now new photos and render show more of the detail of this 64bit flagship phone.

The iOcean M6752 will be the first 64bit, LTE smartphone from iOcean and likely the first phone from the company for 2015. iOcean are obviously keeping a close eye on what rivals JiaYu are up to with the S3 and it is no surprise to see the M6752 has a similar specification.

At the heart of the phone is a 64bit Mediatek MT6752 chipset running at 1.7Ghz with 3GB RAM to play around with. It is unconfirmed if only a 3GB RAM model will launch or, if like JiaYu, iOcean plan to also release a 2GB RAM model also.

With the MT6752 chipset, iOcean will be able to offer GSM, WCDMA and LTE network support, LTE dual SIM and Mediatek’s own HotKnot file transfer feature (similar in use to NFC). 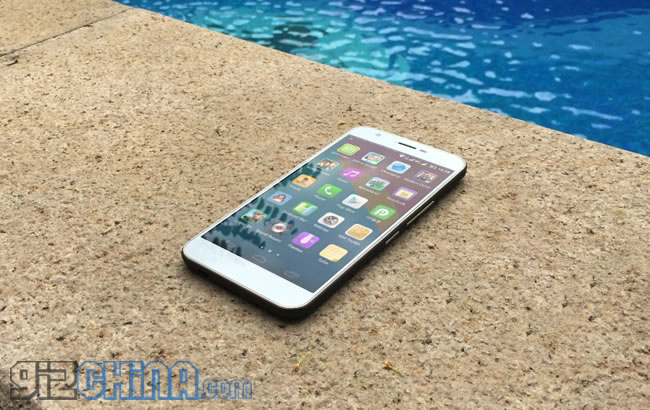 Other features include an 8 mega-pixel front camera, 14 mega-pixel rear, OTG, and pulsing LED notification light. Android 4.4 will come as standard with 5.0 Lollipop soon to come.

As for the design of the phone it does look better in the renders than the original leak suggested, but the odd choice of onscreen Android navigation while maintaining a large lower bezel is a little perplexing.

iOcean will be launching the M6752 in the next few weeks internationally.

Previous Sapphire glass is cheap on the $160 Desai Mirror X5