Since MediaTek’s announcement of the MT6290 LTE modem, a lot of Chinese vendors have been launching phones with 4G capailities. This has also meant that LTE was now made available to lower end devices, and wasn’t restricted to flagships, or as we later saw, mid-range devices such as those that come with the MT6595. The Landvo L200S is among the array of these LTE enabled budget phones, and it doesn’t do anything too special and yet returns good bang for the buck. The design is a slight disappointment, as you will come to know later, but the rest of the phone is a solid piece of kit well worth its price, selling at under US$125.

Lets delve into the details, in the Landvo L200S review!

The Landvo L200S is a well made phone with a very recognizable chrome frame… support for 4G LTE is what sets the phone apart from other budget MT6582 phones besides the build. Decent battery life and great GPS performance make the L200S a worthy buy, but we feel that in this cut-throat market, the L200S could do much better with a price tag that’s closer to the $100 mark than the $150, as it stands right now.
Show
Hide

Landvo L200S Review: In the box

Here’s what is shipped in the Landvo L200S retail box: 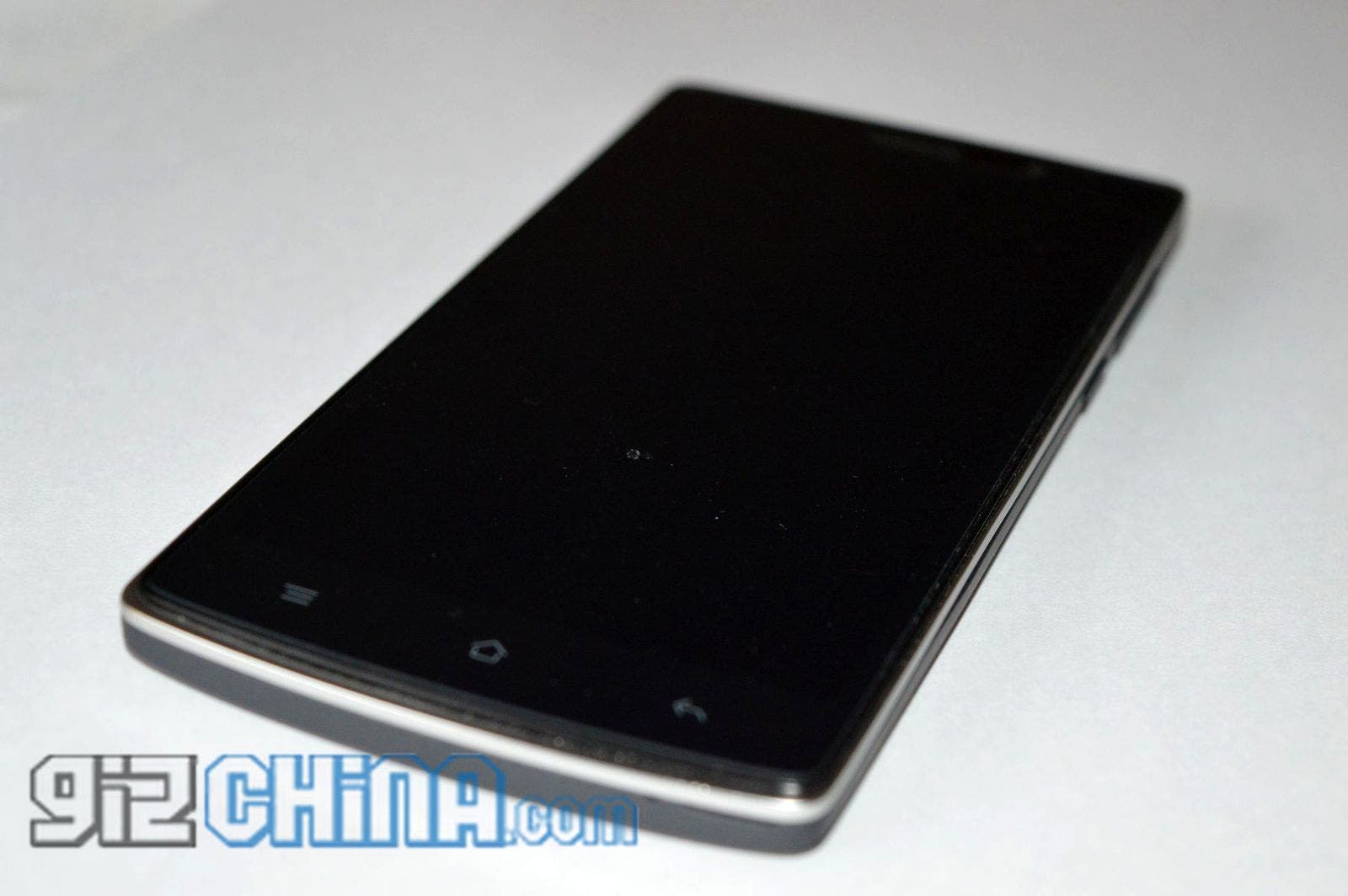 Right off the bat, the phone loses one point thanks to the design being lifted from the flagship killer of last year… aka the OnePlus One. It isn’t a 1:1 clone, like the No.1 Mi4 is of the Xiaomi Mi 4, but instead a downsized design with pretty much the same geometry. This also means that the 5-inch Landvo L200S is one-hand operable unlike the OnePlus One with its 5.5-inch screen.

The USB port makes a move from the bottom chin to the top edge on the Landvo L200S, when compared to the OnePlus One. It’s accompanied by a 3.5mm jack here.

From a distance, the rear does do a good job at making you believe it’s a OnePlus One… before you realize that it’s smaller, and that the OnePlus One mini isn’t out yet. 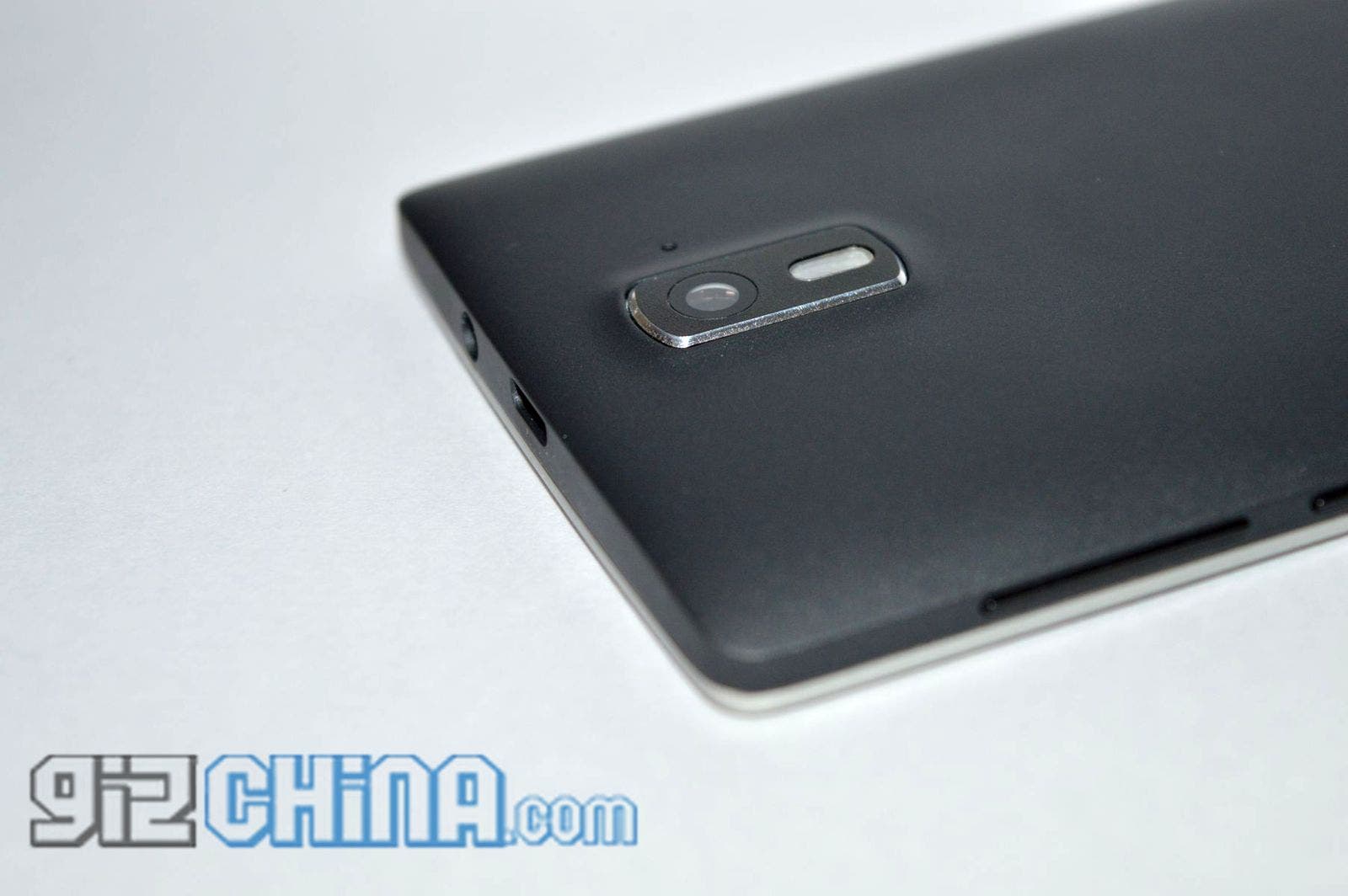 Nothing on the left edge, clean as a whistle!

The right edge makes space for both, the volume buttons and the power button. These are some of the most tactile buttons, and have enough feedback to make you realize you’ve actually pressed the button… and that it has been recognized. Nothing again on the bottom edge aka the chin!

There’s no squeaking or anything whatsoever, and the general build impression is pretty good. Landvo have tried to replicate the Sandstone Black finish of the OnePlus One, which is of course not possible when you’re talking about a phone that’s less than half the price. Yet, the L200S has a very grippy and satisfying rear case, with a touch of rubber to it for the added grip. 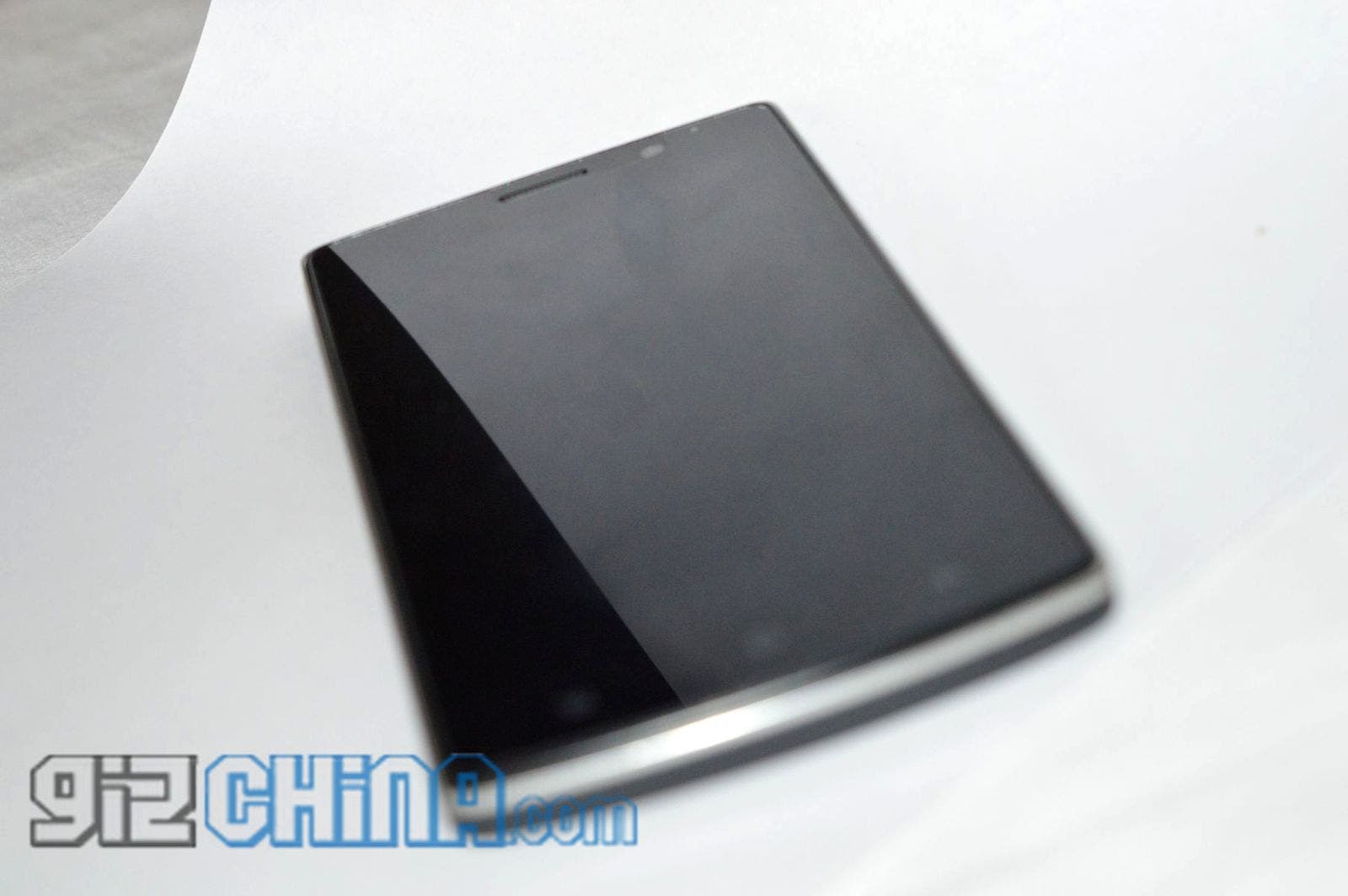 Like the OnePlus One, there’s a chrome frame around the screen which pops out to give a double edge sort of a feel. We’re not yet sure if its metal or plastic, but it does feel like metal (aluminium, perhaps).

In all, the Landvo L200S does look like a phone that can take a couple drops without breaking into pieces. 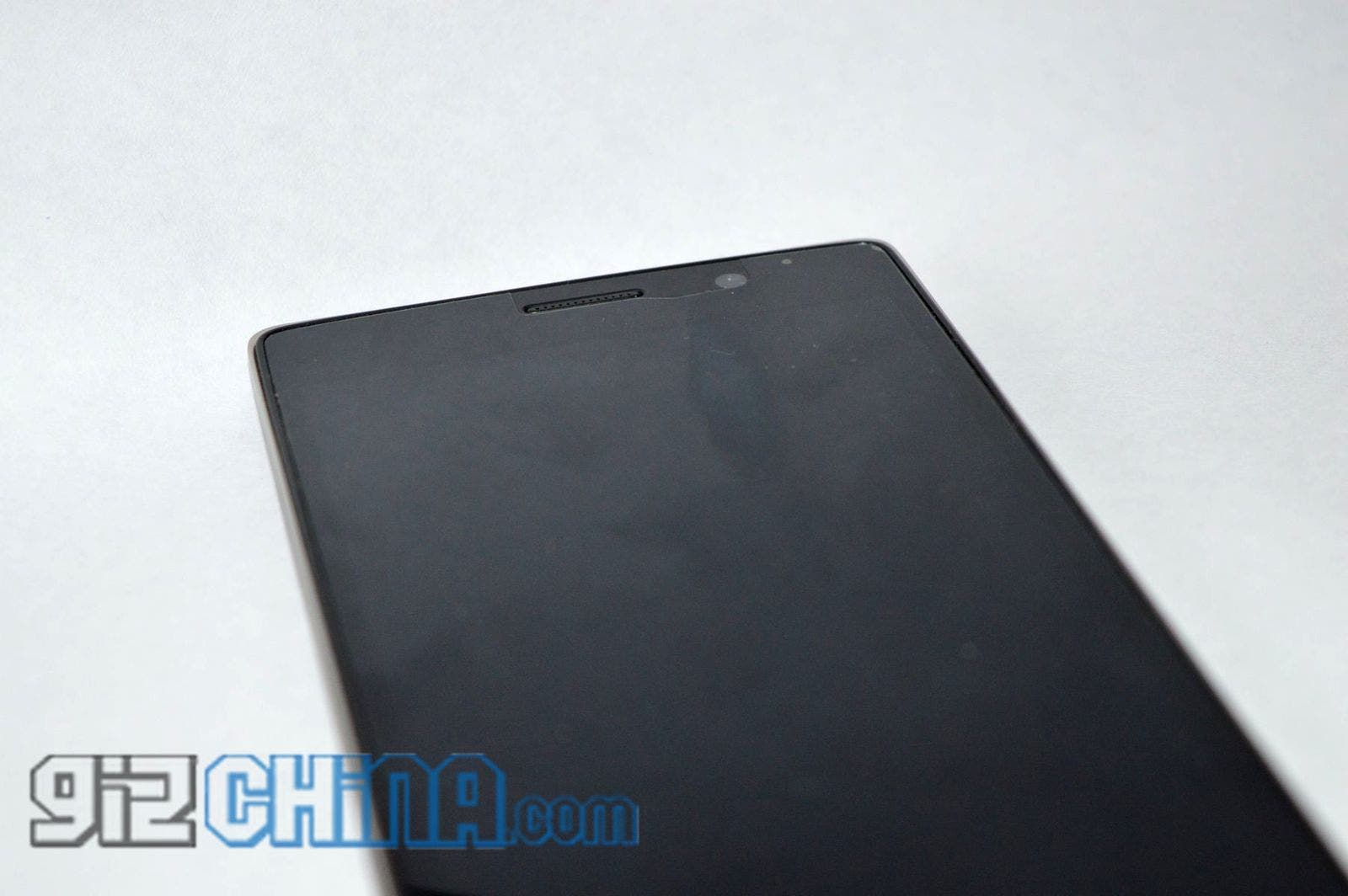 The MT6582 (and variants thereof) have been in the market for over a year now, so there isn’t a lot to speak of about the device’s performance. The MT6582 is a proven SoC, it even features on Google’s Android One phones. The SoC has a 1.3GHz quad-core Cortex A7 CPU, that seems to be tailor made for budget phones. When it was initially launched, phones with the MT6582 sold for around the US$160-180 mark, however with time prices hit rock bottom and such phones are now available for around US$80, one example being the tried and tested Cubto S168. Android One phones, although restricted only to select markets, go for about US$100 a piece. So, at US$130, the Landvo L200S isn’t particularly VFM especially when you’re strictly talking about processing prowess.

Other than that, the phone holds up extremely well. Multitasking can be a little laggy at times, but that’s because of the bottleneck caused by RAM more than anything else. Newer and applications that are heavy on resource usage such as Chrome, Facebook, etc. tend to lag a bit at times though (Chrome especially). Again, that’s more because of the RAM. Lollipop should make things better, but there’s no update in sight as yet so you’re better off not waiting for one, unless the L200S gets really popular, that is. 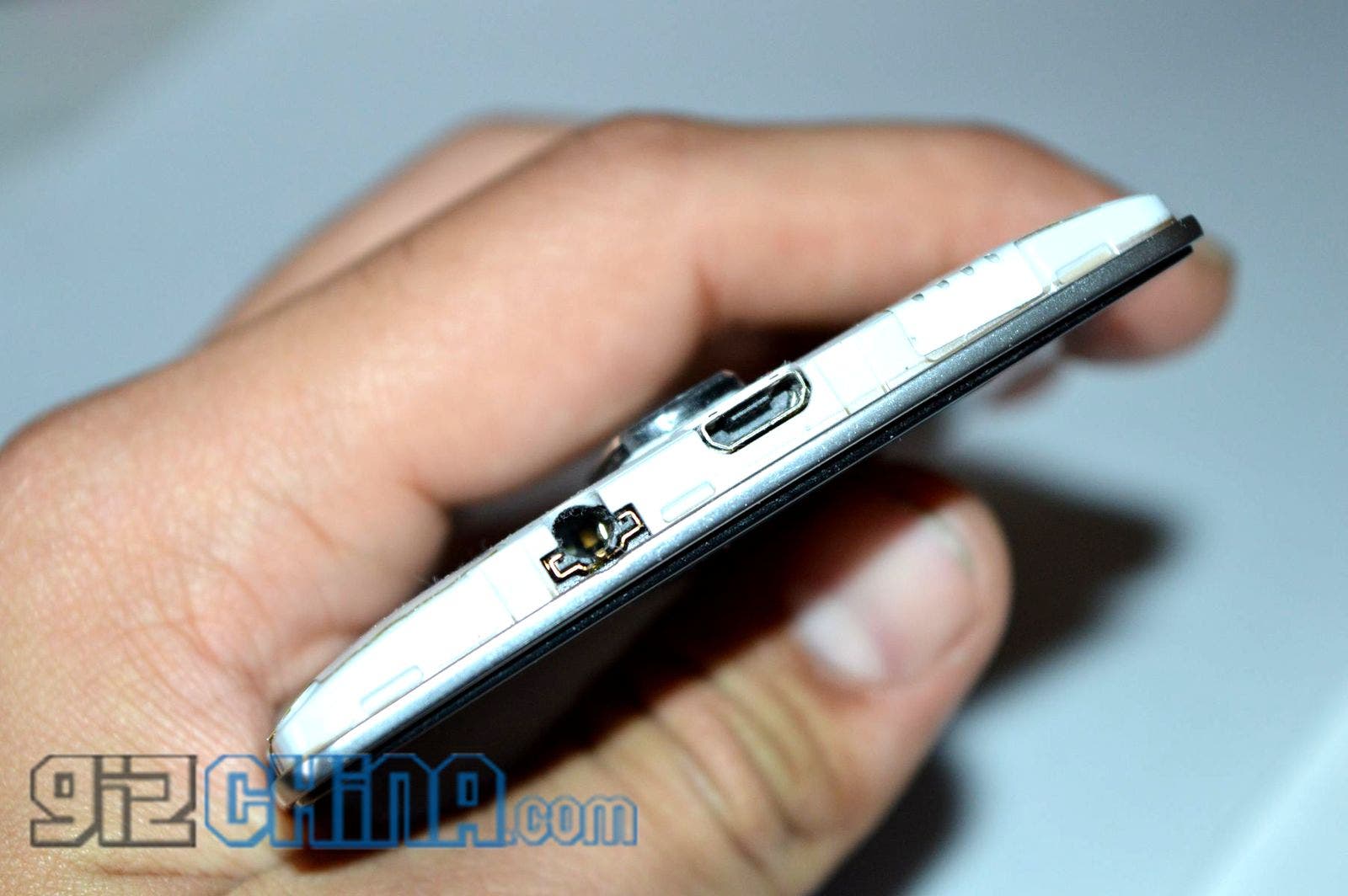 We’re extremely happy with the display panel on the L200S – China has impressed yet again. It’s a 1280 x 720p panel unit, which is perfectly adequate for a entry-level to mid-range phone like the L200S. Other phones that come powered with the MT6582 chip and cost around US$80 come with qHD screens, so this is another area where there’s a few more dollars’ worth tech on the offering on the L200S. The panel uses IPS technology, so viewing angles are as good as any. What impresses us most is that fact that there’s zero light bleeding. Backlight bleeding is what puts many off, and goes to show how much attention to detail the manufacturer has put in making the phone — thankfully in this case, its enough to impress the everyday user.

There’s an 8 mega-pixel sensor on the back of the Landvo L200S, which takes some decent photos in daylight but leaves quite a bit to be desired in darker conditions. In other words, its just another sensor in this world of inexpensive Chinese smartphones; generalizing isn’t the best thing to do but there’s so less that differentiates such phones that it’s tough to tell exactly what’s different.

Dynamic range suffers a little too, which is when its best to be patient and take pictures in HDR. This is again something very common for budget phones like the one in question here, but we’re certain its about time that OEMs get it fixed.

There’s a bunch of effects on the camera app, but you should probably only worry about auto, HDR and panorama (beauty mode too, depending on how you prefer to take your selfies). 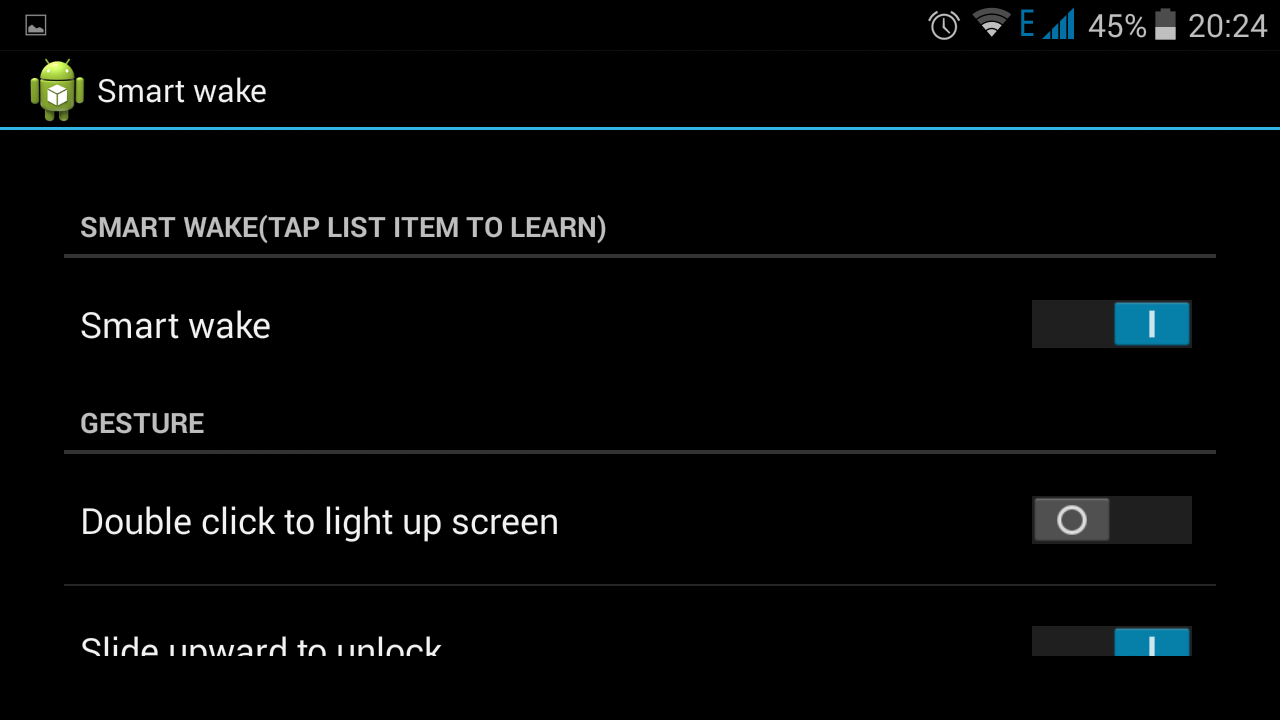 Thankfully, Landvo have left the UI extremely untouched, save for a couple modifications with are actually desirable. This includes the customary scheduled on/off feature, and then the off-screen gestures (more on this later). What we also like is the fact that unlike a lot of other phones, we see stock, untouched icons on the homescreen and app drawer. Landvo haven’t gone for the ever-so-ugly rounded icon imitation look that almost every up and coming manufacturer appears to yearn for these days.

Another non-intrusive customization is the lockscreen ring which now bears the company name. Coming back to off-screen gestures, the phone has a predefined list which can be accessed at Settings – Accessibility – Smart Wake. Unfortunately, the gestures cannot be paired with applications of your choice, so you’re limited to the ones listed by the company.

Double tap to wake, swipe up to unlock and ‘v’ to turn on flashlight are the ones we think are most useful.

In a nutshell, battery life on the L200S is satisfactory. There’s a ‘standby intelligent power saving mode’ which surprisingly actually seems to work. The phone does lose a bit of power looking for signal while you’re on the move, but once you’ve settled on a cell tower there’s hardly any power loss in standby, given the signal is strong enough. So, if your daily commute is long, you might get different results. In other words, Your Mileage May Vary depending on how much you keep the phone on the move.

Speaking of numbers, it’s a 2000mAh battery. Other small-time makers may be putting up specs sheets listing larger batteries, but unfortunately most of that is blatant lie. Of course there’s no foolproof method to check battery capacity in this case either, but from our experience it is easy to tell this is indeed a 2000mAh cell.

It seems that either MediaTek has sorted its GPS issues, or manufacturers have realized that fooling consumers with a good-for-nothing antenna will take them nowhere… which is why we’re starting to see some decent GPS performance from budget phones. The L200S does extremely well on this regard as well, with a very quick fix and decent accuracy levels. However, the phone does not appear to have a compass; you’ll have to rely on your gut feeling to decide if you’re right about that.

Outdoors, the phone was extremely quick to latch on to a GPS lock (3 seconds), however it can be quite slow indoors.

Other points to note…

There’s not a lot we have to complain for this one, but a some niggles we faced were: (i) off-screen gestures take up more battery than normal, and also get triggered in the pocket at times. A simple fix is to keep the phone screen facing out, but you have to consciously do that. (ii) there seem to be network drops every now and then, which is a bit of a serious issue. We haven’t really faced this on any other budget phone in this category of late, and we hope its only a software issue which Landvo does take care of ultimately (fingers crossed). (iii) even though not a lot of MT6582 phones exhibit this, but the L200S does heat up around the camera module when used for long-ish durations. Nothing extraordinary, but again nothing which you can ignore without getting worried too. Lastly, (iv) the phone has a notification LED which again doesn’t really work except when you’re charging the phone, and when battery is low. We don’t really understand why manufacturers do this; an RGB LED is a minimum requirement as far as we’re concerned. What the L200S has gives the impression of a half-baked product, for something which otherwise is quite a decent device. 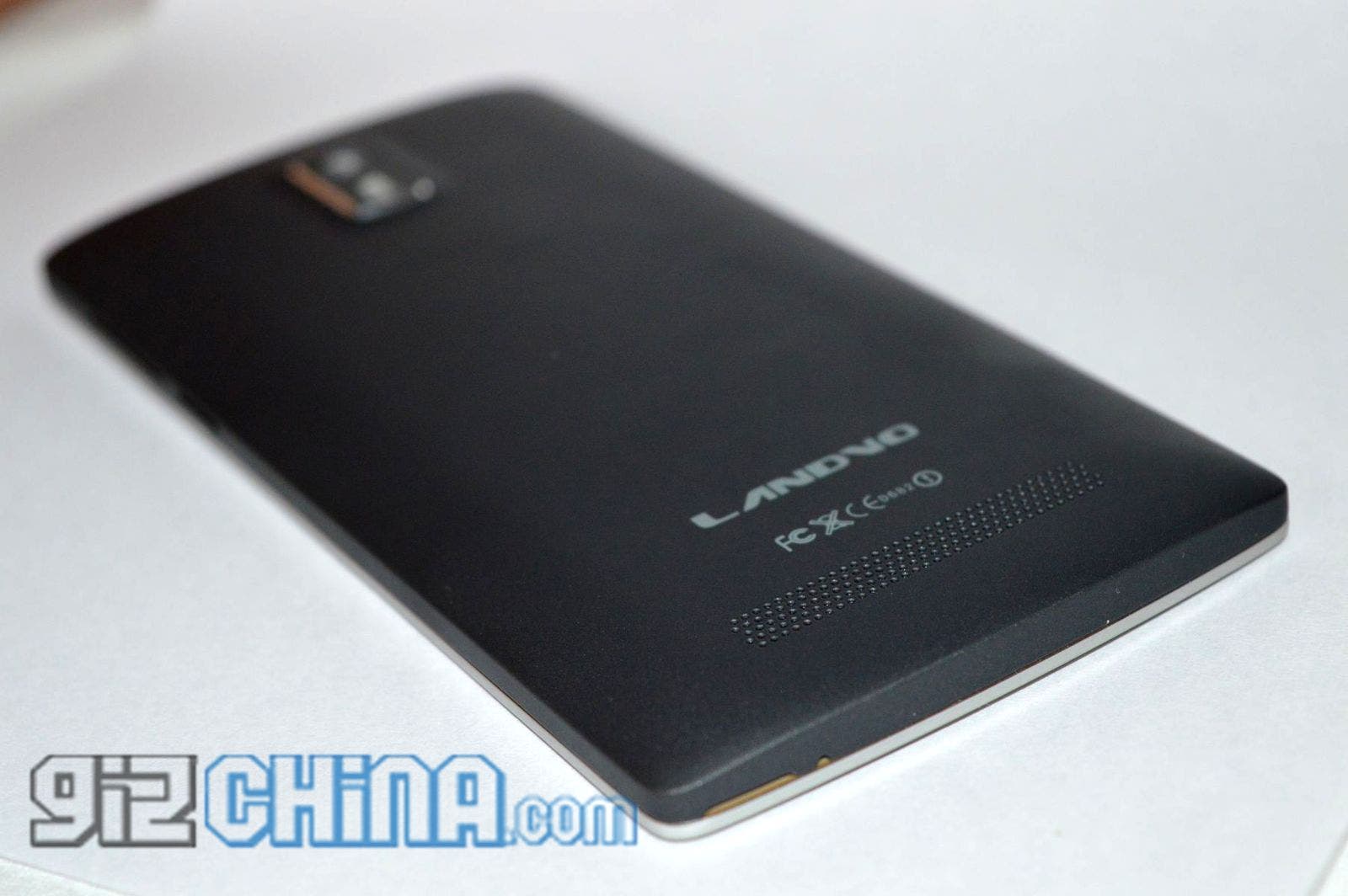 In itself, the Landvo L200S is a good phone for anyone who’s looking to get fast LTE data on a budget device. Like every other product on the planet (save for the cheeseburger), there are some flaws on the device… which include, and are largely limited to, the ones listed above. If a phone like the Cubot S168 can be bought for around US$80, the Landvo L200S should go for not more than US$100-110. Yes it has an LTE modem, but then it certainly doesn’t cost half as much as the other components’ cost combined. You can expect to pay a premium for your want (read: high-speed data), but even then at US$125 the Landvo L200S is about US$15-20 over what it should be priced.

Thanks again to popular online store Geekbuying who made this review possible. The Landvo L200S can be bought from their store by visiting this link. As a special offer for GizChina readers, the coupon code BHDQPNEZ can be applied at checkout to avail a $8 discount!