THL have confirmed that they plan to take part at MWC this year where they will launch their latest flagship phone. Here are the latest THL 2015 details.

Last week we posted exclusive details about the THL 2015 which showed off a striking metal chassis and seemed to show a fingerprint scanner to the rear. This morning another leak popped by the GizChina office confirming the fingerprint scanner and a few other details.

First up, this leak does confirm that the THL 2015 will get fingerprint security, however it is the older ‘swipe’ style fingerprint scanner rather than a more modern approach. As you can see the images shows a slim scanner which requires the user to swipe their finger across for the phone to read and decide if it should unlock or not. This is the same tech as found on the Vivo Xplay 3S which was announced late 2013, and is a little low-tech compared to some of the newer options. 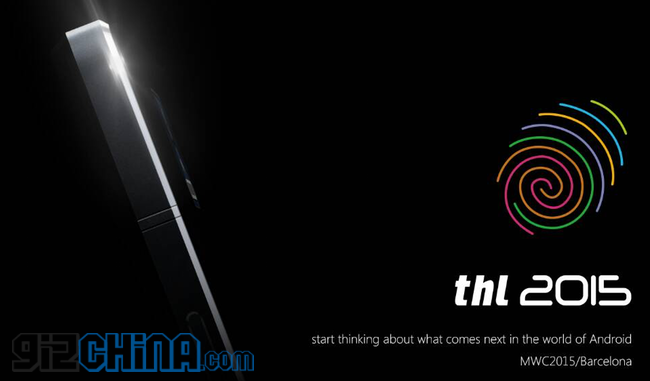 In comparison the Meizu MX4 Pro, Oppo N3 and even the new Elephone P7000 use a touch scanner that simple needs the user to press their fingerprint on to it for a fast unlock.

Other details confirmed by the leaked image are the placement of the main camera (in the center of the rear) and just a single LED flash.

We hope to see more from THL during MWC as well as get some hands on time with their new range of phones.

The THL 2015 is already up on some sites for $245, we will have to wait until MWC to see what the final specs and price is.

Previous Oppo Find 7 and Find 7a users get ColorOS 2.0.5i update

Next Meizu m1 note gets the teardown treatment