Could OnePlus be shipping the OnePlus One without Cyanogenmod branding? A recent photo from the US suggest it is a possibility!

When the OnePlus One launched it drew in a lot of attention for its pricing, specifications and of course the fact that it came preloaded with Cyanogenmod out of the box. With CM installed as standard Android fans had a phone that gave the stock experience they demanded with the killer performance.

Since the initial launch there have been of few bumps in the road and with recent issues regarding Cyanogen’s exclusive deal with Mircomax in India the partnership looks like it’s heading for a possible split.

A sign of that split may already have appeared as one OnePlus customer in the U.S posted an image of a recently purchased OPO that he claims doesn’t have CM branding. The image is of pretty poor quality and may have been edited to remove the CyanogenMod logo, but with the above issues in mind it could be genuine. 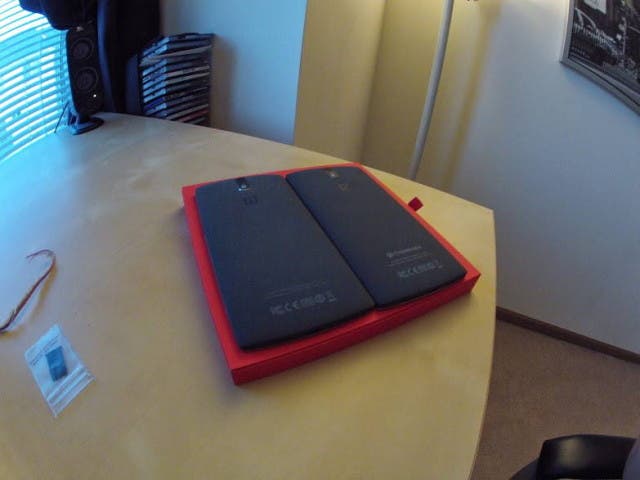 OnePlus are currently working on their own ROM and will release their next flagship phone later this year. Only time will tell if it will get the same Cyanogen backing.

Previous Hands on photos of the Meizu m1