Xiaomi ROM developers have managed to hack their way to getting Cyanogenmod 12 based on Android 5.0 Lollipop on to the Xiaomi Mi4.

A few days ago  Xiaomi reached out and asked for 50 beta testers for the development and testing of MIUI V6 based on Android 5.0 Lollipop for Xiaomi Mi2 / Mi2S / Mi2A. After hearing this news many Xiaomi fans were a little confused as to why the Xiaomi Mi4 had been missed out from the testing, but not to worry as Lollipop is already landing. 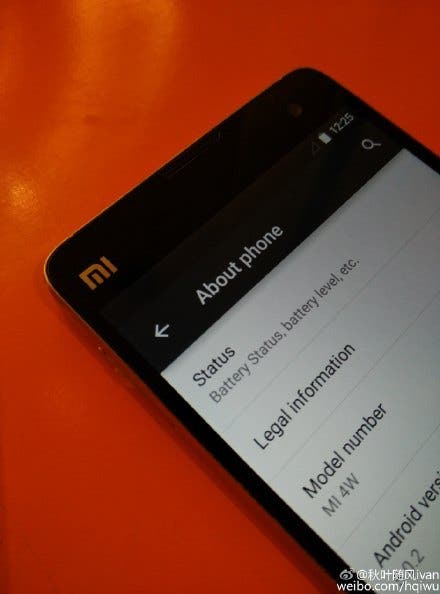 Posted on Weibo yesterday are these images of the Xiaomi Mi4W (W for WCDMA) running an unofficial port of CyanogenMod 12. The verson of CM12 shown in the photo is based on Android 5.0.2 Lollipop. Great news for all Mi4 owners who want to try a new ROM.

Of course the images are a far cry from an actual ROM being release for the phone, but it is a comfort to see that developers are on top of things and seem to be making progress.

Next Update: OnePlus releasing their own ROMs named H2 0S and Oxygen OS

First Look At Nubia UI Based On Android 7.1