Mlais isn’t the most talked about Chinese OEM here at GizChina, but the company has had its share of good days in the past. Mlais is best known for making devices such as the MX69 Pro phablet, the Note Pro, etc. For some reason though, we stopped hearing pretty much totally about the company in the past year or so. They’re, however, back and as you shall know after reading this review, back with some style!

The newest Mlais phone to have landed on the Chinese smartphone market is the Mlais M9. It’s one of those phones that you can easily miss in this cut-throat market; but if you do end up with it, it’s really a peach of a phone. It doesn’t have the specs sheet of a flagship killer, nor is it the cheapest phone on Earth… but thankfully, like a few other phones we’ve managed to get our hands on, it’s worth whatever it costs, and it does whatever it’s advertised to do.

If you’re wondering what we’re talking about exactly, go ahead, read our review of the Mlais M9!

The Mlais M9 is one of the better sub- or around-US$100 phones that we have had the pleasure to test the past few months. However, the value for money aspect is hindered thanks to the lack of a properly functioning GPS module; if that isn’t you, though, the phone is a certain winner with features like gesture wake, anti-theft (wipe, lock, etc.).
Show
Hide

Mlais M9 Review – In the box

In the good looking retail packaging of the Mlais M9, you find the following: 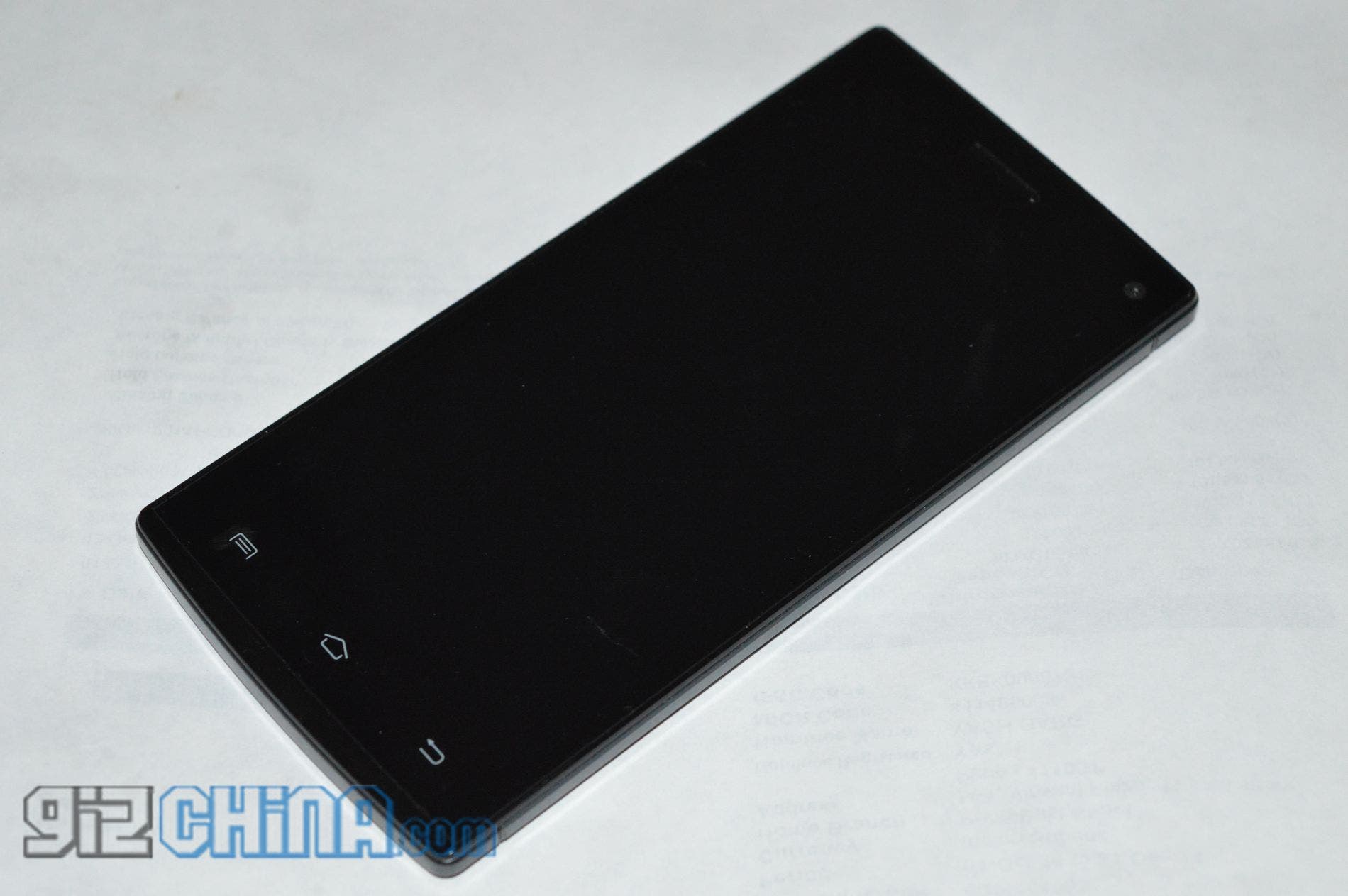 The moment you take the phone out of the good-looking retail box, you’re convinced the phone isn’t great quality because of the surprisingly light weight (despite it having a 2800mAh battery, which you expect to be heavy). However, once you do start using it as your ‘daily driver’, the perception you had changes… and within no time. The device is made up sturdy yet lightweight material, which makes for a great combo if you ask me. The design too is very pleasing to the eye, and the 5-inch screen means the phone is very usable in one hand. It has a little OPPO Find 5 to it, but certainly not enough for it to be called a clone of the latter. 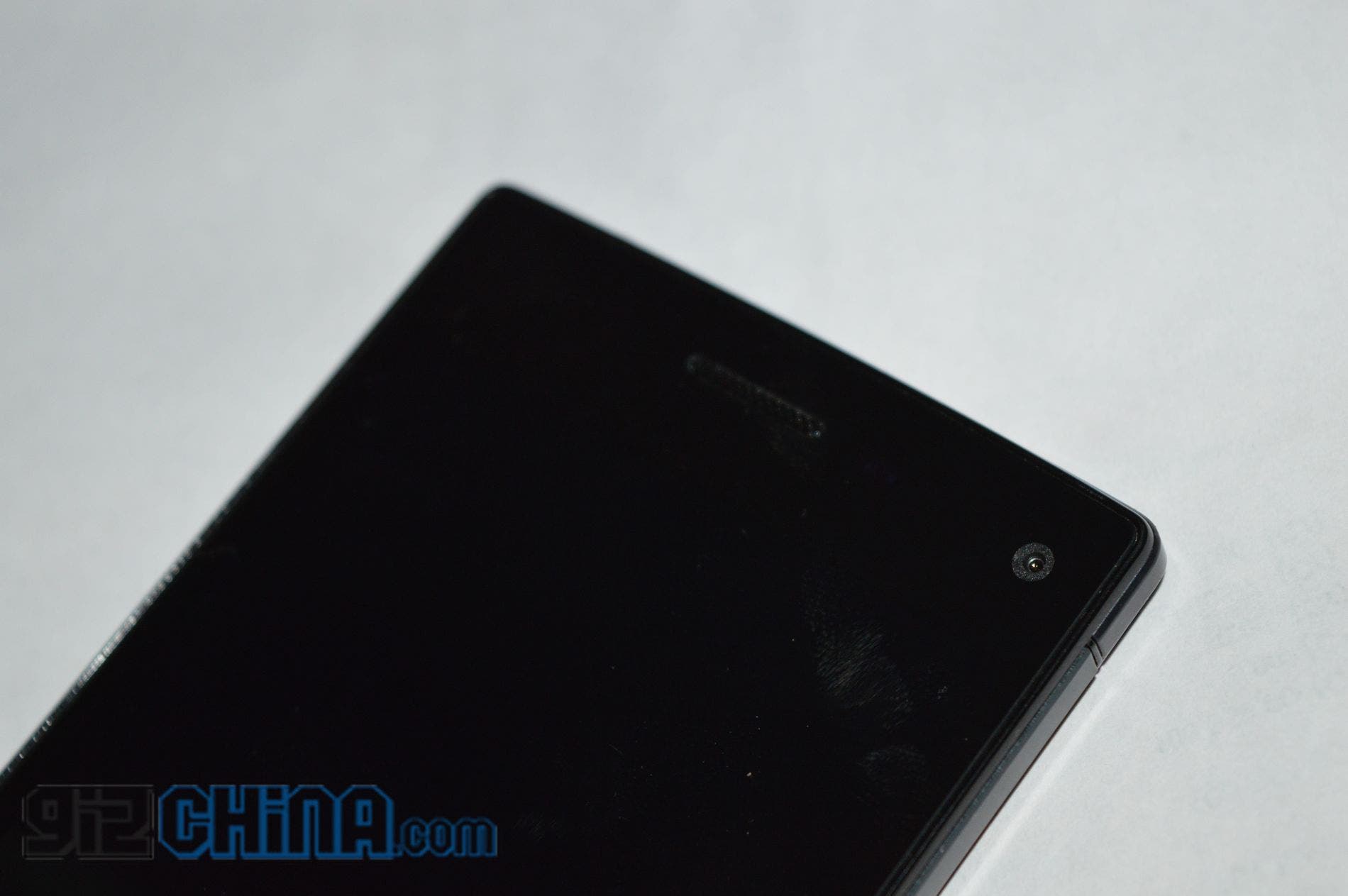 In all, I’m very happy with the design and the build of the device. There’s also a free snap-on case thrown in inside the package, which makes for a nice addition… however, the case covers on the rear of the phone and the corners. Depending on how popular this phone gets, you might see some more third party cases, or perhaps some from Mlais itself in the future (not that there’s a dire need for one, no).

The last MT6592 phone that landed on my desk was the Ecoo Focus E01… and unfortunately, it wasn’t really a great performer. The reason behind that could be the fact that the Focus has a 1080p display, which the octa-core MT6592 probably finds hard to push. Whatever the reason be, it doesn’t apply to the Mlais M9 thankfully. In fact, the Mlais M9 comes with the ‘knocked-down’ version of the MT6592, aka the MT6592m which runs at 1.4GHz as opposed to the 1.7GHz on the ‘normal’ MT6592. Even then, the Mlais M9 manages to be a top performer, when you take into account the fact that this phone is available for only around US$100. In my books, it makes way more sense to go for a phone like this one than to spend on something like the Ecoo Focus E01 simply for the fact that it has a 1080p display. One can now safely say that the  quad-core MT6582 has been replaced by the MT6592m/MT6592, even on budget phones.

Power users might be put off by the fact that the Mlais M9 has only 1GB RAM. While there’s no substitute to actual RAM, a well-optimized operating system can do wonders. Which, on the Mlais M9, is the case. It’s again a near-stock Android 4.4 KitKat ROM, but the phone handles multitasking much better than other MT6582 phones with the same amount of RAM. Being a user of the Mi 4 (which has 3GB of RAM), it is often problematic for me to switch to phones with 1GB RAM. While I certainly did miss at least an extra gig of RAM on this phone, it wasn’t as much as I did while testing some other phones.

In a nutshell, the Mlais M9 can make for a very decent primary phone if you aren’t a very heavy multitasker. 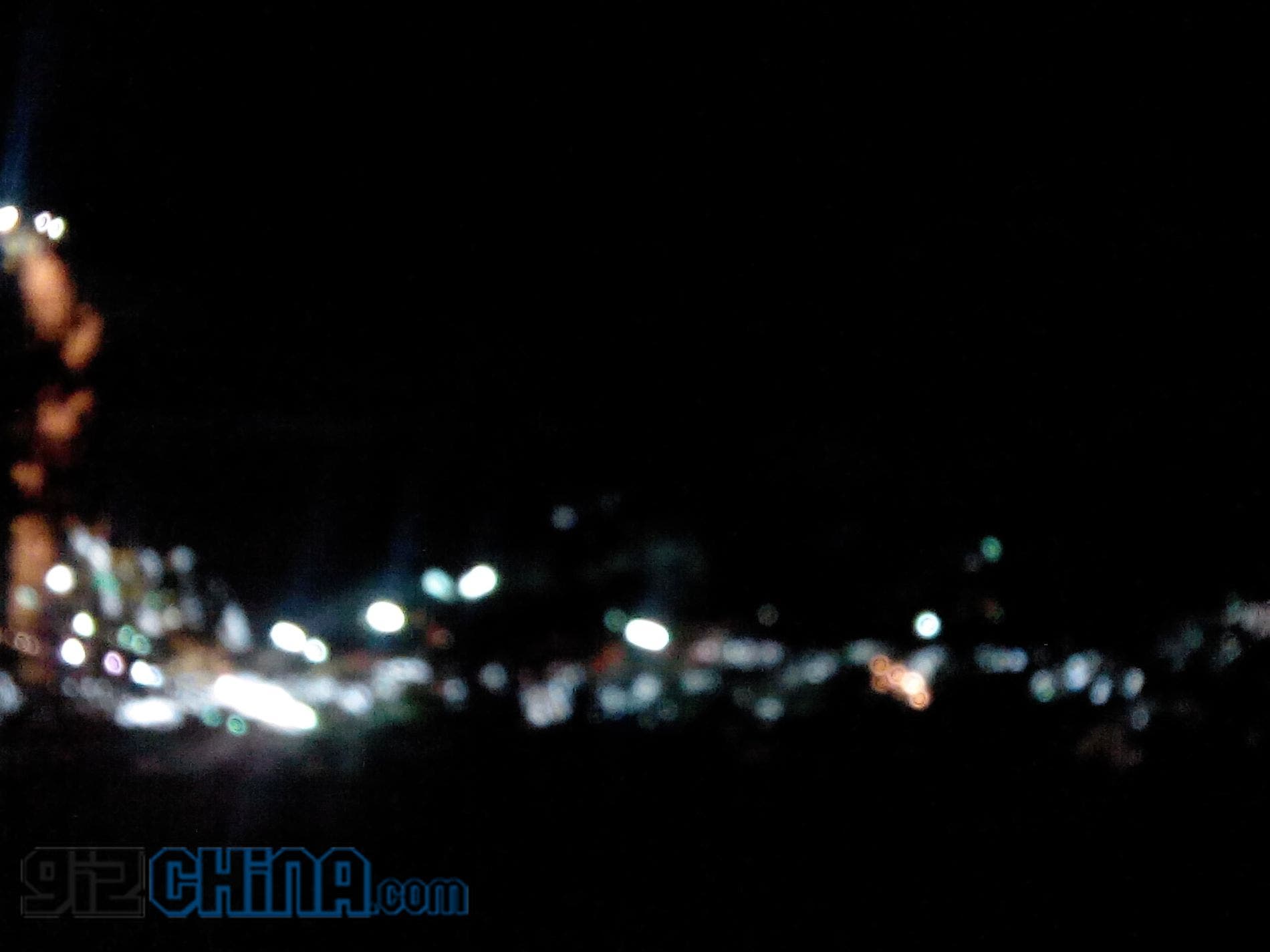 The camera module that sits on the rear of the Mlais M9 is pretty much the average budget phone camera that we’ve been seeing on phones of this price. It has a decent dynamic range, but then lack of proper sharpness takes away a few points. Almost any phone can take decent landscape photos in daylight, which is the case here as well. Most phones also are extremely poor with pictures when flash is on, which is where the Mlais M9 thankfully does much better. Flash isn’t overpowering, and doesn’t completely flush out the colours, although there is certainly a lack of detail. Speaking of flash, the Mlais M9 comes with only one LED.

I’m pretty happy with the speed at which the phone takes and saves pictures, which is thanks to the MT6592m. The one thing that I would like to have seen on the Mlais M9 camera would be greater sharpness. You really are left wanting when your subject isn’t a brightly lit landscape.

Most phones in this (US$100) range come with qHD displays, which is the case with the Mlais M9 as well. But again, the panel used is of very nice quality, and it is pretty difficult to discern between pixels. In fact, I also enjoyed a few of my TV shows on this phone, and the experience certainly wasn’t as bad as I thought it would be on a 540p phone.

The panel is vibrant and like every other phone on the market (almost), it has an IPS panel with great viewing angles. Under settings->display, there’s the ‘ClearMotion™’ option, which although sounds pretty cool, does pretty much nothing to the otherwise brilliant display.

MediaTek powered phones have always been accused of having sub-par GPS performance, something which thankfully started to change in the past few months. Unfortunately, the Mlais M9 doesn’t contribute to that… the device has a poor GPS performance. In three attempts outdoors to get a GPS lock, the Mlais M9 managed to get none. As you can imagine, the result was the same indoors as well. Poor GPS is a big blow to an otherwise superb phone!

Since many Chinese phones don’t get documented very much, manufacturers often tend to lie about specifications that the end-user can’t really check for himself. And what’s an easier target than the battery… OEMs list all sorts of numbers there. Mlais lists the M9 to have a 2800mAh battery, which looks a honest description when you look at the sheer size of the battery, and then the battery performance. In general, the battery life on the Mlais M9 is great. Around 5 hours of screen on time can be achieved on the M9, which according to my book is nearly not bad. In fact, the phone comes second to only the OnePlus One in terms of battery life. Since this has a 5-inch 540p screen, and the One a 5.5-inch 1080p screen, you would expect the M9 to have a better life which isn’t the case, perhaps because of CPU optimizations that are superior on the Snapdragon 810.

Again a near-stock AOSP ROM, with minor modifications. What’s good is that the modifications are for good, and not just some useless bloat and ugly UI. The ROM is based on Android v4.4.2 KitKat, but don’t expect an upgrade to Lollipop anytime soon (although it would be great if that happens). Install your favourite third party launcher such as Nova, and you’re good to go…with an almost Nexus experience.

The additions Mlais has done to the ROM, as mentioned, are quite handy. For starters, the phone supports ‘air gesture control’ that no one in the world ever uses. Then there’s gesture wake, which adds eight gestures that you can bind to specific applications. Comes in handy when you’re in the dark and need to turn on the flashlight and such. However, for me, the most useful gesture was double tap to wake, which I don’t think needs an explanation. The only downside is that you have to keep gesture wake on for this, which means that the phone is also wasting power on listening for other gestures which you probably won’t ever use. Each gesture, however, can be turned on and off which should help.

The software of the phone also allows for some nifty ‘anti-theft’ features. You can also set a PIN which is required to unlock the phone in case of theft, etc. Also, some unique strings are displayed which you can SMS to your number from any of your ‘trusted contacts’, which allow you to (i) lock the phone, (ii) remotely wipe data, and (iii) fetch the anti-theft PIN you set earlier. +1 to Mlais for this!

A few things that haven’t been covered elsewhere: (i) the phone lacks backlit capacitive buttons. It is hard to understand why so many of the Chinese OEMs fail to include a backlight for the capacitive buttons… it doesn’t take much, does it? Something that I also don’t like is the (ii) lack of a notification LED. Most companies just ship their phones with a monochrome LED that lights up when the battery is low, or when you’re charging the phone. The point of which I completely fail to understand! Funnily enough these are two things that apply to almost every other Chinese phone (especially the ’budget’ ones) we’ve tested of late. The M9 also comes with a (iii) vibration motor that’s too strong for the phone’s build. I usually like to have haptic feedback turned on, but on the M9 the phone ‘rattles’ when it’s left on. The lightweight material finally has a downside; not that I was on the lookout for it.

The Mlais M9 is a wonderful phone… with its own shortcomings. It has a beautiful display, offers great battery life and fares pretty decent at the performance segment too. However, the lack of proper GPS performance can be a downer for many. Poor GPS is pretty much the only downside on this phone which is otherwise well worth the money. Features such as double tap to wake, and the handy anti-theft ones make the phone a great device for everyday use, but only if you don’t require the services of GPS very frequently. Even if you don’t, the lack of proper functioning does leave a rather bad taste, something which we hope is addressed in future phones of this segment.

Chinese OEMs need to stop this habit of theirs of making phones that have a lot of potential but are let down by some silly shortcomings!

The Mlais M9 smartphone can be had for around US$100 from popular China-based e-commerce portals such as CooliCool.

Next China get's a new flagship: Everything you need to know about the Manta 7X