Which of these 64bit MT6752 smartphones is better to buy? The Meizu m1 note or the latest Ecoo E04 Aurora?

There has simply been no better time than 2015 to be a fan of Chinese smartphone. The current generation of 64bit Chinese phones are better than ever, thanks to Mediatek’s strong processor line-up and Chinese manufacturers years of building the best specs at the lowest prices.

The only issue with Chinese phones now is which one should you part money with to own?

Below we take a good close look at the latest Ecoo E04 Aurora Android smartphone vs the Meizu m1 note. With the same processor, the same size screen and similar hardware which phone is better to choose? 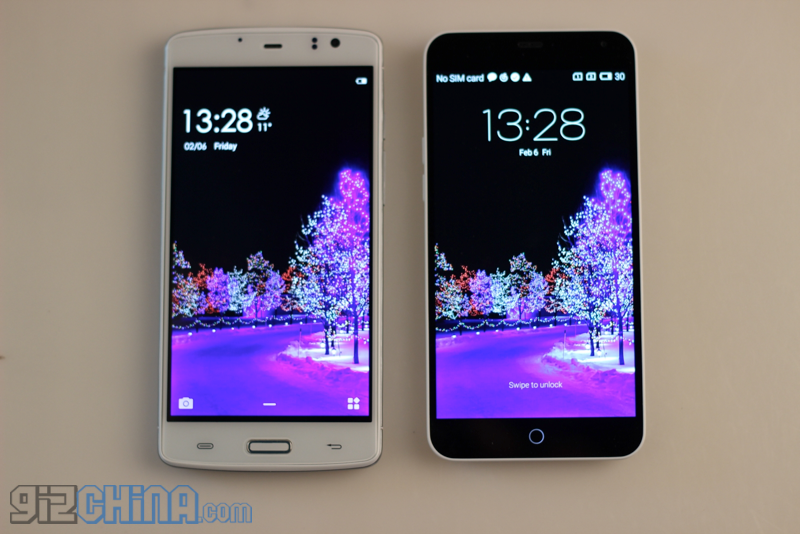 Both the Ecoo E04 and the Meizu m1 not feature a 5.5-inch display, but the Ecoo manages to be slightly longer than the Meizu, but retain a similar width. In the hand this means both phones feel similar, and due to the screen length it’s not easy to reach the very top of either unless you have large hands.

Meizu uses a magnesium chassis inside the polycarbonate shell of the m1 note. The result is a lightweight chassis that feels comfortable and solid in the hand. 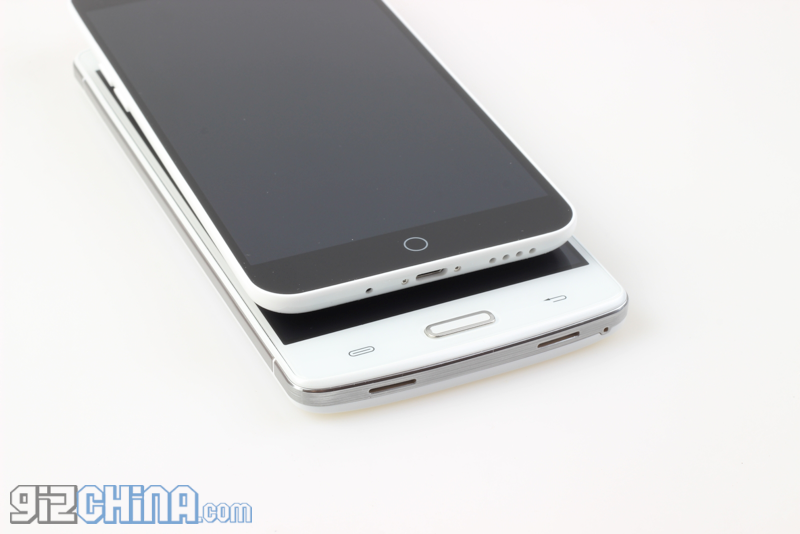 Ecoo have gone for an alloy chassis on the E04 Aurora, which is visible around the edges of the phone. This is especially notable in the base where the dual speakers are located, as opposed to the Meizu’s single speaker. 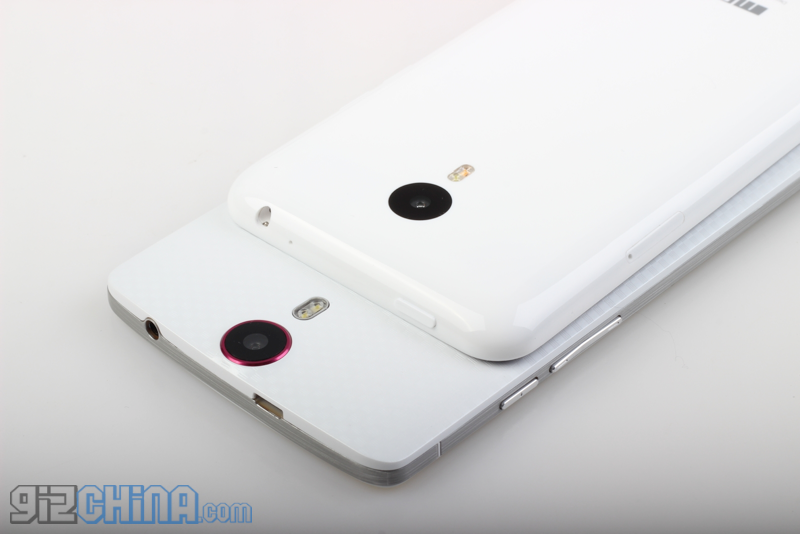 Physical controls are located on the left edge of the Ecoo E04 with the micro USB and 3.5mm headphone jack at the very top. The m1 note has a sIM tray on the left where dual SIMs can be inserted. 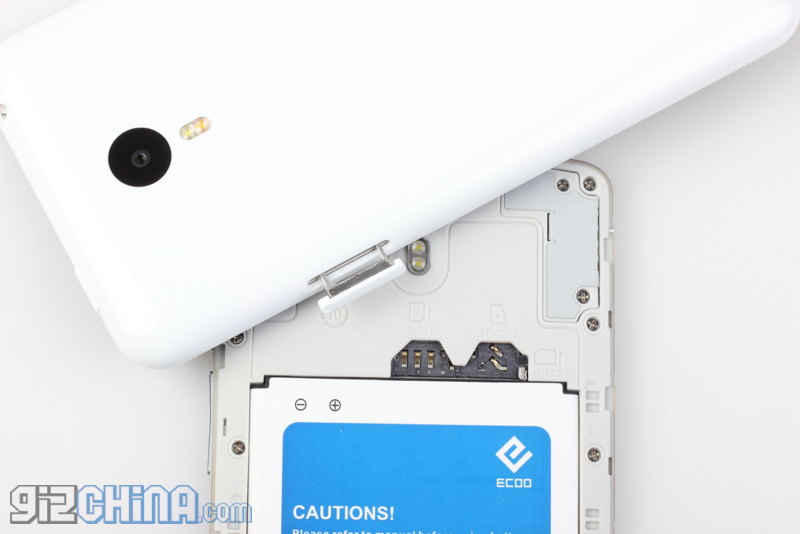 To get at the dual SIM slots and the micro SD card locations on the Ecoo, the Aurora has a more traditional removable rear shell. Removing the rear also let’s you access the removable 3000mAh battery. 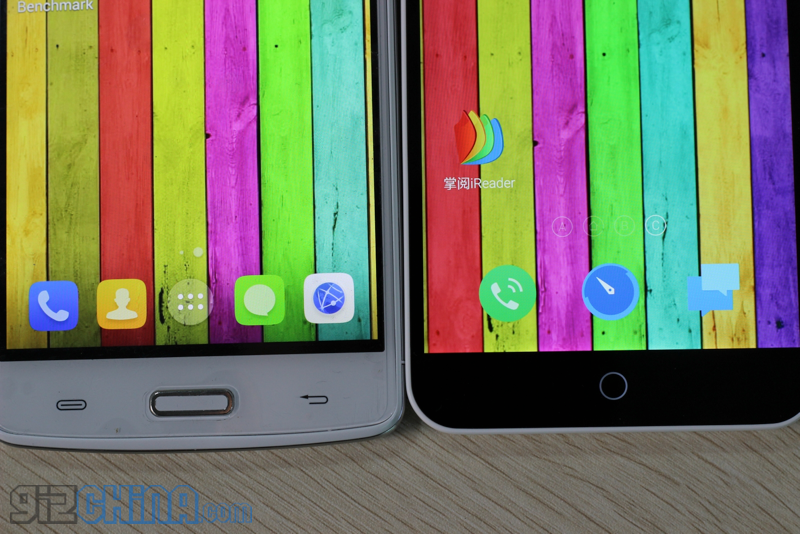 Looking at the Ecoo and Meizu m1 note from the front we can see the Ecoo device has capacitive chin buttons rather than Flyme’s smartbar. The main home button is different too. Not only is it a physical home button but it houses a fingerprint scanner more similar to the Meizu MX4 Pro.

Another notable feature of the Ecoo E04 is the 2.5D display. What this means is the display is thinner at the edges giving a nice smooth transition from the edge of the screen to the center. This type of screen is also found on the Xiaomi Mi Note and also the IUNI U3.

On paper the Meizu m1 note and Ecoo E04 should have very similar performance. Both phone uses the same 64bit MT6752 octacore processor, 2GB RAM and a 5.5-inch FHD display.

We’ll wait for the full review of each model before running all the benchmarks, but from Antutu and Quadrant score we can see that the Ecoo does have a very slight benchmark advantage over the Meizu m1 note.

Both phones are suitable for an Android 5.0 Lollipop update which will make better use of the 64bit architecture of the MT6752 octacore chpset so expect benchmarks to greatly improve in the coming months.

In actual use both phones handle everyday workloads from gaming to social network apps without issue.

When it comes to the rear camera’s both phones look similar on paper, but in tests the Ecoo E04 actually offers brighter colours.

Below are sample images taken with the Ecoo E04 Aurora and Meizu m1 note. Both phones can take great photos in bright daylight, but it really comes down to personal preference to which you like the most.

Personally I prefer the more saturated photos captured with the Ecoo’s 13 mega-pixel camera.

The Ecoo E04 Aurora and Meizu m1 note offer similar features and offer very similar performance. At the time of writing only the Ecoo E04 is available for international purchase with support for FDD-LTE and WCDMA networks, the m1 note is only on sale in China with TD support. 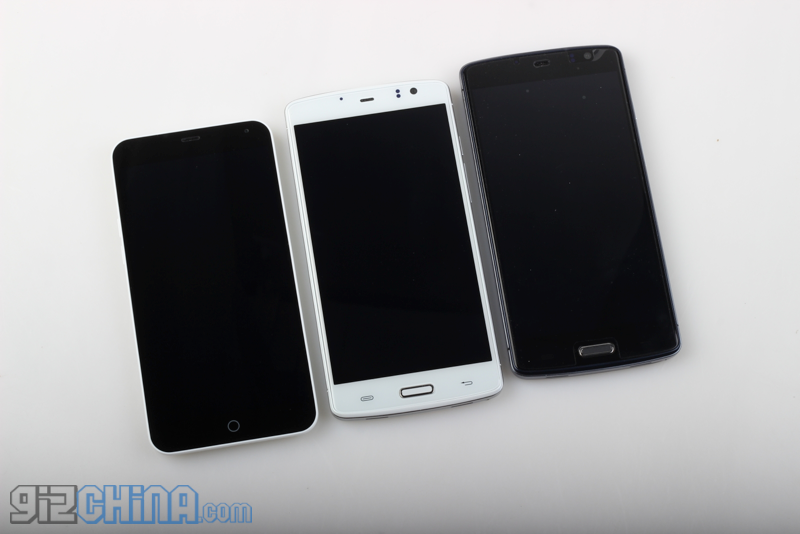 Where the Ecoo beats the Meizu is with the finger print security, removable battery and slightly higher performance. The Ecoo E04 also has a low international price tag of around $189.99. The Meizu m1 note international price hasn’t been revealed but looking at the higher asking price of the MX4 and MX4 Pro, $250 isn’t out of the realm of possibility.

Looking at the two phones together which would you opt for given the chance?