Huawei released their first ever Android watch at MWC and we got some hands on time with it. Here are our thoughts.

It’s always a little worrying to try a new device, especially when the designer of the thing is standing over you and constantly asking if you like it or not. For a first attempt at the Android Wear market that Huawei Watch is a very good start, but being a first generation device we saw a few issues and areas where we would like to improve.

Full specs of the watch weren’t at hand, for example Huawei wouldn’t tell us what size batter the Huawei Watch has, but confirmed that with light use you should be able to get around 2 days of usage from it. They also wouldn’t tell us the pricing, but from their comments we believe that it could cost more than the Moto 360 and latest LG Android wear watch!

What the Huawei Watch offers is a traditional watch design with round screen and stainless steel body. The body is scratch resistant and comes in either gold, silver or black and fastens to your wrist via a leather or plastic strap. If you don’t like those options you can simply choose a standard watch strap of your choice.

Huawei have opted to give their watch a single button that can also twist. On the demo watches on hand at the Huawei city in MWC, pressing the button would wake the watch up, and holding the button down would bring up the settings menu, twisting hasn’t any function from what I could see (yet). 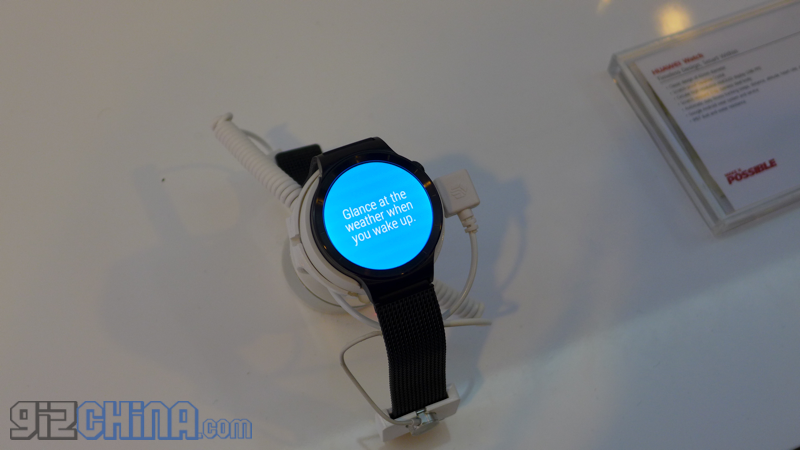 The round screen is an AMOLED panel and offers impressive brightness, I feel you wouldn’t struggle viewing the screen even in very bright sunlight. The round screen is protected by the stainless steel body which creates a lip around the glass panel, all the way to the rear where charging pins are located. 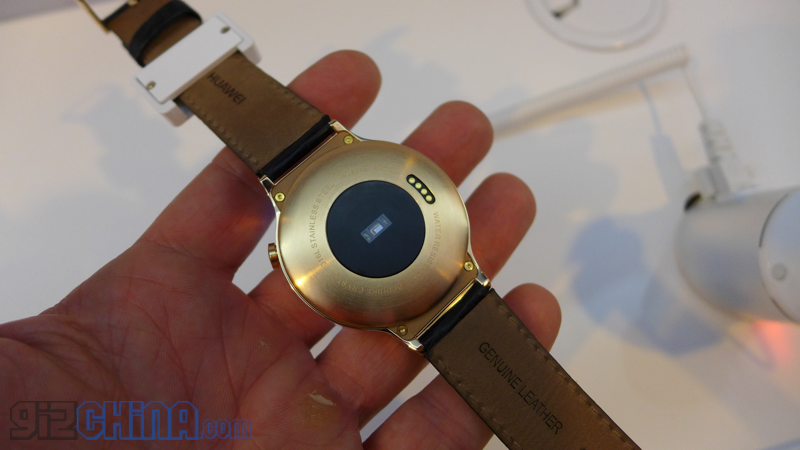 Those of us testing the watch noticed that in certain apps the text would come to close to the round edge of the display and be slightly cut off, which could well be down to the early nature of the watch and the OS it is running. Testers were also split on the overall thickness of the watch. I personally found it ok, but others trying it thought the Huawei Watch is too bulky.

While some specs and pricing were not revealed Huawei did say that this won’t be their only Android Wear watch and their next device will be a more premium product.

I made a few short videos of the Huawei Watch and will upload them later when I have a better internet connection.