Known to be one of the slower animals on the planet, the Snail has now lent its name to a new Android console hardware maker from China.

I stumbled upon snail purely by chance, but had to go in to their large booth to check out their Android gaming wares, and also ask them why the thought ‘Snail’ was the best name for a gaming hardware maker. On display were the Snail W3D Android smartphone with built-in gaming controls and the Snail Obox games console.

I was unable to demo the Snail W3D but according to the specifications the device boasts glass free 3D, an octacore MT6592 chipset, 2GB RAM and LTE. A 5.5-inch display sounds about standard these days for an Android phone, but due to the fact that the Snail W3D has those dedicated gaming buttons, the device is actually a lot larger than many standard phones on the market. That said though the specs (including a 13 mega-pixel main camera) are very good considering the Chinese RRP of only 1000 Yuan! 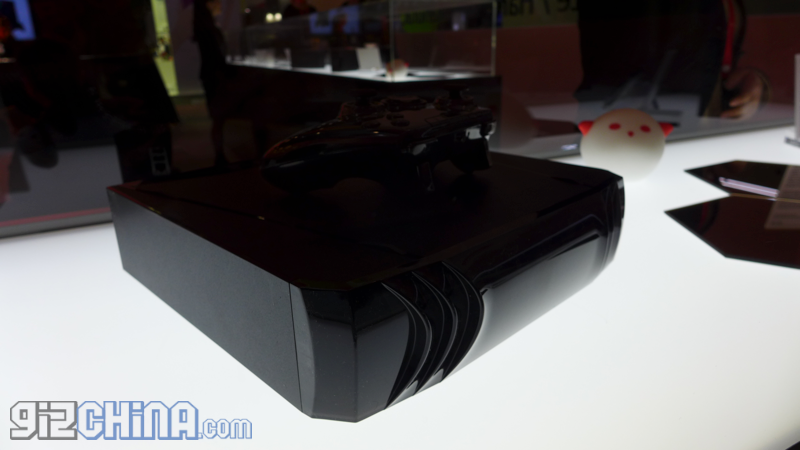 I did manage a short demo of the Snail Obox and from the game I tried the graphics and control was extremely smooth. Hardly surprising considering the Android based home gaming system packs in an Nvidia Tegra K1 processor and 4GB RAM. There is even scope to add additional hard drives to the Obox up to 500GB in size. RRP in China for the Snail Obox is 1200 Yuan, not at all bad.

During my visit I also brought up my thoughts on Snail not being the best name for a fast Android gaming platform, you wouldn’t expect Ferrari to make a car named the Snail would you? Apparently the name was chosen as they like the philosophy of the Snail. Slowing moving and fighting all the way.

What do you make of the Snail Android gaming devices? Keep posted for more MWC content.