The Ubuntu version of the Meizu MX4 is was the device I really wanted to get my hands on at MWC. Keep reading for my first impressions of the Meizu’s latest below.

Having had a lot of hands on time with the regular Android version of the Meizu MX4, I was eager to try out the Meizu MX4 Ubuntu edition to see if the powerful hardware could happily run Ubuntu as well as it runs Flyme. 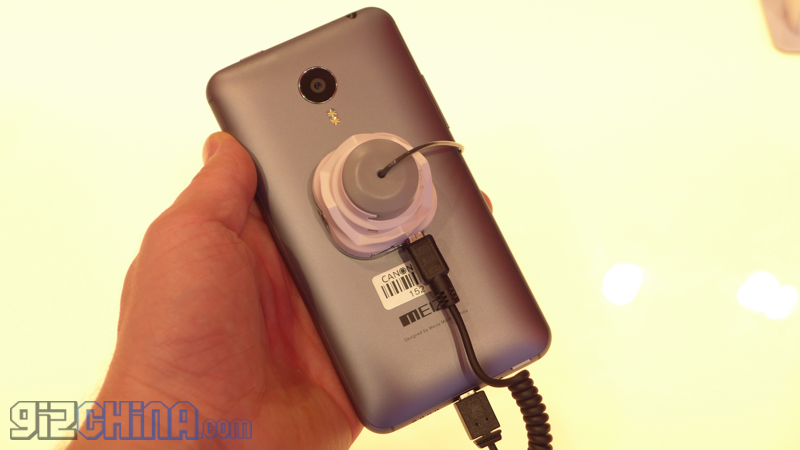 From a hard wear point of view the Ubuntu version of the Meizu MX4 is exactly the same as the Android model. You get the same 5.35-inch display, 2GB RAM, octacore MT6595 processor, LTE and Sony 20.7 mega-pixel main camera, but what you don’t get is Meizu’s Flyme OS.

As Ubuntu is just coming to phones there aren’t many people out there familiar with the gestures or controls which makes using Ubuntu on the Meizu MX4 quite the learning experience, being familiar with Meizu devices and Flyme makes things even more confusing.

With no onscreen smartbar to navigate around the OS, and the fact that gestures controls on the home button (and the home button itself) don’t work you really are starting from scratch. Navigating through Ubuntu on the Meizu MX4 is all done with swipes. 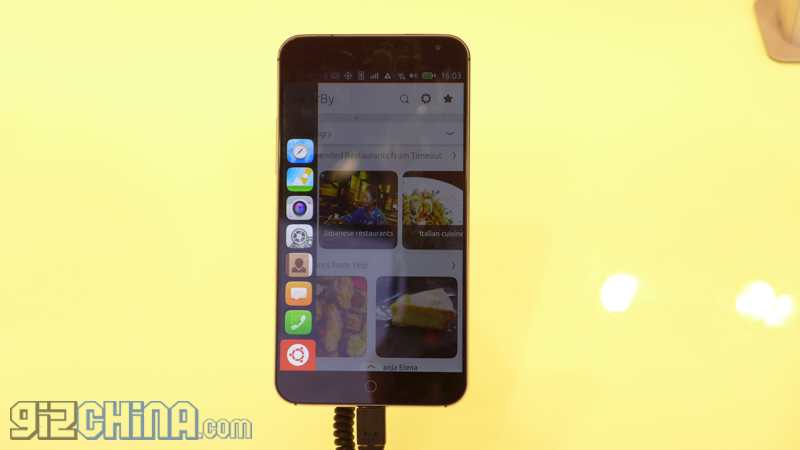 A swipe from the left edge shows you your applications, a swipe from the right shows the apps that are running in the background and lets you flick through them or clear then away with a flick, and swiping down bring up the settings (swiping left and right lets you move through different options).

While I was being talked through the Ubuntu Meizu MX4 it was made clear that this is not a final production version of the phone and if I wanted to experience that I should move on to the BQ device also on show. Ubuntu on the Meizu MX4 runs very smoothly but in it’s current form it does have bugs and not everything is working how the Ubuntu team would like it too.

Performance of Ubuntu on the MX4 is very good, but having no prior knowledge of the system really made navigation and operating the phone a hit and miss affair. I feel with a day or so with the device I could finally get to grips with it, but compared to an Android device (or iOS) it is a much more complicated UI than some users will be use to.

No launch date was offered for the Ubuntu version of the MX4, but the team did confirm that they hope in the future you would be able to plug your phone in to a display and run Ubuntu in PC mode. Whether that feature will come to the current Meizu and BQ phones wasn’t confirmed.