MWC attracts smartphone brands of all sizes and from all over the world and we were not surprised to see Chinese phone maker Doogee in attendance with two new models.

Doogee had their complete range of affordable Android phones on show for MWC, but it was their two latest models that we were most interested in, the Doogee Ibizia F2 and the Doogee Iron Bone DG750.

Named after the party capital of Spain, the Doogee Ibiza is an MT6732 phone with LTE, 8 mega-pixel main camera and 5 mega-pixel front camera. With only 1GB RAM and 5-inch 540 x 960 display, I imagine pricing won’t be too high, but the device does come with Mediatek’s Hotnot, and it’s all built on CNC machined alloy chassis. 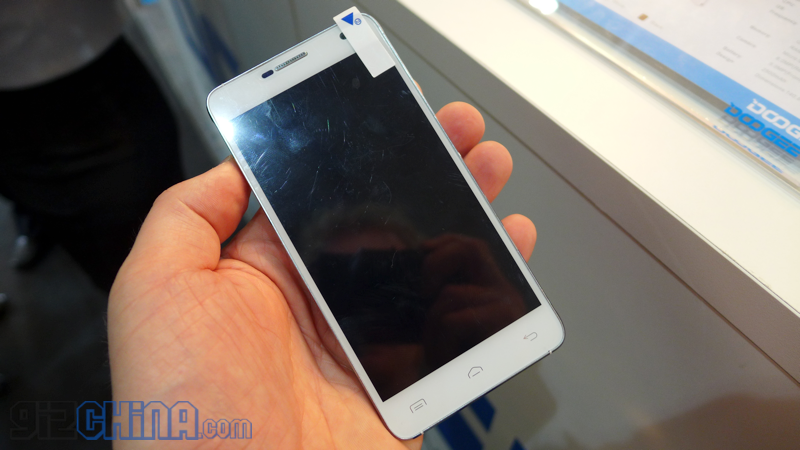 Ironbone is a very odd name for an Android phone, but it came about as the magnesium chassis of the DG750 has been machined to give it a profile not far from a classic cartoon dog bone.

The rear of the Ironbone has a fake leather texture and under the hood we find an octacore MT6592 processor with 1GB RAM and 8GB memory. There is no LTE this time around but there is room for an SD card. Cameras are an 8 mega-pixel rear and 5 mega-pixel front.

Both of these latest Doogee phones are currently running Android 4.4 Kitkat, and we are waiting on Doogee to confirm the final release date and pricing.