Elephone have this knack of making some good looking phones, but in the end delaying production for some reason. While that may be true for a majority of their products, I’m sincerely hoping the upcoming P8000 doesn’t live the same fate, for the phone looks pretty darn good from the outset.

Our sources have confirmed most part of the specifications of the upcoming Elephone P8000. The phone will have not the MT6752, but the next-gen MediaTek MT6753 64-bit SoC, which is essentially a member of the MT6752 family, but will reportedly be a knocked down version of the same with a clock rate between 1.3-1.5GHz through the eight Cortex-A53 cores.

Earlier leaks of the phone pointed at a 13 mega-pixel rear camera that the phone might have, but it turns out that the P8000 might get a 16 mega-pixel shooter upgrade on the carbon-fiber textured back. Looks wise, the P8000 certainly is one of the best looking Elephone devices till date, despite the conspicuous bezels. 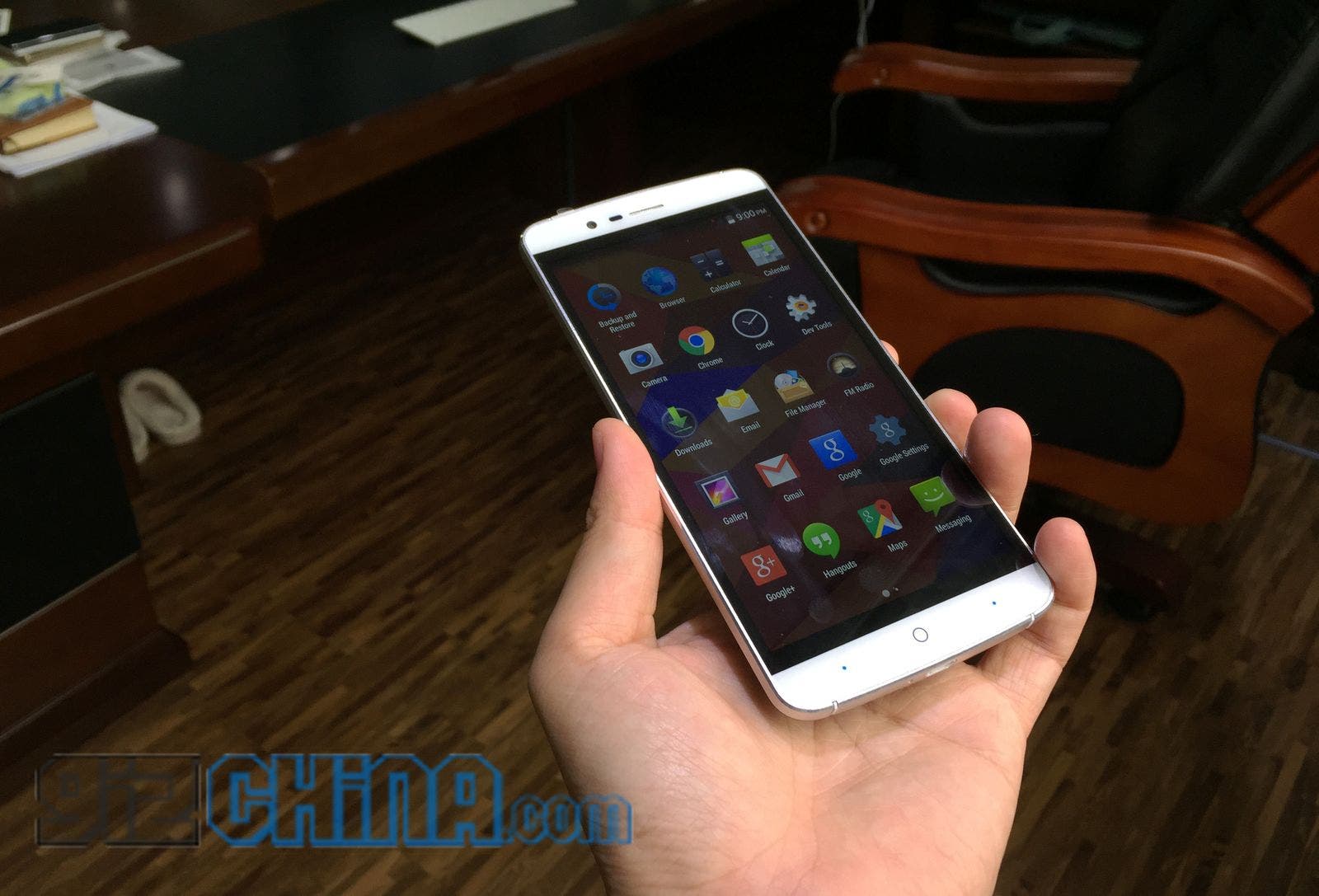 Display specifications aren’t fully confirmed yet… resolution wise. But what’s known for certain is that the panel will be a 5.5-inch once.

According to rumours, the phone will also get Android Lollipop very soon. We’ve seen in the past that Elephone are pretty serious about getting 3rd party ROMs working on their devices, so an official Lollipop update should certainly be a possibility for the phone… but at the same time, the timeline of the delivery is as important.

A 4200mAh battery will power the P8000, which is something I’m liking very much. It isn’t clear as yet if it’ll be a built-in cell or a removable battery, but it may well be possible that its non-removable simply to keep thickness at a minimum.

Elephone have previously shown they love big batteries; the P5000, for instance, had a 5350mAh cell. The upcoming P4000 too is expected to have something around that range!

Also seen on the rear is the Huawei Ascend Mate 7 style fingerprint sensor on the rear, which hopefully will be a ‘touch’ and not a ‘swipe’ type of a sensor.

Coolicool already have a listing up for the device, but it doesn’t seem to be very accurate at the time of writing this article. Nonetheless, if you’re very keen, you can take a look at the listing here.

Previous Top 5 Mediatek MT6752 phones you can own now