Quite a few names decide to try and give smartphone manufacture a shot in China, but as history has it, not all succeed. In fact, the successful : unsuccessful OEM ratio is pretty darn low. Most makers seem to want to make a quick buck by simply slapping their name on pre-existing devices and selling them at a premium to buyers outside of China. Blackview isn’t the newest on the block; the company has been around for a while, and it also often makes appearances at trade shows.

The Blackview Omega is what we’ll be dissecting today in this review, so lets proceed and see just how good the phone is. 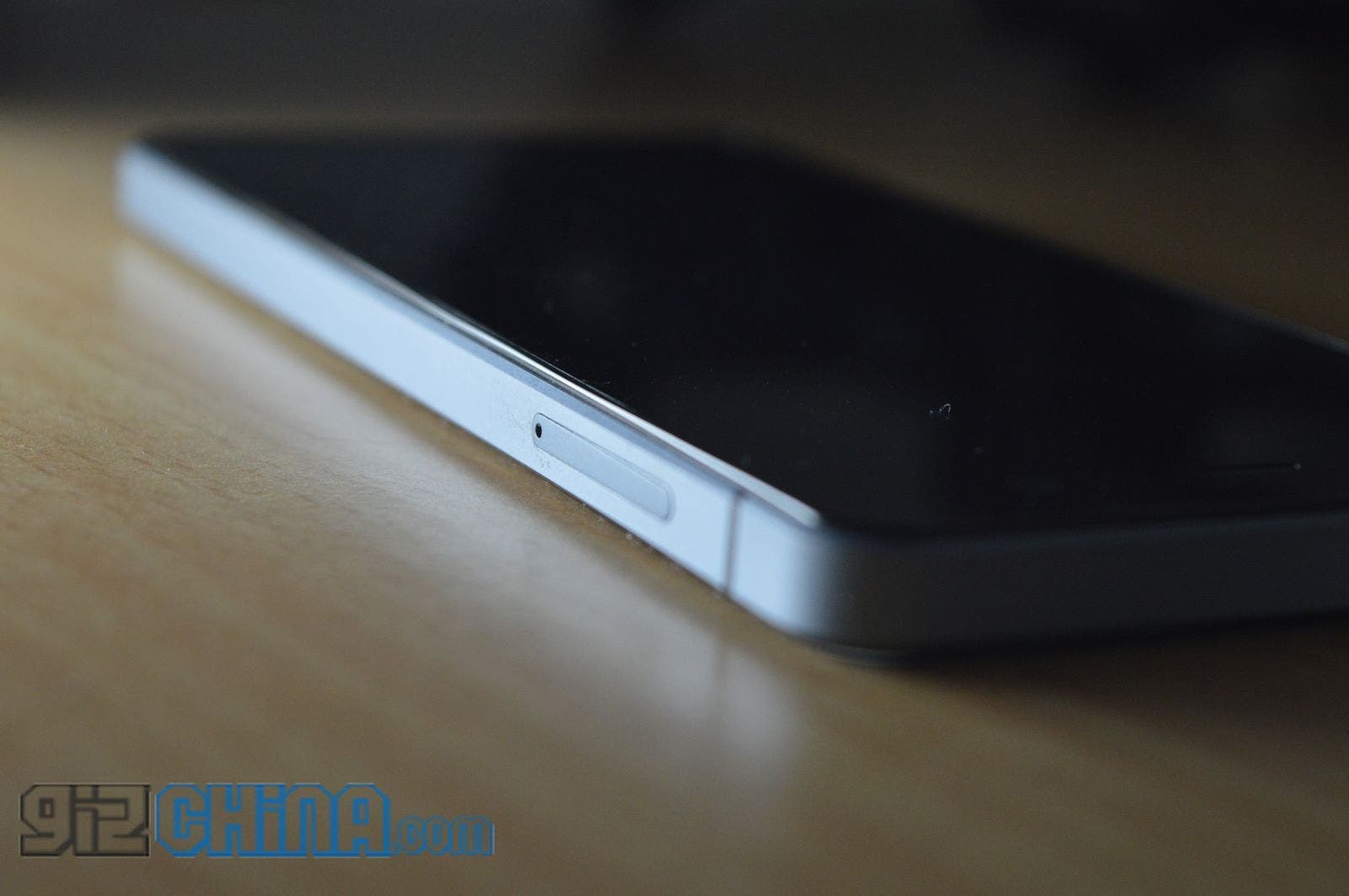 It doesn’t take an industry analyst to tell what design Blackview are going after with the Omega. The phone takes obvious cues from the iPhone 5/5S, and thanks to the 5-inch screen, extrapolates the geometry.

The phone is great to hold and feels very usable in one hand (in other news, is 2015 the return of one-handed-usable phones?). The phone looks very pretty also, with the sand blasted edges and glossy front and rear. In fact, Blackview also bundle front and rear tempered protectors for the Omega. Unfortunately though, the crudeness in the design means that edges can feel uncomfortable after a while, making you constantly change grip while you look for the sweet spot. 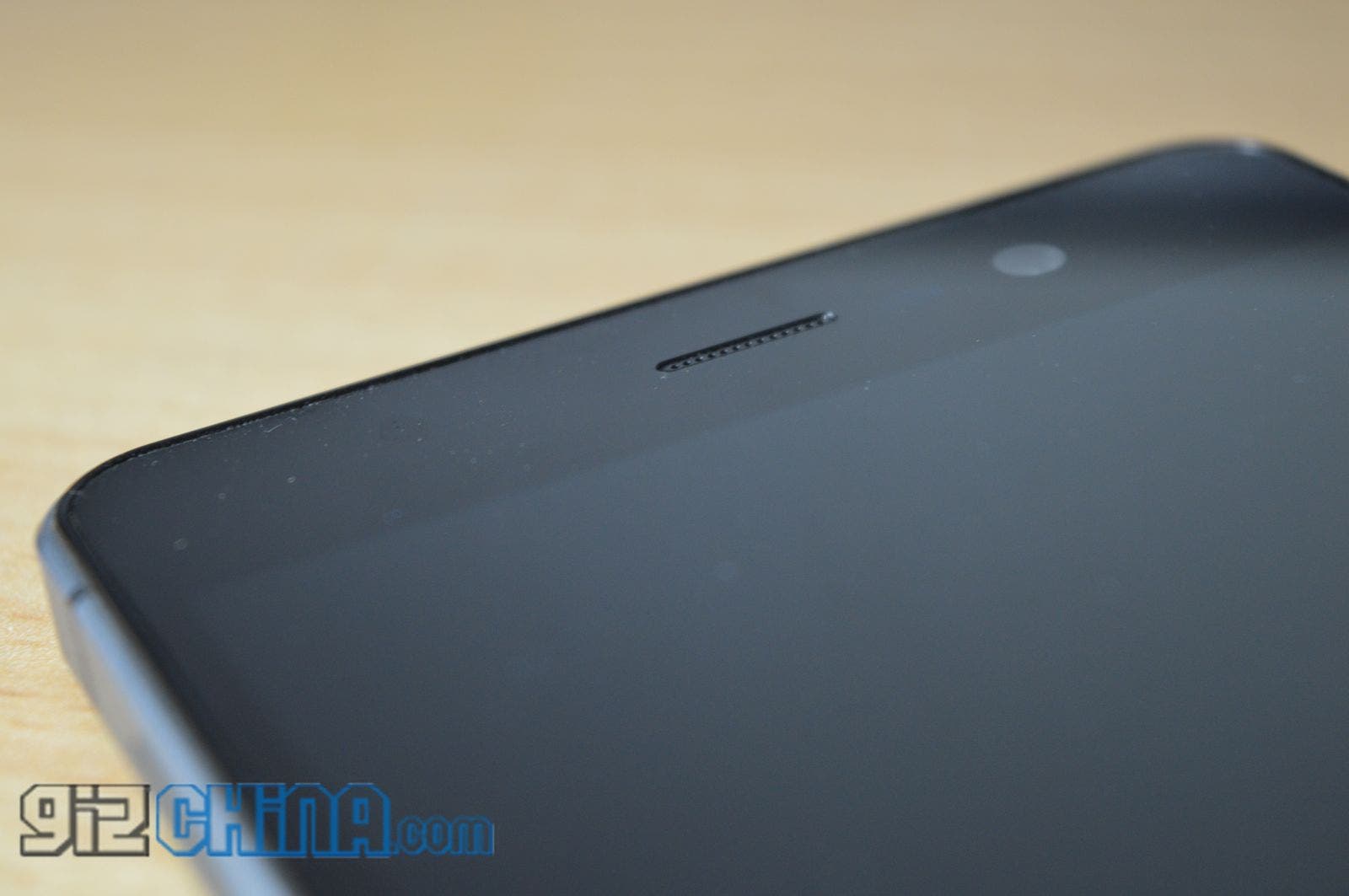 There’s a little metal lip around the screen to ensure the digitizer doesn’t bear the brunt of a careless drop. Unlike other phones, this little lip is more pronounced and certainly feels raised about the screen level.

I didn’t waste any time before applying the glass protector on the rear, and after more than a couple weeks of usage, I’m happy to report that the protector itself doesn’t show any signs of wear; it appears as though the tempered glass protector is pretty scratch proof. I keep my phone in my front (jeans, most often than not). A little side effect of keeping this tempered protector on was that it made the rear of the phone pretty slippery. Not significant when you’re actually holding the phone, but more so when it’s kept on an oblique surface. 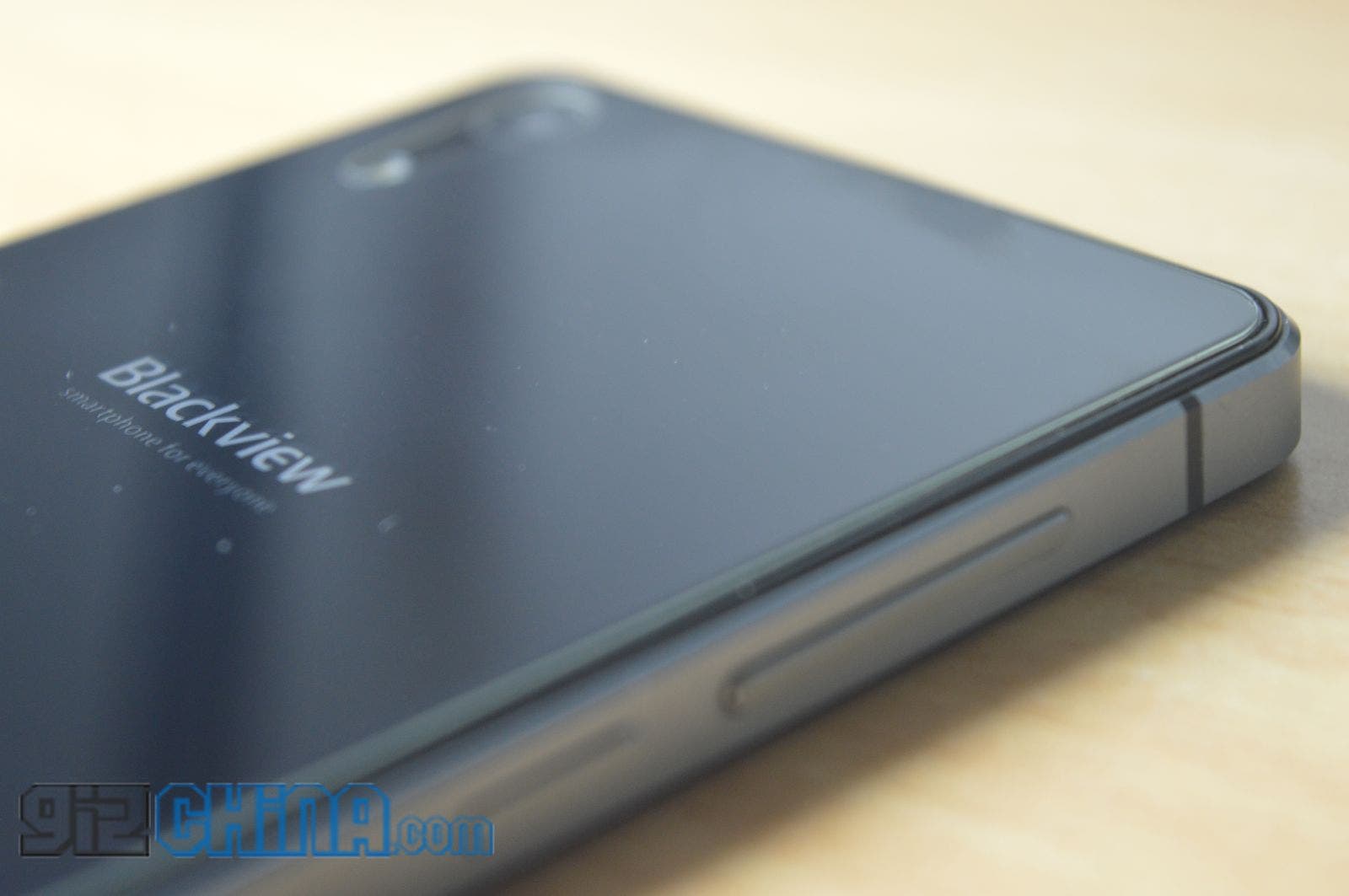 The Omega has it’s SIM slot on the right edge, whereas the volume and power buttons call the left edge their home. There’s a 3.5mm audio jack on top along with a micro USB port on the bottom edge of the sleek looking phone.

So, in all, the phone scores high build quality wise, but it doesn’t have the most ergonomic design. 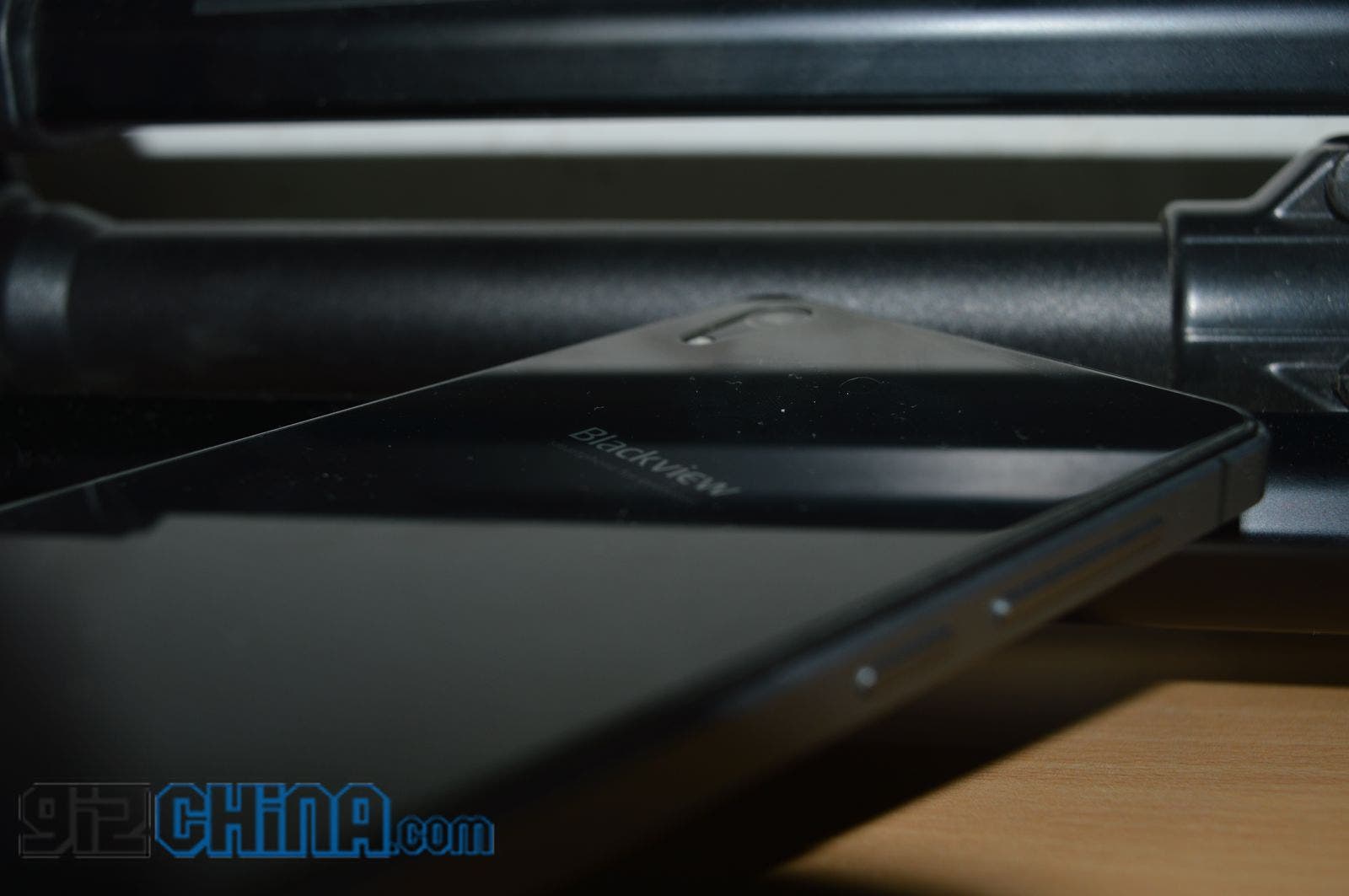 If you’re looking to purchase an entry-level to mid-range phone, the newer 64-bit range from MediaTek is what you should target to have powering the device. The general performance of the Blackview Omega is slow. Unfortunately, this applies not only to 3rd party apps and games, but also other aspects of the phone, such as browsing through the UI, registering swipes, etc.

This unit also had a defective touch screen which fails to register touches in a certain area, which is hopefully a one-off thing. Either way, it is evident that the Omega is more of a looker than a performer.

Thankfully, the WiFi performance of the phone isn’t the worst. The phone does decent WiFi, and catches hold of my home network 30 feet from the router with a wall in between. It would be fair to say the Omega is among the better phones far as WiFi is concerned. This is perhaps speaking too soon (spoiler?), but decent WiFi and a good rear camera are the only things that the phone has going for it, unfortunately.

Moving on to the screen, the 5-inch panel is pretty bright and very usable in daylight, but can sometimes seem a little over-saturated. There’s no Miravision to take care of that unfortunately. Having said that, I must add that it was only a matter of a day or two that my eyes got used to the different characteristic of the display, so maybe it isn’t as bad as it may sound at first. 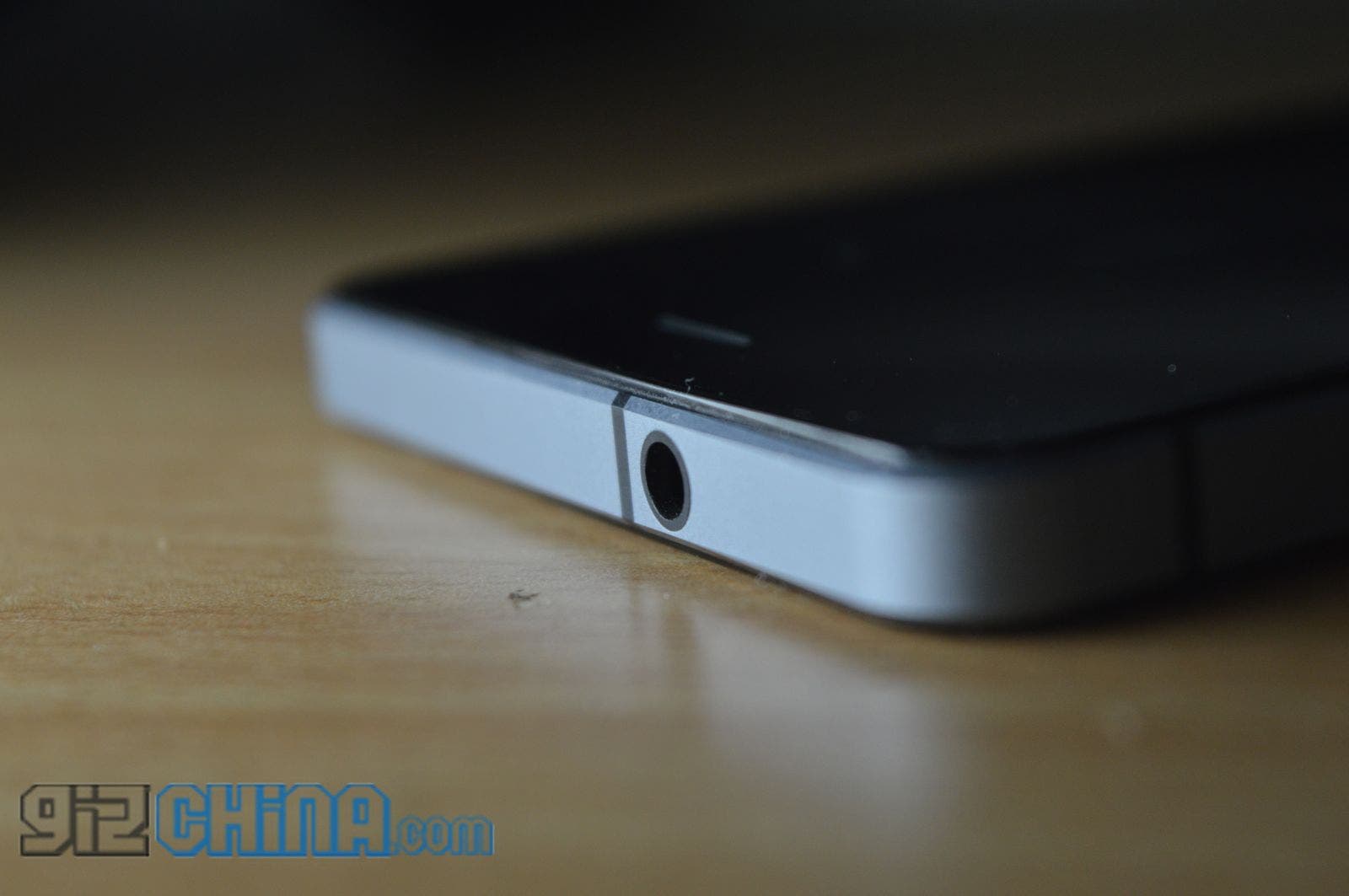 Again, the Blackview Omega’s general sound quality is poor. This does not apply only to the louadspeaker, but also the earpiece which seems to lack (a lot of) volume and sound quality. The sound that comes out from the rear speaker is sort of ‘screechy’ and lacks bass (there’s virtually none).

A consolation is in the form of the Apple earpod-esque earphones that ship with the phone; the buds make some decent sound and can certainly be used as daily drivers. 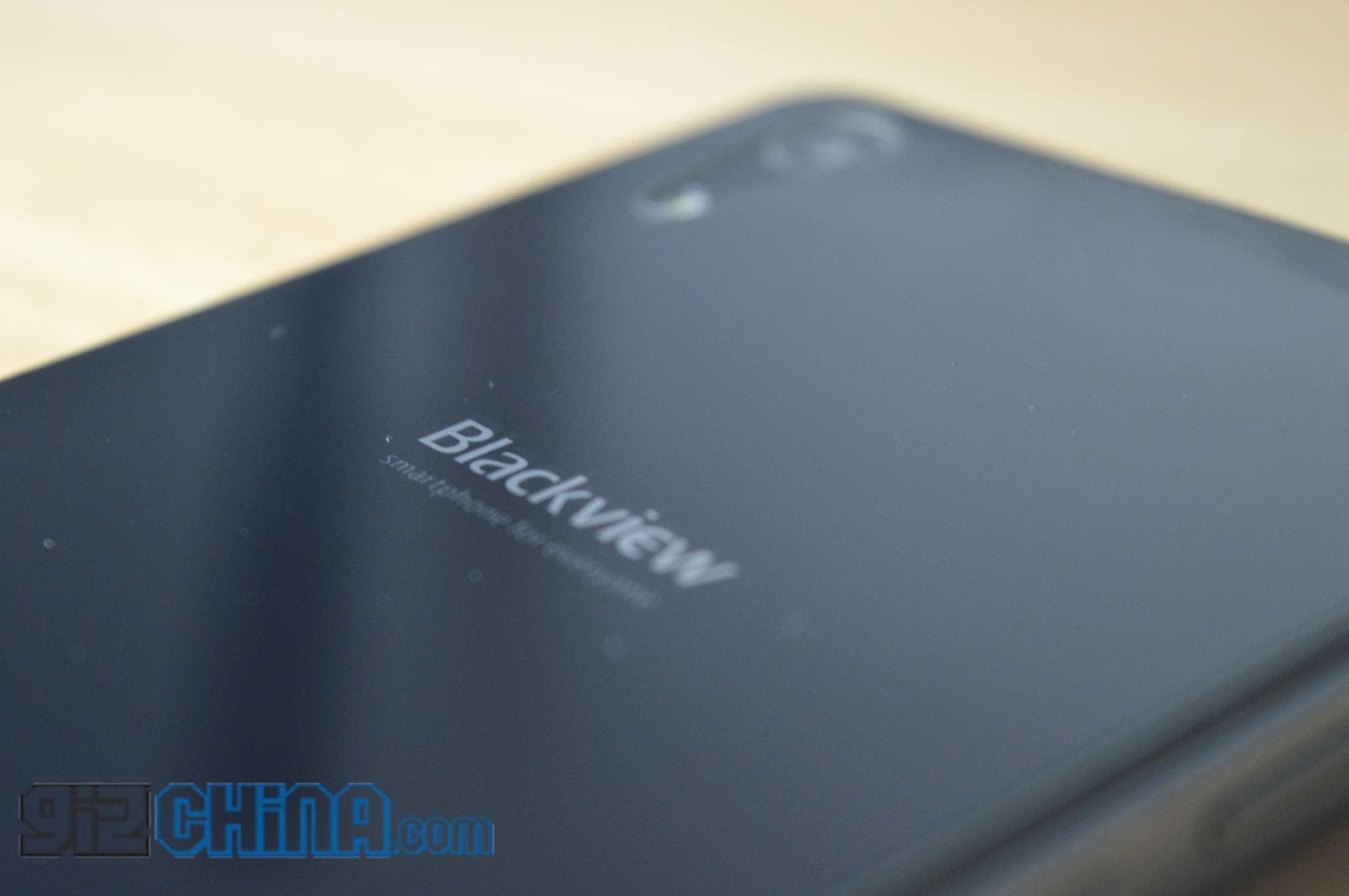 The camera is certainly the device’s high point. It comes with an 18 mega-pixel camera, which almost certainly is an interpolated expression (from 13 mega-pixels, perhaps?). Regardless of what it is extrapolated from, the phone takes some really nice photos and offers some exquisite dynamic contrast, perhaps the best I’ve seen on a ‘budget’ phone. Take a look at some photos as below and judge for yourself.

The one taken at a construction site in the night is one of my favourites. There was virtually zero natural light and the only light sources were the ones that were set up for the workers, and the Omega did a splendid job at capturing the moment there.

As is the case with most Chinese devices, the Omega does some impressive macro shots as well. If you didn’t realize yet, the camera is most certainly my favourite part about the phone.

The device wasn’t really used with a lot of hardware intensive apps, which is something you need to keep in mind as you read through the review simply because of the fact that it didn’t hold up too well to that sort of activity. The battery life was pretty sub-par during the first few charges, even as I used the phone only for calling and basic web activity. However, thankfully with time and a few charging/discharging cycles, the phone started to get better with its battery performance. It sort of stabilized at around 3.5 hours of screen on time (with not a lot of hardware intensive activity) towards the end part of this review, so that’s something you can take as the average. Depending on how you use your phone, you might get through one whole day. If you do, you have got to be one of the more conservative smartphone users.

The phone comes with a close to stock Android 4.4 ROM but with a UI that is a direct lift from OPPO’s ColorOS. Thankfully, the developers at Blackview didn’t spend too much time with deep customizations, and the ripoff look applies only to the icons and a few UI elements.

The Omega also offers a tonne of gesture controls (off-screen gestures, that is) which seem to do the phone no good. Apart from the double tap to wake option, pretty much every other feature was a waste for me. The worst was the three finger gesture screenshot option, which (I just checked now) triggered more than 70 unintended screenshots! This is despite me keeping the phone in my pocket with the screen facing the outside.

The insensitive touchscreen area part was something that seems to have developed over time, because I’m pretty certain the phone functioned as it should’ve when I first took it out of the box. There were no falls whatsoever, so the device certainly lacks quality control (Blackview folks, if you’re reading this, please take note!). Given the fact that Blackview are targeting the developed European market with their devices, things like these need to be avoided at all costs.

Andi did a video review of the phone a couple of days back, which you can take a look at also. Shown in the video is the phone’s general performance, AnTuTu benchmark and some gaming action. 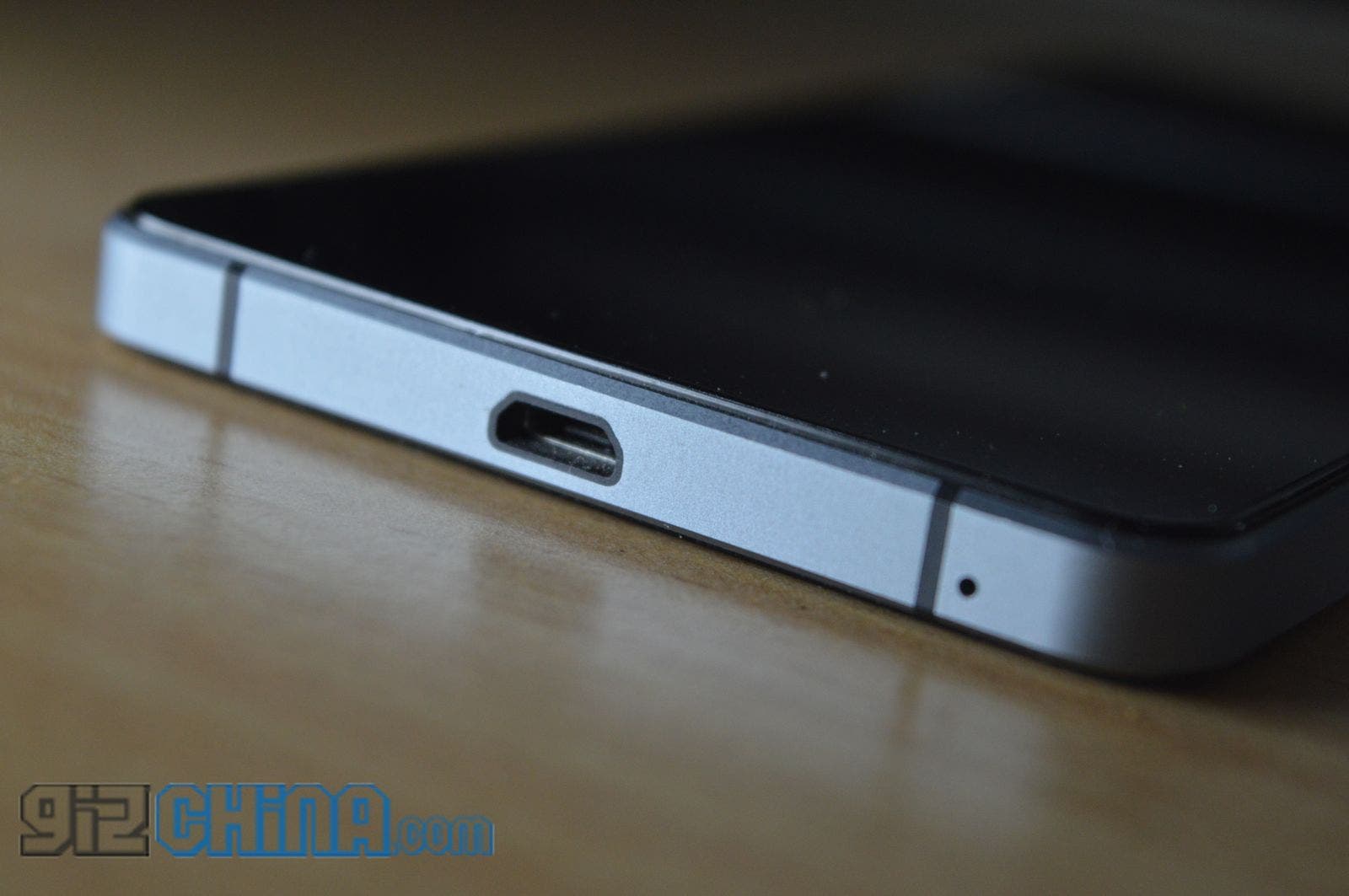 The Blackview Omega is one of the better looking phones to have landed at the GizChina offices of late, but unfortunately, there’s not a lot apart from that going for the phone. One aspect where the phone certainly impresses is the camera segment, where the device is supported by an 18 mega-pixel sensor. Everything apart from that — the OS, the screen, the call quality, etc. — don’t seem to be doing the Blackview image any favours.

With MediaTek MT6752 and MT6732 phones available for not more or the same, but lesser price, Blackview need to rethink their game if they want to be successful in the market that’s chaning at a cut-throat pace. The job they did, at least with the Omega, can be called fairly poor, and the phone in many ways than one lets the looks of itself down.

The Blackview Omega is a phone that is more about form than function.

Thanks to Geekbuying for the review sample! The phone can be bought from the Geekbuying store for $199, and using a coupon code ‘10omega’ gives you a $10 discount!