A plastic bodied version of the HTC M9 has been released exclusively in China with Mediatek chipset and 2K display.

Over in China HTC have updated their line of phones to include the new HTC One E9+ model. The phone features a dual tone plastic body to keep the costs low while retaining the popular front facing speaker set up of the metal flagship.

The One E9+ boasts a 5.5-inch display with a Quad HD resolution of 2560 x 1440, similar to that found on the Meizu MX4 Pro and 2K Oppo Find 7, what’s surprising though is that the power plant for this 534ppi display comes from Mediatek and not Qualcomm. 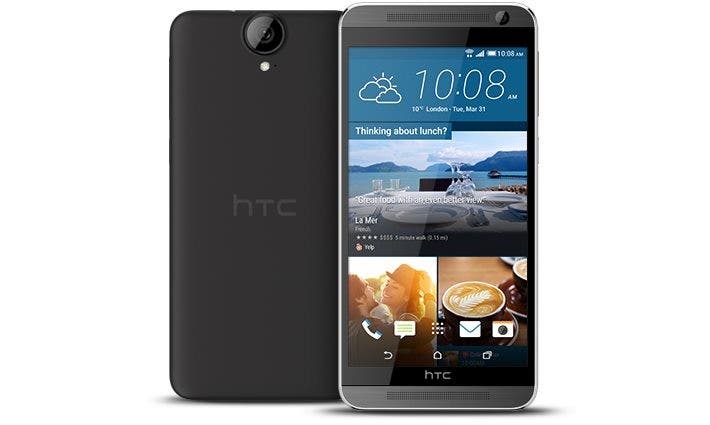 Along with the top end E9+ an E9 model has also been posted with slightly downgraded specifications such as 2GB RAM, 1080 display and 16 megapixel main camera.

Chances are both the E9 and E9+ will remain China exclusive phones, a shame as they are certainly going to cost less than the all metal, Qualcomm powered M9 with similar performance.

Next You can now download the OnePlus Oxygen OS Weather App