After officially going on sale in China and Taiwan, Asus have now released the flagship Zenfone 2 in Europe starting from 179 Euros.

The Zenfone 2 has been one of the smartphones to watch since it was unveiled earlier in the year. As well as a promised low price the headline feature of the phone is up to 4GB RAM.

For the European market Asus have announced 3 versions of the Zenfone 2, 2 being based on the 5.5-inch version of the phone and the most affordable boasting a 5-inch panel.

If you are after the 4GB RAM version then it is going to cost 349 Euros, and you will also receive an update to a FHD 5.5-inch display, 32GB internal memory and 2.3Ghz processor. 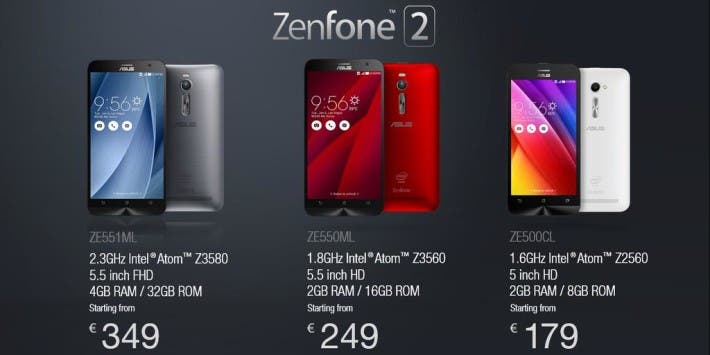 Now that Europe has the Asus Zenfone 2, the US and Indian markets can patiently wait for the launch of the device.

Previous OnePlus' invite-free model for the One arrives in India