Dingding have made a short video and sent over some details of their new DingDing Iron 2 model featuring nut smashing power!

Dingding have put together a new phone which they call the Iron 2 for its strong shell and tough screen. Unlike conventional ‘tough’ phones, the Iron 2 doesn’t have a rubberized body, but looks just like any other budget smartphone on the market, but that’s doesn’t stop it from making mincemeat from walnuts and coming away unfazed.

The idea is very similar to the UMi Hammer, and it is basically a really durable Android smartphone which you can use from day to day without looking like you are carrying a brick around with you. Specifications include a quad-core Mediatek chip, 2GB RAM, hear monitor, 13 mega-pixel main camera, front facing flash and a 5-inch Gorilla Glass display. 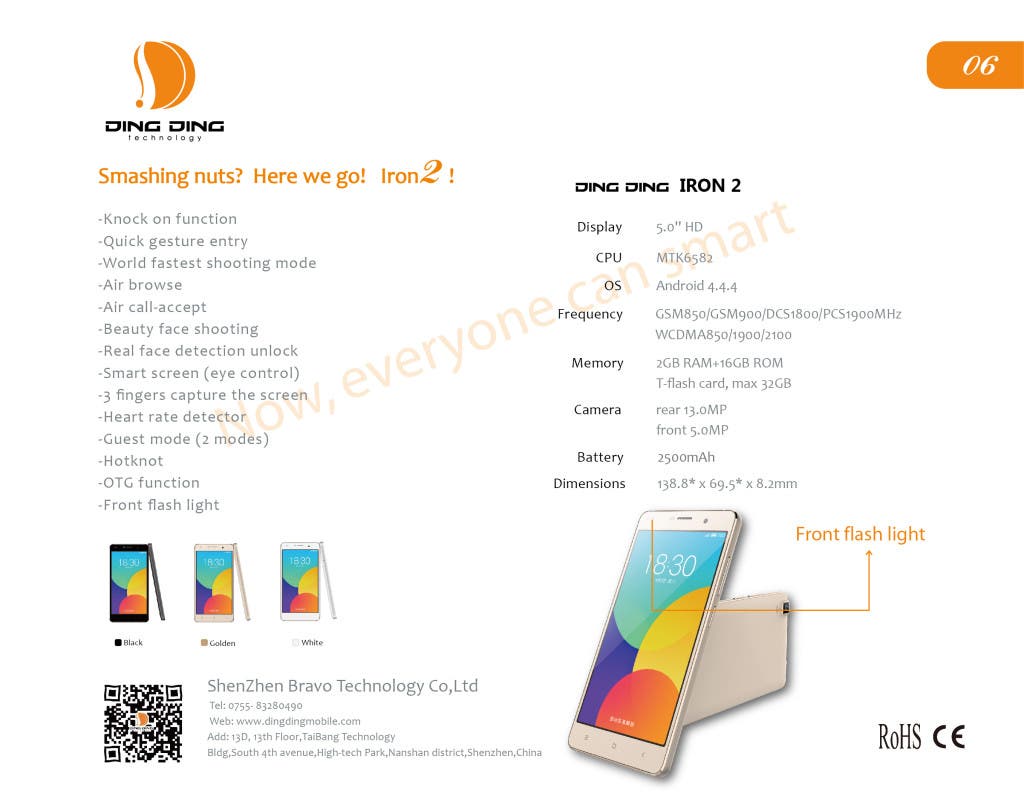 Pricing hasn’t been revealed, but DingDing are known for their very affordable phones.

Previous Meizu ready to launch a set of quality headphones made by AKG?

Next Another iOcean flagship is in the making and you can help shape it!