Meizu are heading back to their roots and teasing that they could be ready to release a pair of high-end headphones.

Meizu started off as an MP3 player maker and prided itself on high quality audio products. We’ve seen Meizu take a few nods to their past with their phones which have all boasted audio HIFI components (bar the M1 line) culminating in the launch of the Meizu MX4 Pro.

Meizu are obviously eager for MX4 Pro owners to make the most of the audio performance, but don’t really want customers to have to revert to headphones made by other manufacturers which might explain this teaser photo.

The image quite clearly shows the internal packaging for a box designed for a set of DJ style headphones, similar to what both Xiaomi and Oppo currently offer. 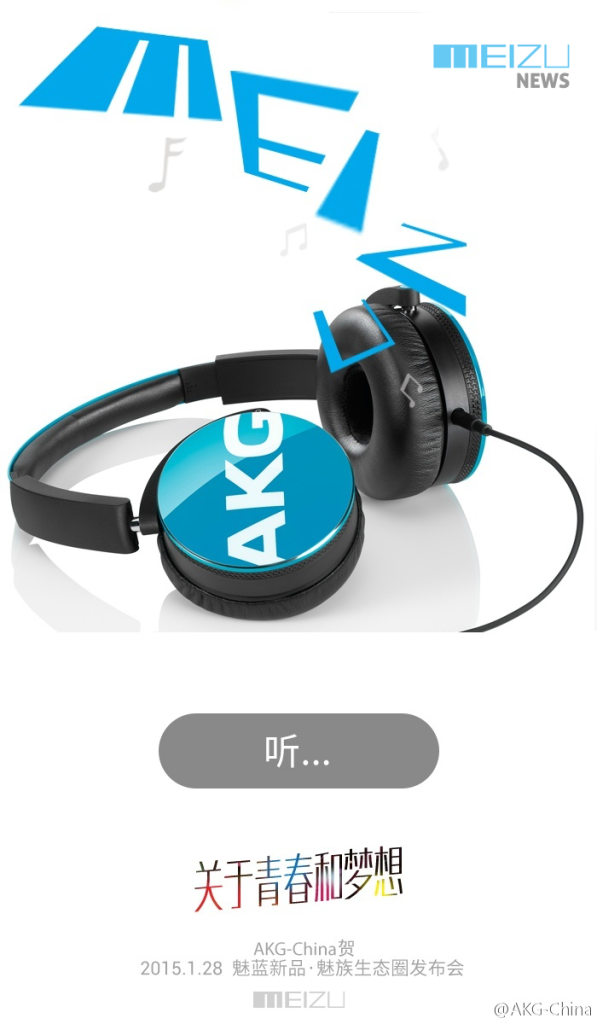 Chances are that Meizu’s headphones will be part of a brand partnership with headphone maker AKG why signed up to be technology partners with the Zhuhai phone maker ahead of the Meizu m1 launch.

More details are expected later in the month.

Previous More details and images of the Bluboo X550 released