A word to all would be Chinese phone makers, build your devices with killer hardware at a killer price and you will be on to a winner. That’s exactly what Mlais have done with the M52 and we’ve take a good long look.

When I first head that Mlais were back and aiming themselves squarely at the international market it barely registered. I mean there are hundreds of Chinese phone makers which have given up on the domestic market to concentrate on the rest of the world, what would Mlais do that would be so different?

Then they released the Mlais M52 and we all started to listen. 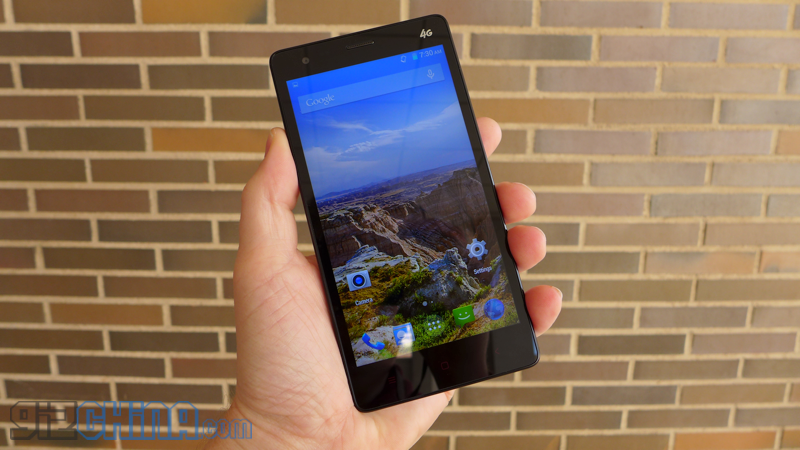 The 64bit chip that is kicking around inside the M52 is one of our favourite chipsets to date, the Mediatek MT6752. We love this SoC for its 64bit construction, native LTE support, low-cost but mainly because this octacore chip blows the Qualcomm equivalent out of the ocean! It seriously is that good (plus these new 64bit chips have amazing GPS performance!). 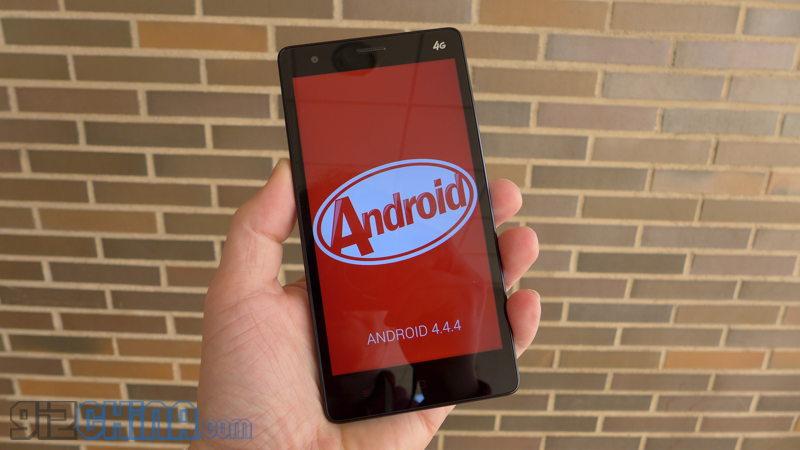 With a 64bit processor on board the Mlais M52 should really be running Android 5.0 Lollipop out of the box, it isn’t though but the update is on the way and scheduled for a release on the 15th April (just 5 days away). Still, with Kitkat as standard we were getting Antutu scores of well over 42,000 points and we have seen higher! What Lollipop will bring should be very special. And did I mention this phablet is only $159.99?

Mlais have been clever with the design of their phablet too. Instead of concentrating on uber thin bezels, fancy glass and alloy materials or way out design, they have kept it all familiar and simple. So familiar that the M52 looks a lot like a certain 5.5-inch Xiaomi phone. 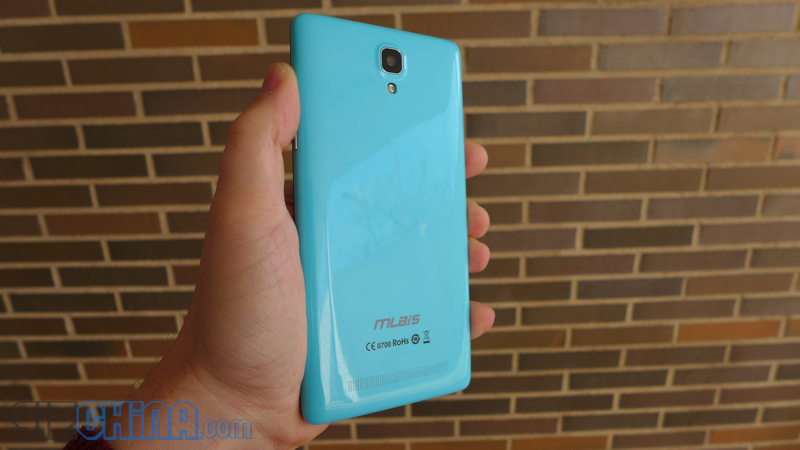 If you look at current design trends for thinner and thinner bodies and narrower overall widths you could pick apart the M52 for being a little thicker and wider than other devices, but why would you when it feels so comfortable and well made? 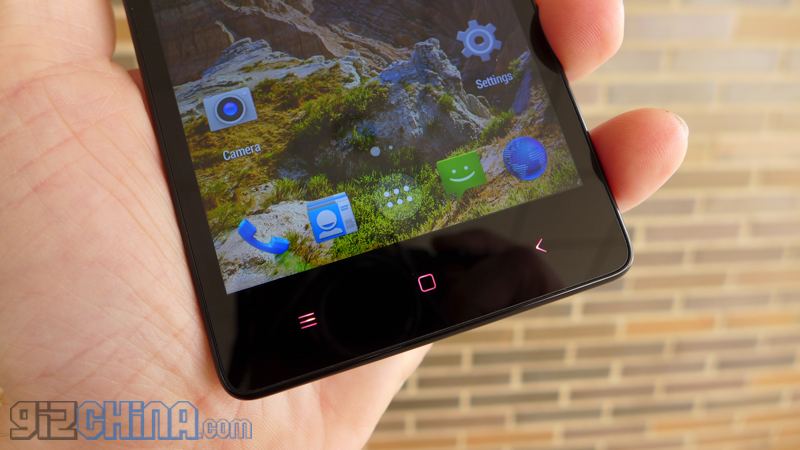 The design doesn’t seem to cut any corners either, we still have capacitive buttons along the chin and yes they are backlit. There is a notification light at the top, and yes it is an RGB unit (so you can choose the colour you prefer). 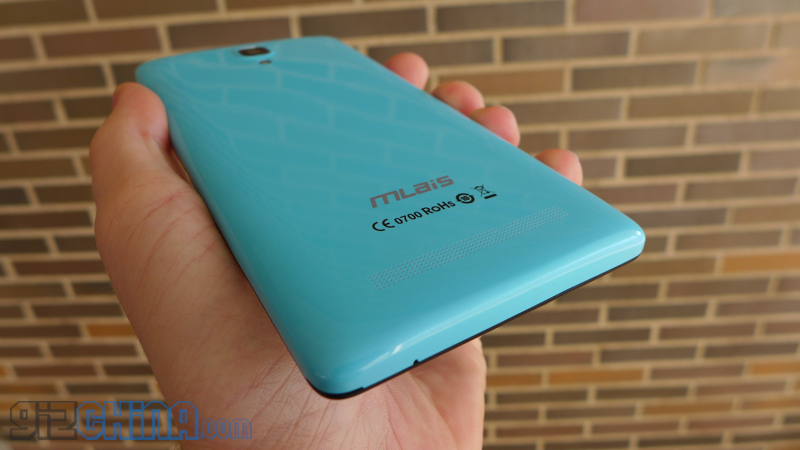 Plastics have been chosen for the construction of the M52, but not cheap creaky plastic, but good quality material with smooth rounded edges. With so many phones heading towards glass and alloy it is easy to rule out plastic, but when done correctly you end up with a hard-wearing and solid phone (just look at the Meizu M1 Note and the iPhone 5C).

Taking a tour around the exterior of the M52 we find no odd joins or badly fitted components, and all the usual parts are where we expect to find them. The headphone jack and USB are in the top of the phone, power button on the right and volume rocker on the left. 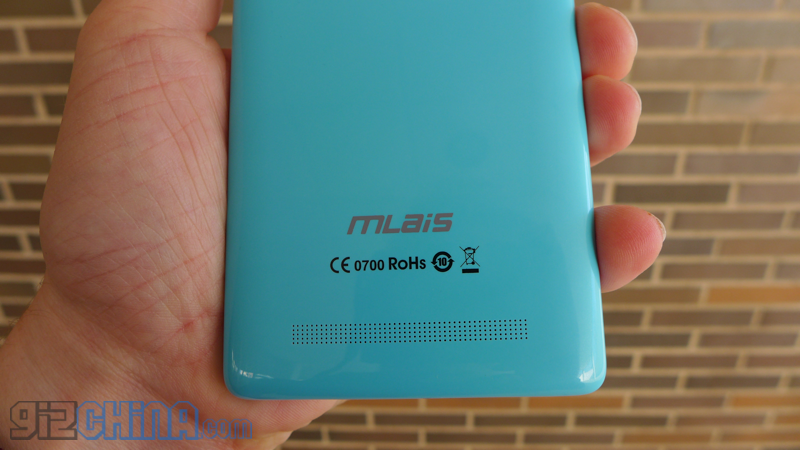 On the rear we have a large speaker grill (although there is only a single speaker behind there), single LED flash and rear 13 mega-pixel main camera. 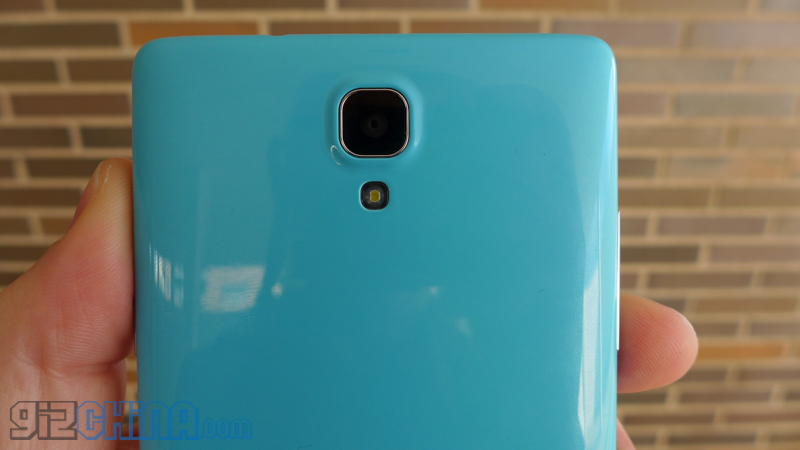 There are no SIM or SD card trays on the Mlais as the rear is removable so you can get at the replaceable battery, dual SIM trays and memory expansion bay. Even poking around on the inside of the M52 everything is neat and really well put together.

As you can see in the photos there are 3 colour options to choose from for the Mlais M52. I was sent the white, blue and pink (red?) covers and the blue has fared very well living in the bottom of my backpack for over a week while traveling (hence the delay in getting the review up, sorry!). I’m still unsure if production phones get all the covers, but if not I’m sure they will be very cheap to buy after market. 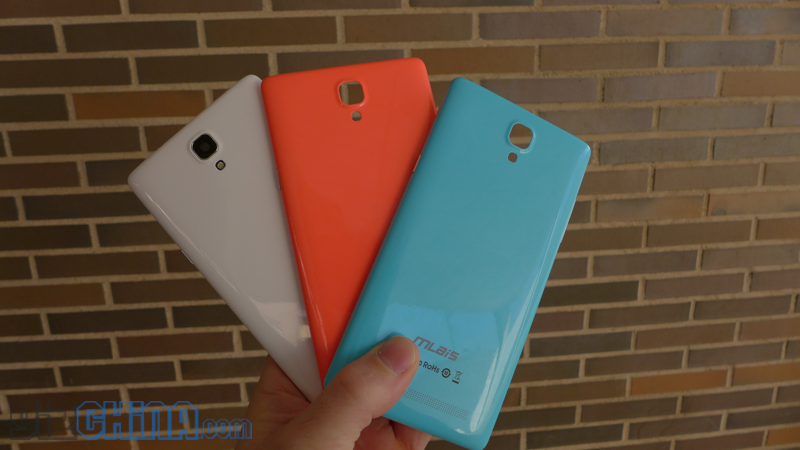 Mlais also provided me with a flip cover with viewing window to see the time, or control my music without having to get at the full screen.

Overall there is nothing to complain about in terms of design, construction or build. It’s a very well but together phone.

At 5.5-inches we have a lot of screen on tap, and it makes the M52 comparable (in screen real estate) to many of the current crop of 2015 phones. Usually when we get to above 5-inch we see manufacturers opting for higher resolution 1080 or even 2K panels on their phones, obviously this isn’t possible at a sub $200 price so we have a 720p HD panel here. 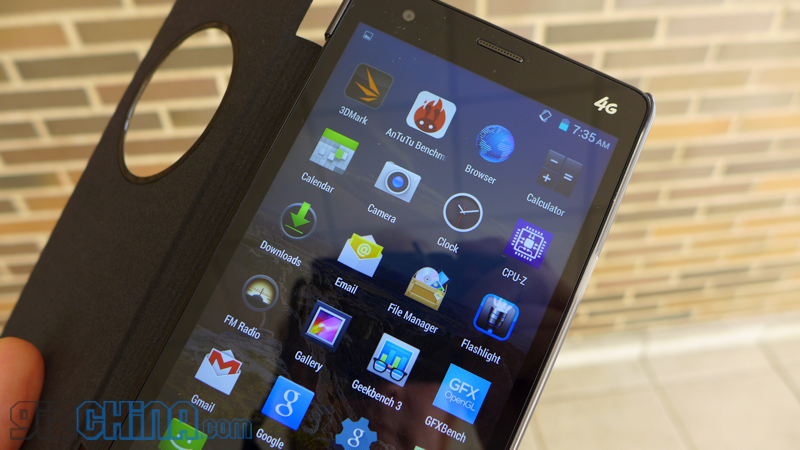 This is not a complaint at all! Even at 5.5-inch a 1280 x 720 panel is acceptable and only the very picky user will point out that they can see pixels when they are an inch away from the display. If you are going from a 1080 phone to this then yes you might see a difference in clarity but it will be hardly worth mentioning. 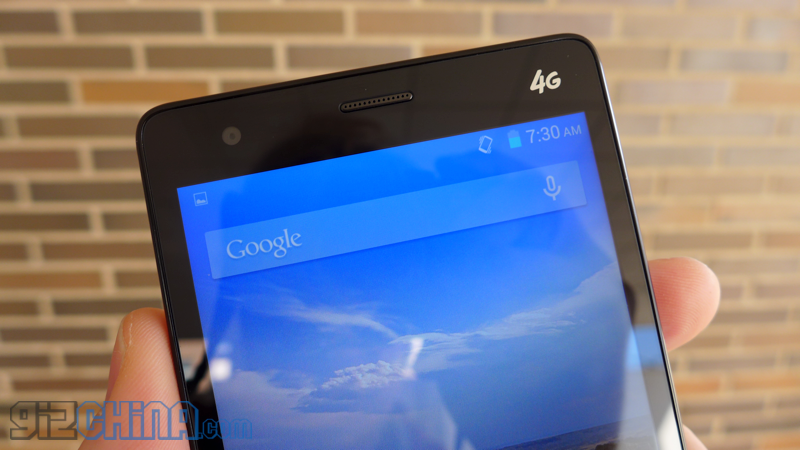 As for the screen on the Mlais M52, well it is a fine panel. It’s bright enough most of the time and the viewing angle are perfect for sharing photos and films with people around you. Only outdoors in very bight light do you notice a lack of contrast. 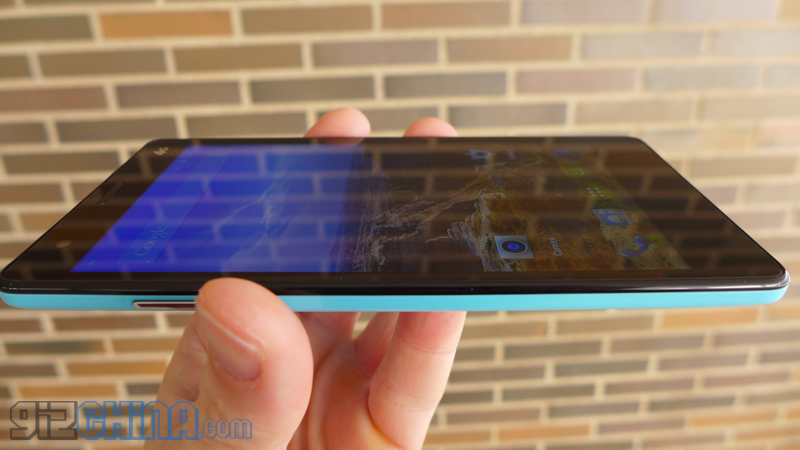 Touch sensitivity is perfect too, there are no issues with ghost touching or unrecognised taps. It all works as you expect it should.

As mentioned at the start of this review the M52 has an incredible processing package that allows it to perform everyday tasks without complaint. Even gaming and continuous benchmarks don’t run the phone down. 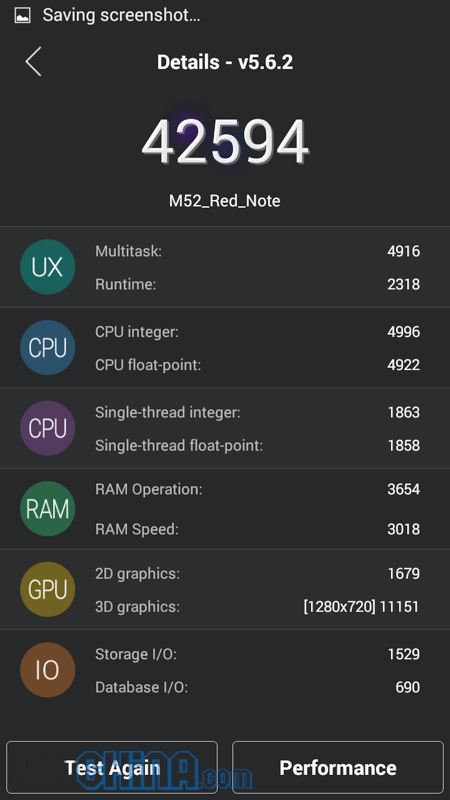 Plenty of customers who have bought the M52 are reporting Antutu scores of 44,000+ which isn’t far behind the Meizu MX4 which was announced as the Antutu champion for 2014 (based on an average of scores), yet the Mlais is a couple of $100s less tan the MX4. You could buy 2 Mlais M52 and still have money left for the price of an MX4!

Of course having just the pixels of a 720p display helps in some ways, with a screen looking as good as this I think Mlais made the right choice going for a lower res panel for a lower price and higher performance.

As usual we ran a full suite of benchmarks of the phone during our review. The results and screenshots of each are below:

Ok, so I have been basically drooling over this phone, so you are expecting much of the same for the camera aren’t you. Well I’m sorry to disappoint you but the camera and image processing on the M52 is the achilles heel of the phone. 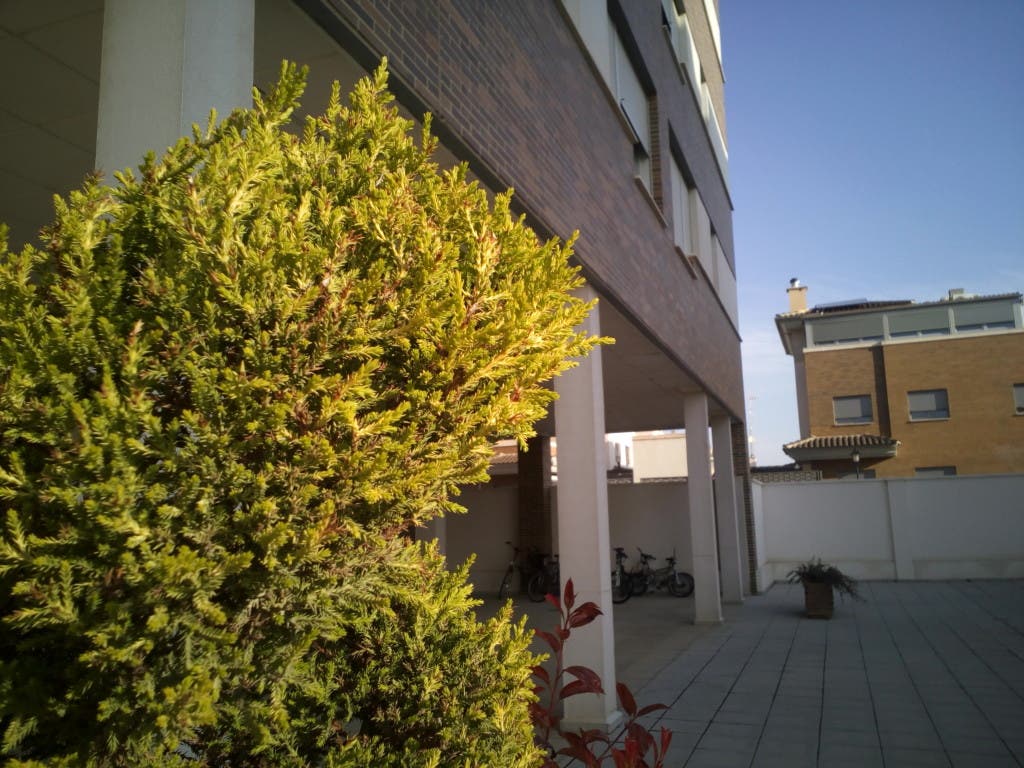 We all know by now that mega-pixels aren’t everything, and that one 13 mega-pixel sensor won’t peform as well as another. So, although 13 mega-pixels looks good in the spec sheet, in real life the camera on the M52 is average at best.

In reality Mlais could have give the M52 a better performing 8 mega-pixel sensor and offered better image quality, but then they would have probably found the phone difficult to market if they had. 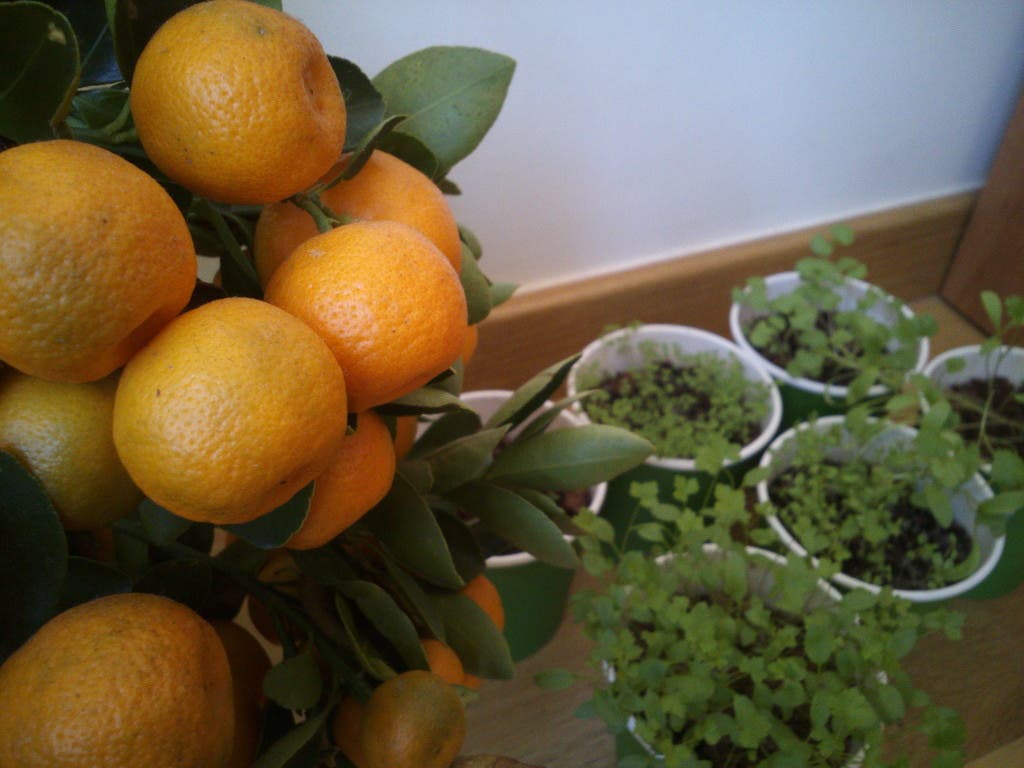 Is the camera terrible? No it is not, but it could be a hell of a lot better. If you are out in bright conditions on sunny days then you are going to more than likely be pretty happy with the images the Mlais M52 is capable of, but once you start trying to shoot in anything but perfect conditions the dreaded noise begins to creep in.

Mlais claim that the battery in the M52 is a 3200mAh battery. Pretty huge and a lot to get excited about especially if you are a power-hungry users and like to run plenty of apps in the background.

It’s quite difficult to tell if a battery is as large as a manufacture tells us, and while we have heard reports of the M52 battery being smaller than it states (2800mAh claims one reseller), we are still seeing pretty good battery life never-the-less. Screen on time of about 6 hours+ is what we were seeing which is around the same as the iPhone 6+.

Everything here works flawlessly. With a plastic body there is nothing to interfere with the WIFI signal so I have a nice strong signal, and FDD-LTE worked across my trip in the UK and Europe last week! All good stuff. 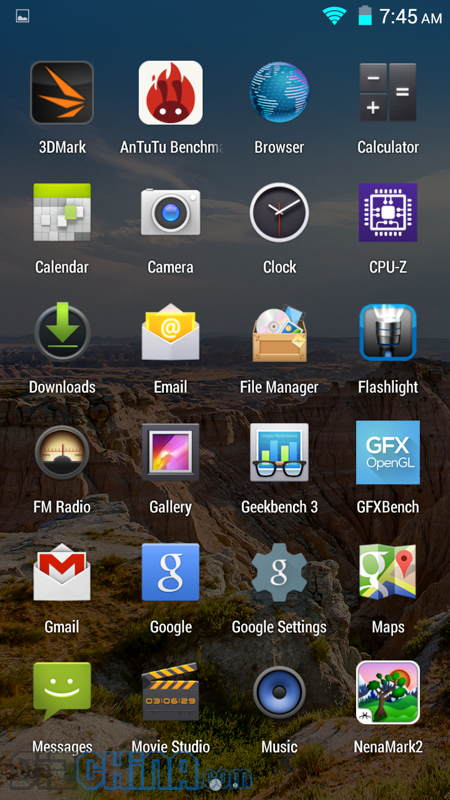 Again I have no complaints here. Android 4.4.4 Kitkat comes out of the box and that’s exactly what you get. There are no fancy skins and no custom UI going on, you just get a native Android user experience.

When Android 5.0 Lollipop comes along we can also expect the same Vanilla style install and enjoy the nice new transitions and animations which make the latest version of Android so desirable to have. It if comes as bloatfree as Kitkat does, performance should continue to be as good as we have seen so far.

Although mostly stock there are a few additions. We have a few screen gesture controls built-in which you can toggle on and off, including the much-loved double tap to wake. There are also settings to change the notification light the colour you like.

When I first read the specs of the Mlais M52 I was pretty excited, but sceptical too. I wanted the phone to be as good as the specifications suggested, but deep down inside I was worried that I would discover some deep dark secret lurking in the hardware. 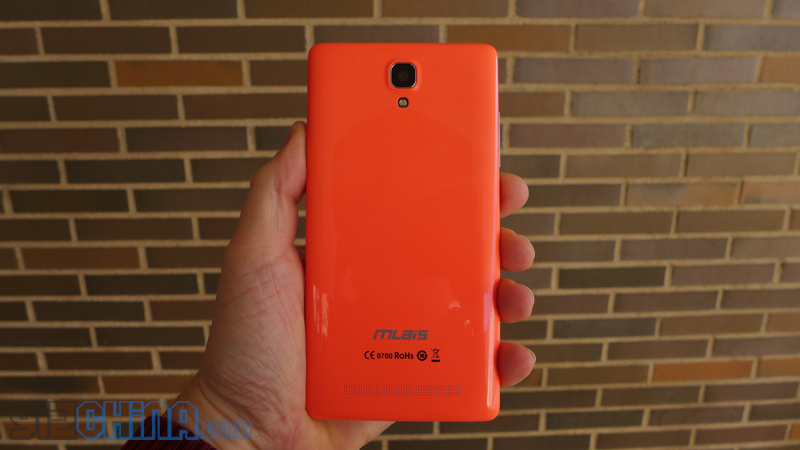 So have I been impressed or has my heart been broken by this Chinese phablet? To be honest I don’t think I needed to ask that. The Mlais M52 is one of the best value Android smartphones I have used, full stop!

For the price of the phone you are getting a good-looking and well made handset with powerful hardware, 64bit processor and can look forward to an Android 5.0 Lollipop OTA in just 5 days time. How many other phones for $159.99 pack so much punch? 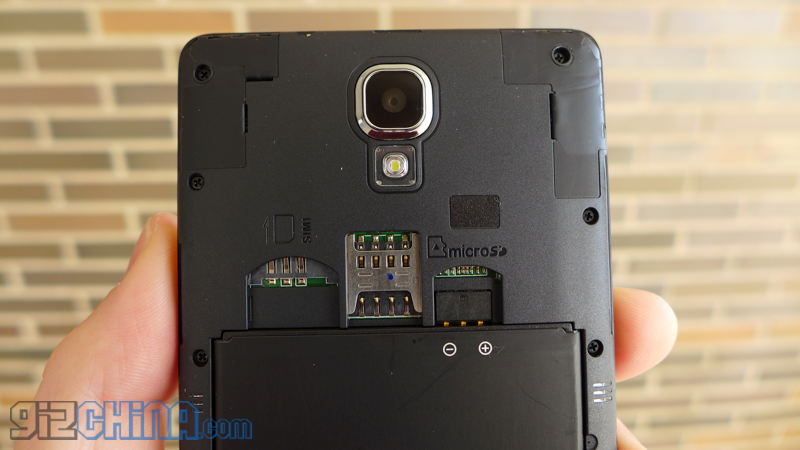 Ok so the rear speaker quality isn’t the greatest and the cameras struggle in low-light, but there are $300 phones with the same issues, but they don’t offer that latest Android, dual SIM LTE, 64bit processor and removable battery.

Next Gionee Elife E8 rumours begin, what to expect from Gionee’s next flagship?