Xiaomi’s Hugo Barra has just wrapped up the Xiaomi Mi4i launch in New Dehli, which gives us some time to reflect on the new device and the Xiaomi Mi4i full specifications.

Originally believed to be an India only exclusive, Xiaomi have revealed that other current Xiaomi markets can also expect the Xiaomi Mi4i to go on sale later this year. This means China, Hong Kong, Malaysia, Singapore as well as India can all look forward to an official Mi4i release, but the rest of us will have to go through resellers as usual. 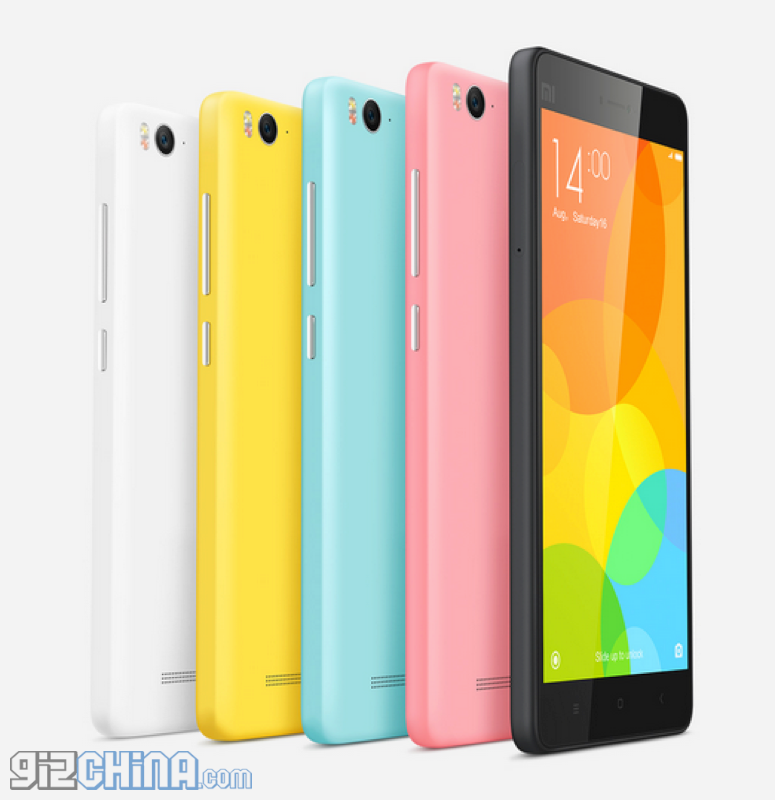 The Xiaomi Mi4i is basically a budget version of the Mi4, with a brightly coloured polycarbonate body, and slightly lower specifications and a more affordable price too. The plastic unibody looks like a mini version of the Mi Pad from the rear, and comes in yellow, pink, blue, white and black. Being a unibody design has meant a SIM card tray is used to access the dual SIM slot and the 3120mAh battery is a non user removable item.

Speaking of the battery, it is a Sony/Samsung cell with quick charge feature, that Xiaomi say will give you a useable battery life of 1.5days on a single charge. 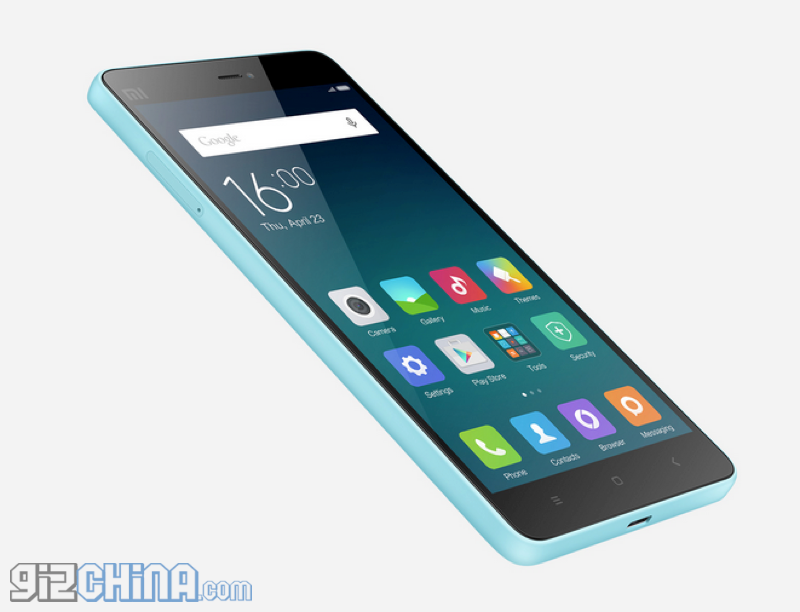 As the Mi4i is basically a budge Mi4, it is not a surprise to see a 5-inch 1920 x 1080 JDI display on the front. The OGS panel features Corning Gorilla glass for protection and a new Sunlight Display technology for better viewing on bright sunny days (especially useful for India).

Xiaomi have long stopped using Mediatek chips, and so have gone for a Snapdragon 615 chipset. This is the 2nd generation version of the Snapdragon 615 with faster and more powerful cores and should be seen as a more suitable rival to the Mediatek MT6752 chipset which has dominated the mid-range phone market. 2GB RAM and 16GB memory come as standard, but unfortunately no SD memory expansion.

With a 64bit processor it makes sense to see Xiaomi finally officially launch a devie with MIUI version 6 based on Android Lollipop. Xiaomi claim that the faster SoC and Lollipop based MIUI allow the Mi4i to reach 40,256 points in Antutu. 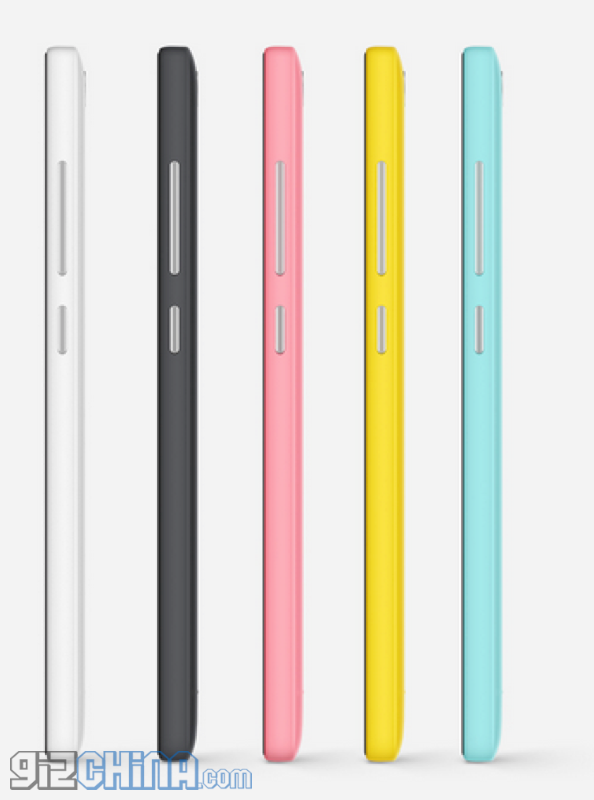 Final details of the phone include the size which is 138.1 x 69.6 x 7.9mm, and a anti-grease coating on the body to stop smudges and fingerprints. 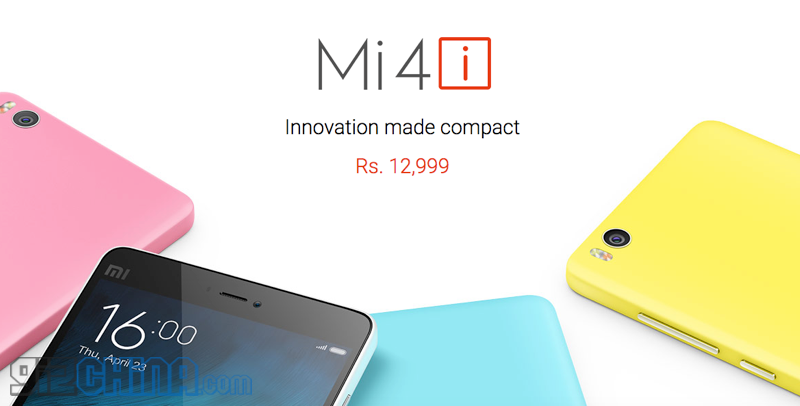 Pricing for the Xiaomi Mi4i in India is 12,999 INR which equals about $205. Other markets can expect a similar USD price, while those of us waiting for resellers to offer the phone should expect prices of around $250+.

Keep your eyes peeled for our first hands on impressions of the Xiaomi Mi4i which will hopefully be posted today.