Today over in New Dehli the Xiaomi team have unveiled a new smartphone  The Mi4i will be launched in all current Xiaomi markets later in the year. Keep reading for details of the Xiaomi Mi4i.

In his introduction of the new Xiaomi phone, Hugo Barra told reporters that the Xiaomi Mi4i is a device for India, even telling that Mi4i means “Mi 4 India”. So what is the Xiaomi Mi4i? Well the leaks told us to expect something along the lines of the Mi4, only with a plastic shell, and this is exactly what Xiaomi have delivered.

The Mi4i comes in a choice of yellow, blue,  pink, black or white and is made of polycarbonate. Think of the 5-inch unibody device as Xiaomi’s version of the iPhone 5C. The Mi4i measures in at 69.6 x 138.1 x 7.8mm which makes the phone slightly thinner than the metal bodied Mi4 at a weight of 130g

Update 1: Hugo Barra has announced the Xiaomi Mi4i has a 3120mAh battery under the bright plastic body with quick charge feature. The Samsung/Sony sourced battery is apparently good for up to 1.5 days of usage. 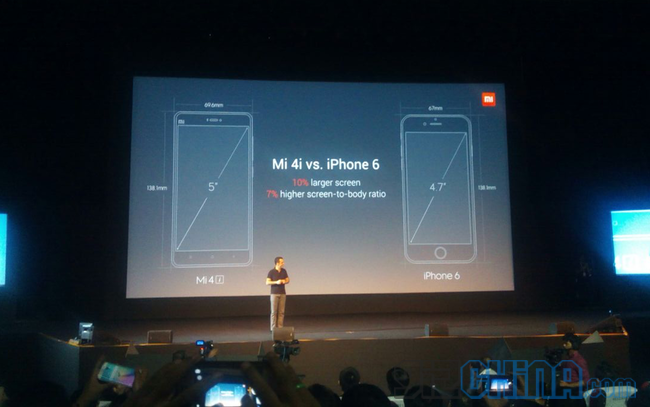 Update 2: Sharp and JDI supply the 5-inch OGS display for the Xiaomi Mi4i. JDI and Sharp have been the screen choice for plenty of big name brands over the past few years from OnePlus, to Xiaomi and others.

Update 3: Xiaomi say the 5-inch 1080 panel on the Xiaomi Mi4i uses a new technology called “Sunlight Display”. At this point I am not 100% sure how it works but it is described as HDR but applied to the display. The effect means easier viewing in direct sunlight.

Camera specifications include the same 13 mega-pixel rear sensor with F2.0 aperture as the flagship, and premium priced, Xiaomi Mi Note with dual tone LED flash. The front camera is an F1.8 5 mega-pixel sensor with beautification software. 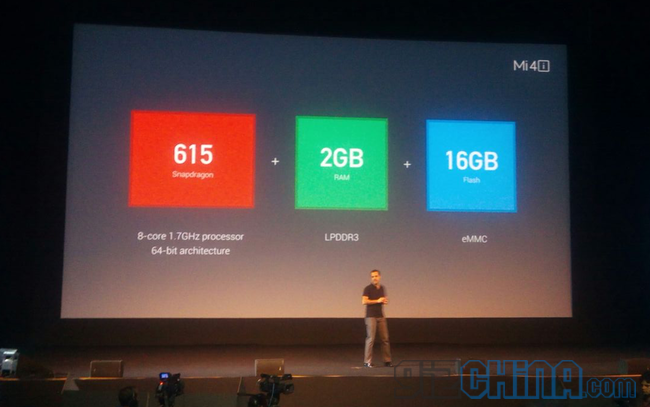 Update 4: At the heart of the Xiaomi Mi4i is a 2nd generation Qualcomm Snapdragon 615. This new chipset has faster cores than the current version of the chipset running 8 x A52 cores running at 1.7ghz. The new SoC has apparently been designed and enginnered in India. Along with the SoC there is 2GB RAM, and 16GB memory. Xiaomi claim Antutu scores are 40,000+.

MIUI Version 6 comes on the Mi4i out of the box, but fans will be happy to learn that this is based on Android 5.0 so you won’t need to wait for updates for some sweet Lollipop Android.

Update 5: What will really set the Mi4i apart from the standard Mi4 is the dual SIM support. This is teh second non-Redmi phone Xiaomi have released with dual SIM support and like the Mi Note the phone offers 4G LTE on both SIMs. 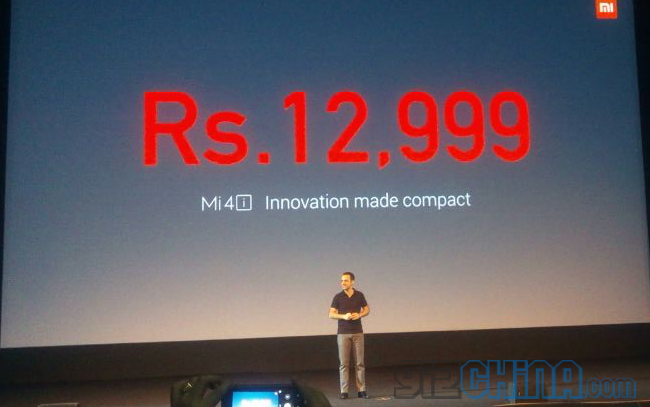 Update 6: The Xiaomi Mi4i has will go on sale for 12,999 INR in India (around $205), but will not be an India exclusive. Other Xiaomi markets can expect the phone to be released later in the year for a similar price. In addition to the Mi4i, Xiaomi have also released the Mi Band in India too.

That’s a wrap for now, but keep posted for our first hands on impressions of the Xiaomi Mi4i coming as soon as Yash get’s his hands on the phone.

Previous Top 5 Chinese Action Cameras You Can Buy For Summer