The original Doogee Valencia was such a success that Doogee has already released the second incarnation of the device. Ladies and gentlemen the Doogee Valencia 2 Y100, a brightly coloured phone with some interesting features.

The good old DG800 was a phone with a nice design and a rear touch sensor, it was released during a time where every phone was as generic as they could possibly be. The sequel hits the same points in design and features, and brings along some much needed spec bumps along with it. 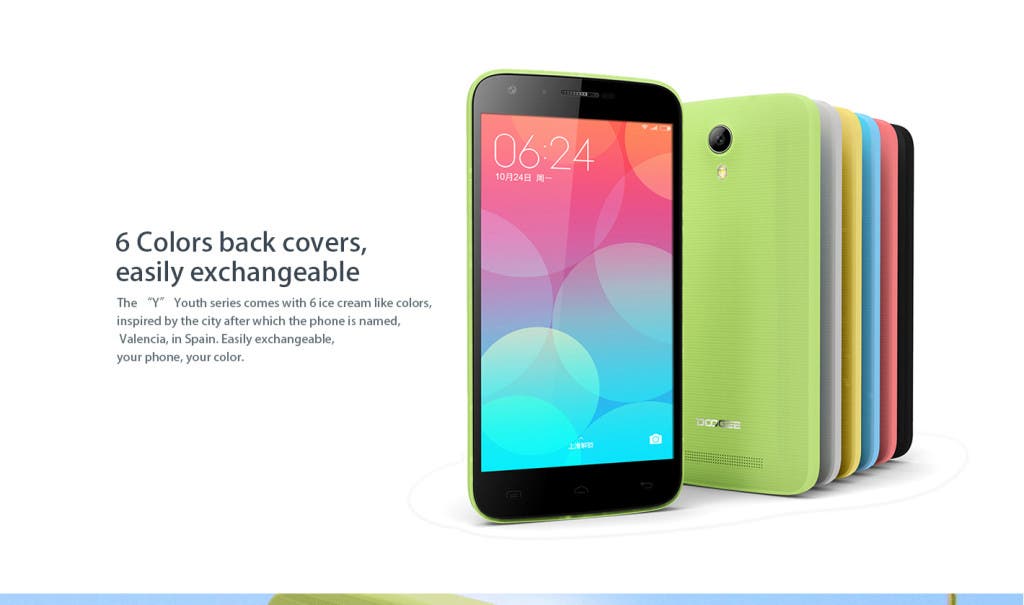 The rear of the Doogee Valencia 2 Y100 has a nice textured look that should give the phone more grip and make it easier to hold without it slipping out of your hand. The rear is removable and comes in 6 different colours, including pink, blue, green, yellow, black and white. It also supports rear touch similar to the Oppo N1 and original Doogee DG800. The next surprise is at the left side of the phone, where three LED lights can be found. All three LEDs are multi-coloured and can be programmed to work with any application for notification duties. 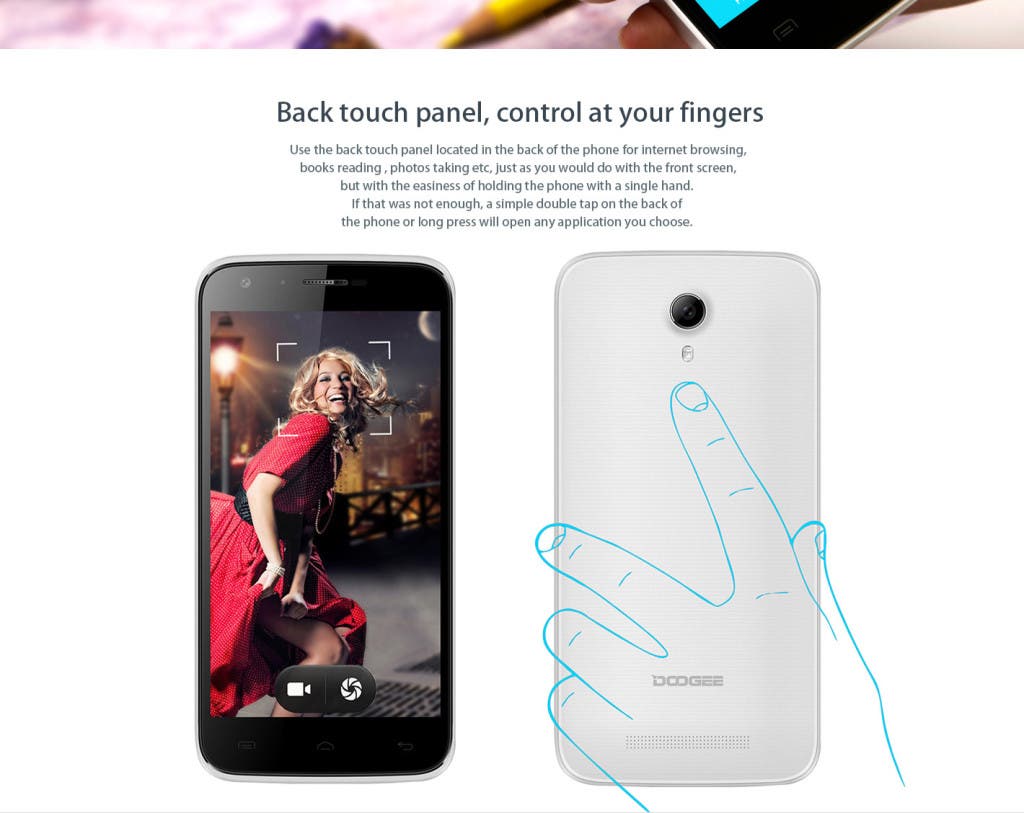 The processor in the Valencia 2 is an older MTK6592m processor clocked at 1.4GHz paired with 1GB of RAM and 8GB of internal storage. The display is a 5-inch IPS unit with a HD resolution of 1280 x 720 and is protected by Gorilla Glass 3. On the rear, there’s a 13MP Sony camera with an aperture of f/2.0, while the front camera is an 8MP OV unit. The phone has space for 2 sim cards, but unfortunately neither one supports LTE, leaving us with WCDMA instead. All this is powered by a 2200mAh battery with fast charging feature. 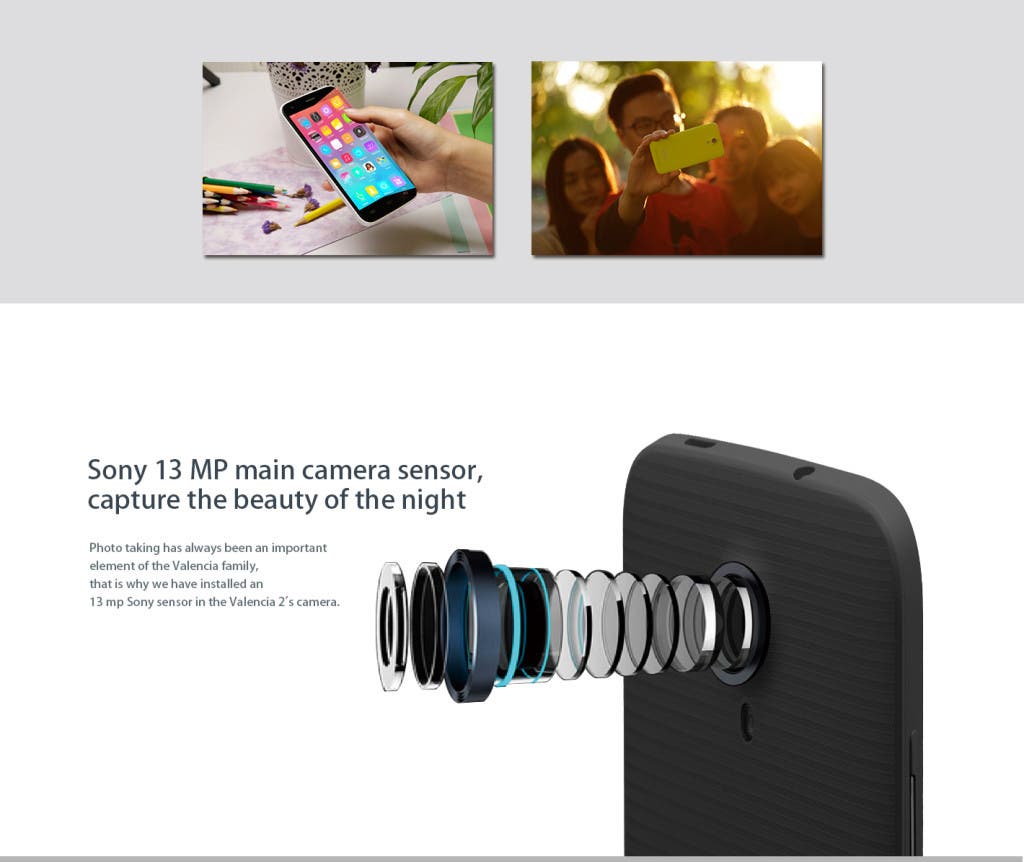 So what do you think? A worthy successor to the original Valencia? Or is the old MTK6592m deterring you?

Next Siswoo R9 'Darkmoon' takes a jab at the Yotaphone, complete with dual displays