Oppo has been slowly releasing features and pictures of their upcoming R7 smartphone. Earlier this week, they announced that the R7 would have a metal unibody adding to the premium feel of the phone.

Earlier this week Oppo China had simply posted a picture of the magnesium alloy rear of the Oppo R7, throwing any sense of mystery or suspense out of the window. Technically, we’ve already seen the rear from TENAA documentation, but this is the first time Oppo have officially shown off the rear of their own accord. 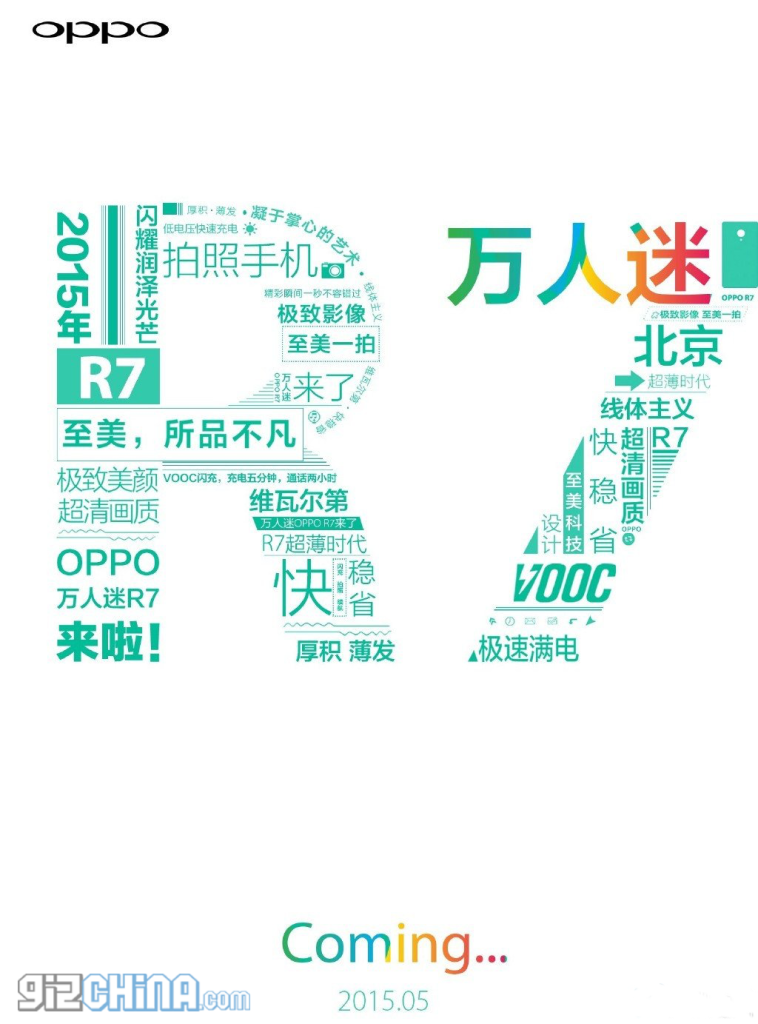 The Oppo R7  certainly looks nice and premium, mix between the Oppo R5 and Vivo X3S designs almos. We can see that the phone has a slightly protruding camera, a single LED flash and a noise cancelling microphone with the Oppo logo in the middle. On right of the device we can also see the sim tray and volume rockers. TENAA leaks also reveals the speaker of the phone is on the bottom right, while the power button is on the left side of the phone.

We know the specifications of the device as well, thanks to TENAA documentation. The Oppo R7 will have an octa-core 1.7GHz CPU (probably the MTK6752), with 3G RAM, an 8MP front camera, a 13MP rear camera with a single LED flash and a 2.5D curved 5-inch 1080p display. The slim chassis is made from magnesium alloy, which should improve the solidity of the phone.

What do you think about the Oppo R7? Is it an interesting phone that you would love to try? Is it just another Oppo product that will be replaced soon enough? Tell us in the comments.

Next Ulefone Be Touch shown off in three new videos