I’m pretty certain you haven’t heard of this new phone company on the block that calls itself ‘Siswoo’, but what you will be pleased to know is that the company’s first phone itself is a winner. We’re talking about the Siswoo Cooper i7, with which we spent some hands on time a while back.

The device has one of the most ergonomic designs I’ve seen in the past few months, and it also comes with a better than average processor for the money. There’s a lot of good things about the phone that I have to say, along with some bad ones; so let’s get it all out of the way in this Siswoo Cooper i7 review!

MediaTek have started this year with a bang. First with the 64-bit quad-core MT6732 (as seen on the Elephone P6000), and then with the more powerful 64-bit octa-core MT6752, which is also the SoC that powers the Siswoo Cooper i7. The Cooper i7 is however more ‘mid-range’ than other phones that are powered by the MT6752 because it has 2GB of RAM, while others seem to ship with 3GB. 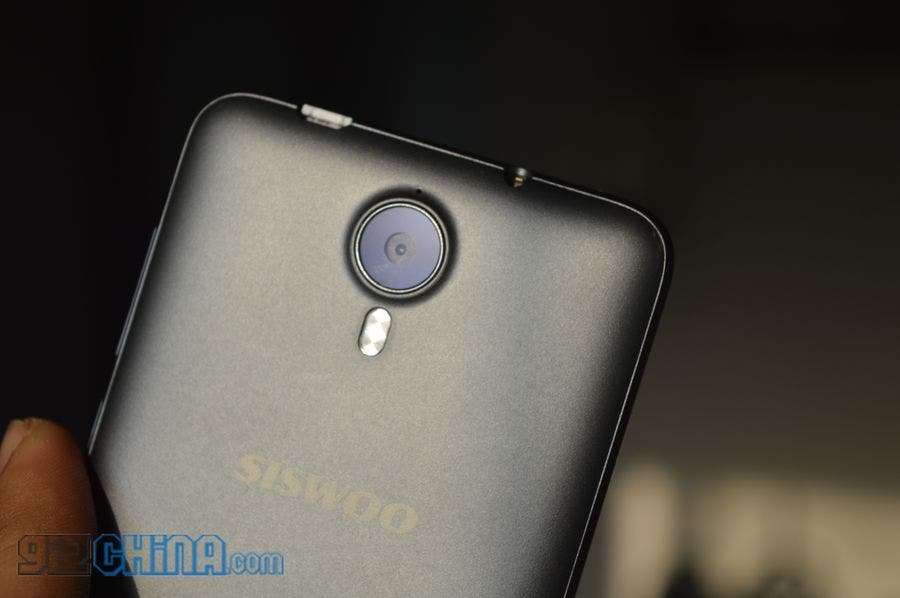 The Meizu MX4 was one of the most user-friendly phones in terms of design back in late 2014, and so is the Cooper i7. You must be wondering why I’m mentioning the MX4 in a Cooper i7 review; that’s because the Cooper i7 takes the design of the MX4, and doesn’t change it enough so it clearly reminds you of the Meizu phone. The Siswoo Cooper i7 in fact, also comes with the glowing halo (which certainly seems to be a VERY popular addition on Chinese phones) to top off the MX4 doppelganger look.

The phone per se is perhaps the most comfortable 5-inch phone you’ll ever hold; it certainly was the case for me. So much so that I even contemplated retiring my trusty old Mi 4 for this! 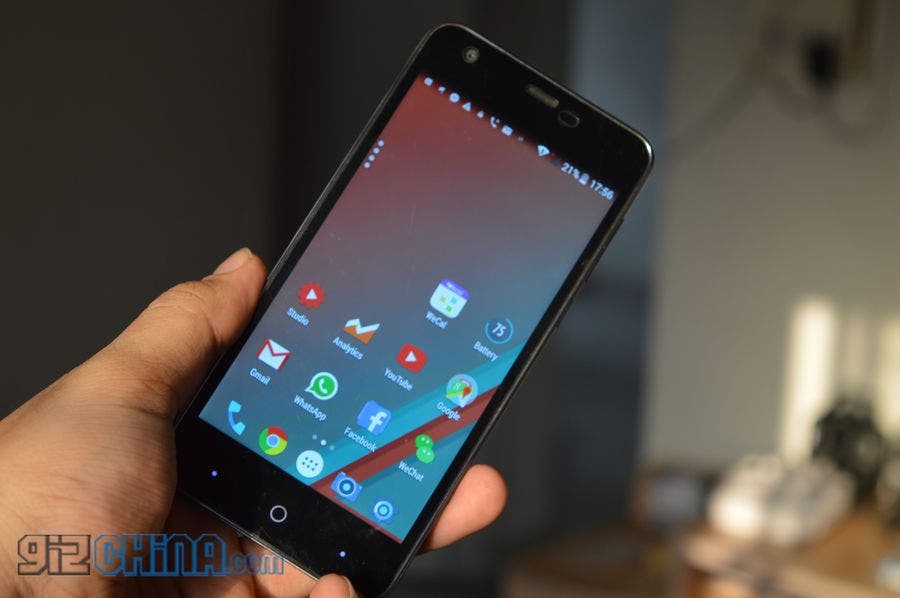 There isn’t a lot of metal on the phone, but whatever Siswoo have used (and it’s certainly not some aircraft grade material) works surprisingly well for them, and then the user. The phone is fairly lightweight too, but has just enough heft to feel like a well put-together piece of kit. A chrome plated lip does run around the screen, but I’m not sure if its metal or plastic… would like to assume the former, though.

The curved edges really make the phone a pleasure to hold, and use. In other words, the form factor of the Siswoo Cooper i7 is a delight for users that find it hard to get used to larger (>5-inch) screen phones. All corners of the phone are reachable with your thumb when you’re using the phone in one hand, and that isn’t something you get to hear very often these days.

The front of the frame is very recognizable thanks to some iconic phones (iConic?), and some that we discussed before such as the Meizu MX4. Even then, the device is a pleasure to look at with the glowing holo on the bottom. The bezels around the screen aren’t the narrowest, but also not so wide to make the phone look ugly.

Both sides of the phone are fairly minimalistic in design, and curve to blend with the rear. The right edge also makes home for the power and volume buttons, both of which are plated in the same chrome-ish material as the lip around the screen… but this time, its definitely plastic.

On the rear of the phone, you find the Siswoo logo which sits below the camera module, printed in italics. Not much else on the rear besides the company logo (and a little mention of 4G-LTE on the bottom). A flash module sits right below the camera sensor, which might look like it makes home for dual LEDs, but in fact it has just one. This is something I’ve seen on a lot of Chinese phones in the recent months.

There’s nothing at all on the bottom (aka the chin) of the phone, while the top edge of the Cooper i7 makes space for a micro USB port and a 3.5mm headset jack.

Beneath the rear cover, there’s the familiar sight of two SIM slots (1x mini SIM, 1x micro SIM) and a microSD card slot. The Cooper i7 uses a 2100mAh battery, which does sound under-par for a phone of today, but in real life does perform well enough, as you shall read through the course of this review. Around the aforementioned, you can also see the 3D printed antennas which unfortunately aren’t the best, at least as far as WiFi is concerned. A mono speaker too is seen right near the edge of the phone.

The Cooper i7 smartphone, and Siswoo itself, came out of nowhere to produce a phone that’s actually one of the best in its range. While you may not have heard of the company name before, you will certainly know a bit about the components the phone uses. It comes with a 5-inch 1280 x 720 pixel display (which is actually pretty good), an octa-core, 64-bit MediaTek MT6752 processor that impresses beyond expectations, 2GB of RAM, 16GB of on-board storage, an 8 mega-pixel rear camera and a 5 mega-pixel front camera along with a 2100mAh removable battery.

The display itself is as impressive as the rest of the phone. It isn’t a QHD display, or not even a full HD panel; but the experience of using the phone is pretty much beats that of using any other phone in its range, at least display wise. Its an IPS panel as you would expect, and thanks to MediaTek’s Miravision technology, the display can be tuned to your taste without much hassle. In all, I’d say that the display is top notch and doesn’t leave anything to complain about.

Blacks though, could get a bit darker. This isn’t a gripe per se, but rather something that could make the package, that is the Cooper i7, look better. 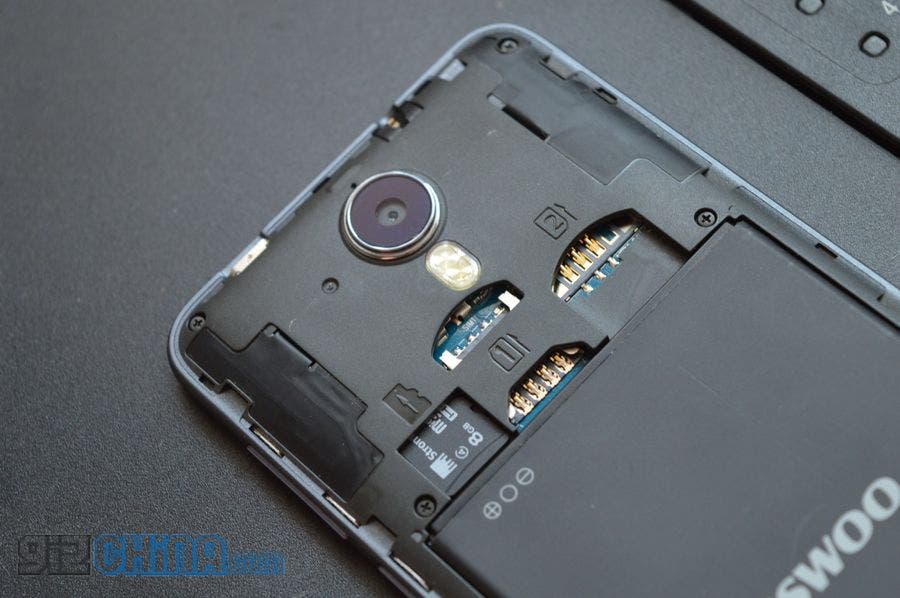 Moving on, there’s not a lot that’s left to be said about the MediaTek MT6752 octa-core processor. The SoC was used in the current JiaYu flagship, the JiaYu S3, and has impressed one and all. The MT6752 is one from the new breed of MediaTek SoCs that don’t aim to follow the competition, but beat it. And from my usage of the Cooper i7, I have to say I’m more than just impressed. I can foresee MT6752 phones such as the Cooper i7 sell for around US$150 in the coming months; and that’s something that will really redefine the market. The MT6732 beats the Snapdragon 615 in my book, at least as far as general usage is concerned; the MT6752 does miles better.

2GB of RAM means the phone is more than just decent at multitasking. As far as I’m concerned, the quality of multitasking depends more on the CPU than one usually assumes; it is a common idea to base a phone’s ability on the amount of RAM is has, which isn’t entirely accurate. Think of it this way: you have a 20 litre bucket full of water (RAM on phone) and various smaller mugs (apps) that take up water from the 20 litre bucket. How soon you switch from 1litre mug A to 1 litre mug B completely depends on how fast YOU (CPU) can transfer the water, and not just the capacity of the 20 litre bucket.

The phone charges up at a nominal rate, which isn’t the fastest. Personally, I don’t like fast chargers too much (unless they’re the VOOC kind which really make a difference), because it also means that you’re hurting your phone’s battery. Which is why I tend to stick to 1A chargers when I’m not in a hurry. (The test on the Cooper i7 was, of course, conducted using a 2A unit)

Battery life itself is pretty good on the phone. It’ll take you through one day of usage, but not a lot more. What’s interesting is, if you happen to have a busy day with a lot of phone use, the Cooper i7 will probably not let you down.

Another area where the Cooper i7 doesn’t score too highly is WiFi reception. In areas in my house where the Xiaomi Mi 4 and Yu Yureka easily latch on to my WiFi network, the Cooper i7 finds it tough to even stay connected when coming from an area with greater strength, let alone discovering the network. This is something that Siswoo can certainly work upon.

The vibration motor on the phone too is something to complain about. After 1-2 motions, the motor will simply stop working; it’s working is sporadic in nature, in other words. This is certainly a massive let down on a phone that has otherwise proven to be a gem. Makes you wonder about the quality of components used inside the pretty exterior.

What’s also not great about the Siswoo Cooper i7 (although I faced this issue only twice in the two months of usage) is that the speaker went off for no apparent reason a couple of times. I had to restart the phone to get audio back, so its certainly not a hardware issue but something to do with poor software implementation.

Unfortunately for you shutterbugs, the Cooper i7 isn’t really a very good camera phone. The photos that it takes have a pinkish tint to them, and lack detail. Not only that, they’re also not as sharp as you would like. It isn’t the worst camera phone ever, but I’ve certainly seen better.

Having used the phone for a couple of months, I can vouch for the fact that the device is certainly blazing fast and doesn’t get slow with time. The fact that it comes with a near stock ROM helps the issue also. The few niggles — poor WiFi, vibration motor functions sporadically, audio goes off — can’t be overlooked certainly, but the phone itself despite the issues has a lot of potential.

The design is pretty much a ripoff of the MX4 which is another thing that might bother a lot of potential buyers. Despite that, the Cooper i7 is THE most ergonomic phone I’ve used in… ever. Especially since I’m a one-handed phone user kind of a guy.

In any case, Siswoo as a manufacturer has certainly done exceedingly well to make their first phone as good as the Cooper i7. With more time and experience in the market, combined with user reviews, I can foresee them making some killer phones in the next year or so.

The Cooper i7 can be bought from Chinavasion for $199. At the time of writing this article, Chinavasion is also giving a free 32GB microSD card.