We get hands on with the UMi eMax to see what the largest, big battery UMi is like in the hand and in the flesh.

The third launch of the year from UMi is the UMi eMax. It comes after both the Zero and the Hammer which both had smaller 5-inch 720p displays. Although there was nothing to complain about (in terms of screen quality) on either of those models, many fans wanted to see a larger, higher resolution model available, the UMi eMax is the answer.

UMi have marketed the eMax as a large battery phone to compete against other devices in the endurance segment of the Chinese phone industry. Compared to most standard 5.5-inch phones, the eMax does have a larger battery at 3780mAh. UMi say this is good enough for 10 days of standby, but we will soon if this is the case as we put the phone through a full review. 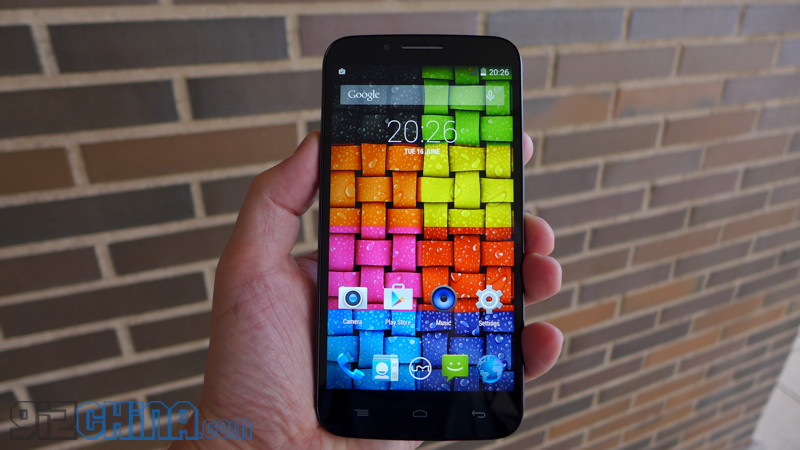 So in addition to the large battery and bigger, higher resolution display, what else does the UMi eMax have to offer? Well it is impressively thin at only 7.9mm. The design is a unibody one, meaning you can’t remove the rear panel to get at the battery, and there are no SIM trays but rather slots with dust covers. These two details might not seen like much but they decrease the thickness by a few mm while maintained dual LTE SIM support and space for a micro SD card. 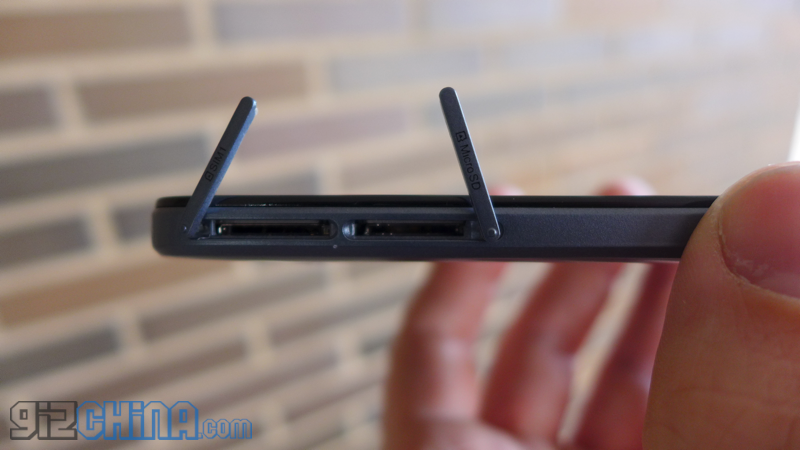 Processing power comes in the way of a Mediatek MT6752 64bit chipset and 2GB RAM with 16GB memory (the phone supports 64GB SD cards also). The 1.7Ghz processor and 2GB RAM is good for Antutu scores of over 41,000, but I believe we will see more once Lollipop is release for the phone.

Yes, that’s right! The eMax is one of the few phones still shipping with Android 4.4 Kitkat out of the box. Now before you all go off condemning the phone keep in mind that UMi do say Android Lollipop is on the way, and that many phones which are shipping with Lollipop as stock also tend to be rather buggy. Kitkat on the eMax is smooth, fast and so far bug free (but keep in mind this is just a first impressions and we might uncover things for the full review). 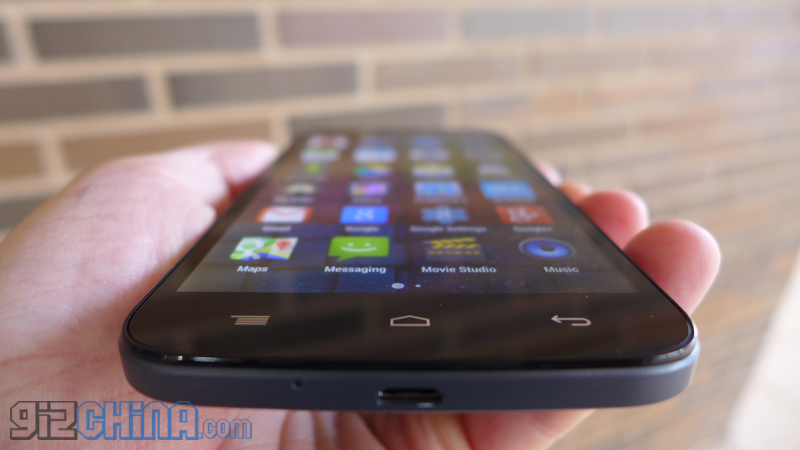 While Kitkat is mostly stock, UMi have added lock screen gesture support. Double tap to wake (and unlock), draw a ‘C’ for the phone app, ‘O’ for camera etc. UMi have also included HotKnot on the phone for wireless file sharing, there is MiraVision and ClearMotion also running on the phone.

In the video I mention that the audio of the eMax is pretty good unless you really crank the volume all the way up. However, head in to Settings > Audio Profile > BesSurround and you can get much better results. The more I use the eMax the more I am convinced there is a decent speaker in there and a few tweaks to the ROM might be all that’s needed to get the most of it.

Enough of the text though, sit back and see the phone in the flesh in my unboxing and first impressions below:

As you probably know we have a ton of phones in the review process at the moment (Xiaomi Mi4i next week we haven’t forgotten) so keep your eyes peeled for the UMi eMax review coming as soon as possible.

Previous Remember the Oukitel smartwatch? Here is is next the Apple Watch

Next Resellers accepting Elephone P8000 pre-orders now; Elecodes get you $40 off