The rumours have been proven true! The latest Meizu teaser (from Meizu China) confirms the release date and the choice of design and material for the up coming Meizu MX5.

Meizu’s strange strategy or retiring perfectly good phones way too early continues with a teaser that confirms the launch of a 2nd product on 20th June. We’ve already seen details of the Meizu m2 from Tenaa, but the latest teaser speaks of a metal bodied phone and that can only mean the Meizu MX5.

The teaser announces that the Meizu MX5 will be released in Beijing on 30th June (just as the months old rumours had told us), and through the use of an old movie title reveal details of the build of the new phone. 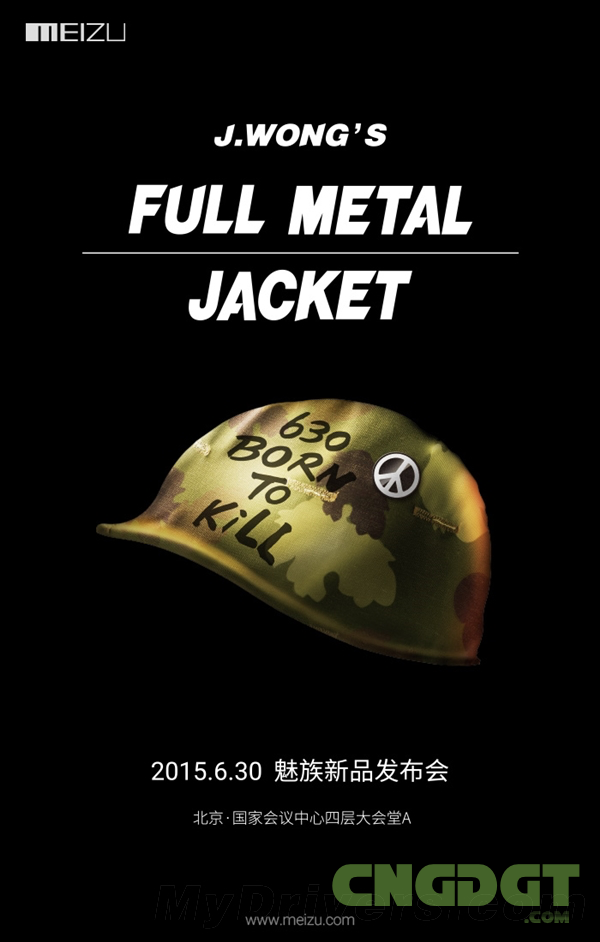 “Full Metal Jacket” seems to confirm that the latest flagship Meizu will actually have a full alloy chassis this time around. The current MX4 range has a very large and unnecessary removable rear panel to get to the single SIM slot, but that could be dumped on the new phone in favour of a full alloy chassis and SIM tray. This would improve the overall look and feel of the phone and perhaps make the MX5 a little thinner too.

In addition to the alloy chassis the MX5 is believed to have a 5.5-inch FHD display, physical home button, 20 mega-pixel main camera, 3GB RAM and Mediatek chipset (although some sources say a Samsung processor). We also believe the Meizu m2 could launch around the same time as the MX5.