In my personal view there is only one way quad-copters can get better and that is too automatically track and follow their target for some exceptional aerial video, and that’s what the SimToo Drone offers.

Drone and quad-copter fans will be aware of a Kickstarter project named Lilly. The project gained a lot of interest as one of the main features of the drone was an autonomous follow mode for tracking a subject and recording them from the air.

This type of feature has plenty of possible applications from filming high-speed car chases for movies, to following your latest extreme adventure. 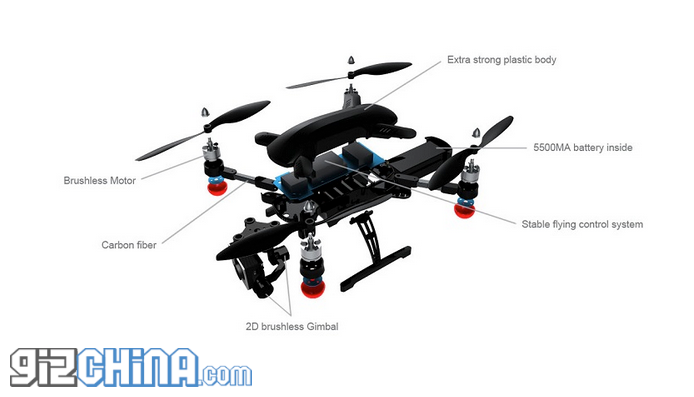 Well Lilly isn’t the only drone to offer the feature, a new foldable drone from China named the SimToo can also track you and will be available to buy online very soon.

The SimToo looks like your standard drone with room on the front for a GoPro style action camera attached to a dual axis gimbal. When folded the drone measures just 25 x 20 x 6CM, small enough to go in a backpack, then once in the air can fly autonomously for up to 30minutes. 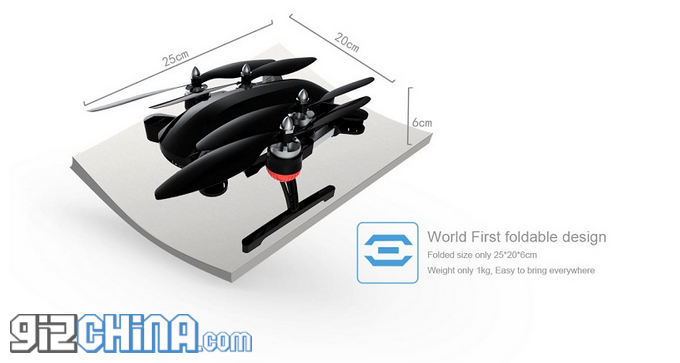 An included wrist band comes with the drone which has basic touch screen command and also lets the SimToo lock on to your position and follow you about. If you don’t to be followed you can have the SimToo hold its position for video or still photography and there is a return home failsafe built in too.

The price for the SimToo is $529.99 from China, we’ve enquired when the drone will be available and already put in a request for review.

Next Here is the UMi Iron! First official photos