Mlais are back once again with another phone boasting top end specifications at lower pricing. Find out how the flagship Mlais M7 performs in our full review below.

Mlais pop up now and then. Their most notable phone of the year being the Mlais M52, a cheap phone with great hardware. The M52 proved to be a mixed bag with some fans loving it and others have issues. Will the Mlais M7 be a similar story?

With similar specs and at around the same price, the Mlais M7 is often compared to the Elephone P7000 or Ulefone Be Touch. In terms of design it is a good looking, if a little plain, device. In terms of build the Mlais M7 sits above the popular Elephone P7000, with an all alloy CNC chassis and rear plastic panel which is soft to the touch. 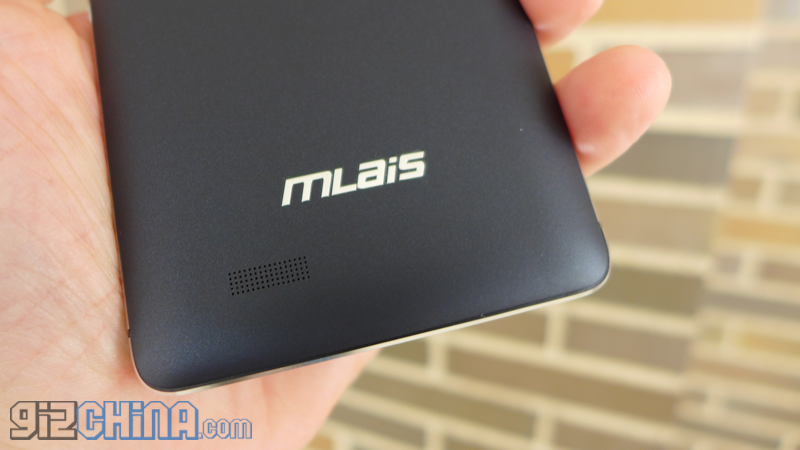 The chassis on the Mlais M7 isn’t just for looks, if feels sturdy and prevents the phone from bending. I certainly won’t be worried about bending this phone in my pocket or by accident. 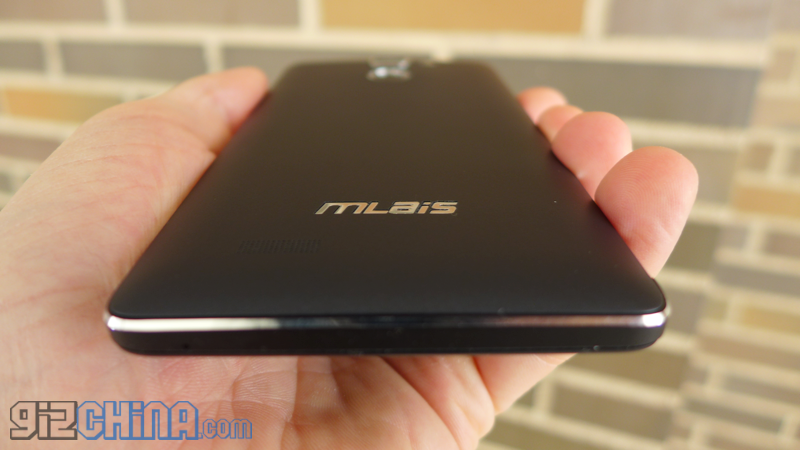 A soft feel rear panel looks and feels great in the hand, and the fit is pretty good too with a nice smooth transition from the rear to the beveled edge of the alloy chassis. 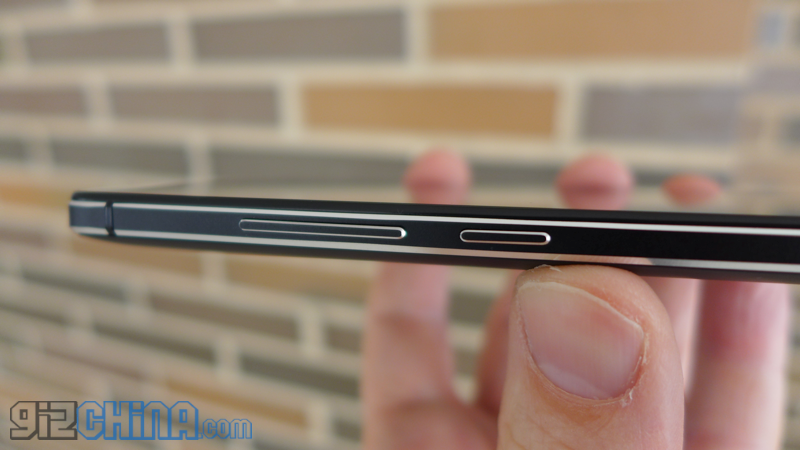 As you can see from the photos we have the black version of the phone which has a black metal frame and polished edges. This look continues on to the power and volume rocker, the only buttons on the phone, which highlight the design nicely.

What strikes me most about the design of the Mlais M7 is the compactness of it. Even with a 5.5-inch display the phone is easy to handle one-handed, and compared to its rivals it is a much shorter and narrower phone. 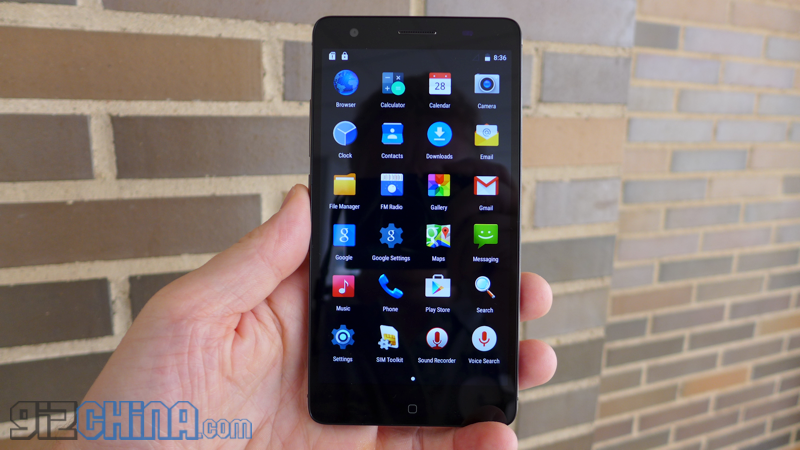 The front of the device is all Corning Gorilla Glass 3 with a small plastic lip around the very edge of the glass. Capacitive buttons are along the chin rather than onscreen controls, a feature you will either love or hate. Speaking of those capacitive buttons I have had times where they simply refuse to acknowledge that I have touched them. It is easily fixed by turning the display on and off which seems to wake them up, however it is hardly ideal.

We have a good looking simple body, but what features does it have hidden inside? Well on paper it all looks very good. Starting everything off is a Mediatek MT6752 chipset, this is a 1.7Ghz processor with 8-core 64bit architecture making it ideal for running Android 5.o. The potent processor gets 3GB RAM, 16GB memory, and if that isn’t enough there is space for a Micro SD card.

The SoC also has 4G LTE support, and Mlais have given the M7 dual SIM trays under the 2600mAh battery beneath the removable rear panel. The rear is also home to a fingerprint scanner, 13 mega-pixel Sony IMX135 camera and single speaker. Selfies are taken with a 5 mega-pixel front facing camera.

I’ll just take this opportunity to mention a few details about the fingerprint scanner. I’ve been quietly impressed with fingerprint ID even on cheaper phones for 2015 and the Mlais M7 is no different. Speed of recognition and accuracy is spot on and so far I haven’t had an issue with it. One detail to mention though is that this is not a one touch unlock solution, you first need to wake the display then press your finger on the scanner to unlock the display. It is the same design as the P7000 and Zeaplus.

As already mentioned the display is a 5.5-inch panel and is protected by Corning Gorilla Glass 3. Resolution is 1280 x 720, that’s the lowest resolution we want to see on a 5.5-inch panel. A lower resolution screen means a lower retail price and can also help the battery life (and with a 2600mAh battery the M7 needs all the help it can get).

Brightness and colours are more than acceptable on the Mlais M7 and in my time with the phone I didn’t experience any headaches relating to the screen. It might not be as clear as a 1080 panel but it is by far one of the better HD screens available.

If you have any idea of Android smartphones, then you will already have an idea of the battery performance of the Mlais M7. With a 2600mAh battery there really isn’t all that much juice to power that powerful Mediatek chip with 3GB RAM, even with the 720p display. With LTE turned on you have another drain on the small cell.

In my day to day use I very rarely game on my phone, and generally use my smartphones for photos, email, social media and browsing the web. With this light usage I could get through a day of work (just) on a single charge. If planning to head out in the evening you would need to charge or M7 again, thankfully there is fast charging on the M7 meaning you can get quite a lot of power in your phone in a short space of time. 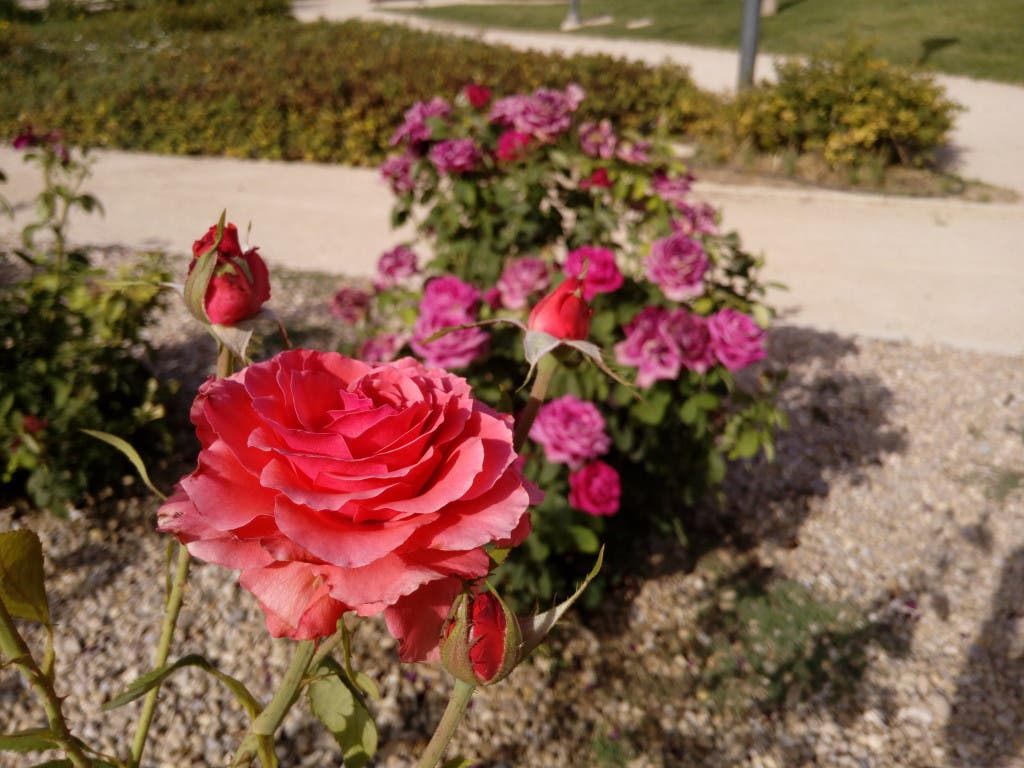 A Sony IMX135 13 mega-pixel sensor isn’t a top of the line camera unit, but it is based on the IMX214 and generally it can take pretty good photos on a phone with properly optimised hardware. As we have found with most low-cost Chinese devices, the camera on the Mlais M7 works perfectly fine in the daylight, producing really nice photos time after time. Start removing the light though and things get noisy.

This isn’t an issue that only affects the Mlais M7 though, there are plenty of other low-cost smartphones which struggle in low-light conditions, the only option to get better performance is to opt for a more expensive device.

For a retail price of around $199, the Mlais M7 camera performance is very good though, and as long as you provide the sensor with enough light then you can be rewarded with some nice photos.

Mlais have informed is that a reddish tint in certain conditions has been reported by some users and that they are working to fix the issue.

The hardware specs and build of the Mlias M7 are really very good for the money, so when you start to look in to every aspect of the phone you do come across areas where corners were cut to keep the cost low and audio is one of them.

In calls the receiver is perfectly fine, but the single external speaker is quite weak. We have seen this before in other phones and we understand that there is a saving to be made here, but I would personally pay an extra $10 – $20 for better audio if I had the choice.

The Mlais M7 ships with a stock installation of Android 5.0 Lollipop, again this is another detail that looks great on paper. To say that it completely stock would be wrong as Mlais have added a few extras such as gesture controls for the lock screen, but the look is just as Google created it.

Although a clean ROM with no bulk and clutter, I feel the system really detracts from the phone.  Response, fluidity and the issue with the capacitive buttons are likely conflicts in the ROM. Mlais have already suggest an OTA fix can solve the red tint on the camera, and I feel that further optimisation of the ROM would really improve how fluid the phone is and could prevent random sluggishness (not something I expected from a phone with 3GB RAM).

You might have read through this review and have been totally put off, but that’s not really my intention. Mlais got so much right with the build quality, level of design and hardware specifications of the Mlais M7 that it really is worth a look, especially if you can pick one up at a special offer price that is sometimes offered on their Facebook page.

Compared to the Elephone P7000 the Mlas M7 is better in almost every way with the only exceptions being the battery size and screen resolution.

What Mlais needs now is a really well optimised ROM and to work on those small bugs that we encountered and they will have a very inviting sub $200 phone with blazing hardware, and we are confident that they will eventually get it all solved, our only question is how long is it going to take?

The Mlais M7 is available now through Gearbest for only $159.99.

Next What Xiaomi product is coming 16th July?