3 new Huawei devices have just been spotted on a Chinese certification authority’s database, fueling rumours about upcoming launches from the company.

As you might already be aware, Huawei is only basking in the success of its Honor 7 smartphone which was launched just a couple weeks back. The phone has received more than just a warm welcome in its home country, and Huawei certainly would be kicked.

The three new phones that we talk about were spotted on the Chinese National Radio Certification website. There’s no word on the retail model names of these new devices (purportedly phones), but the company codenames, if you care are — ATH-AL00, RIO-AL00 and CRR-AL00.

Take a look at the specs set below to get an idea about the network compatibility of the three devices. 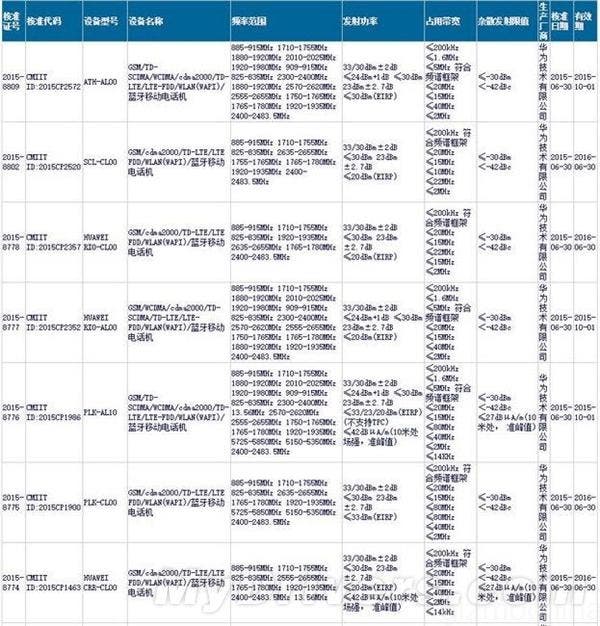 Quite clearly, there’s a lot of network support that’ll go into these devices. If only we knew the model names! Nonetheless, if you were to take an educated guess about what each of these devices could be, what would it be?