Specifications of the upcoming Motorola Moto G (3rd generation) recently leaked. According to the leaks, the phone will have a Qualcomm Snapdragon 410 SoC, a 13 mega-pixel main camera, and a 5 mega-pixel front facing camera. 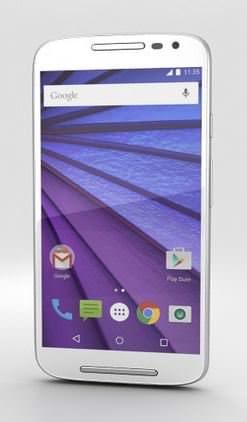 The leaks also reckon that the phone would have a 5-inch display, with an HD display. To think of it, a full HD display would probably make more sense, but time will tell if that does happen. Coming back to the leaks, also mentioned is the RAM, which is expected to stay at 1GB (downer).

A couple renders of the phone just leaked, and portray a picture different than usual. If true, the Moto G 3rd (or Moto G 3) will be a lot more stylish with a more curvy design. The Moto G has traditionally been a very no-nonsense phone with budget prices and specs that agree with price… but often with unmatched software support (in its price range, that is).

The rear metal strip connecting the camera to the trademark Motorola dimple will remind some of Nokia’s Lumia lineup. To think of it, the metal strip does look pretty cool… especially considering that the Moto G will only be a budget phone.

Previous The Asus ZenPad S 8.0 is now available in the US, with a catch...