It’s hard to believe the OnePlus 2 is only the second smartphone from upstart OnePlus. The first outing may not have gone as per plan, but its no denying that the OnePlus One was a phone you’ve wanted to own (and probably have).

A year has passed, and it’s now time for the next-generation phone to take over — the OnePlus 2. The marketing plan has been pretty much the same, i.e., build hype. In fact, OnePlus are also hashtagging their posts with #HYPE; call it ironic.

Nonetheless, it’s time for an open thread on GizChina, and what better to discuss about than the next big thing in the Chinese tech industry. What we’ll do here is simple — we’ll list what we know about the OnePlus 2, and then ask you for your opinion on what you expect from the phone.

What we know about the OnePlus 2

In typical OnePlus fashion, the company has given away some crucial spec info about the OnePlus 2 so far. This includes the following.

Chinese phones with fingerprint scanners have been popping up left, right and center. OnePlus could ill-afford not having one on the OnePlus 2, and the company has gone with pop-wisdom.

This one’s the tricky bit. MediaTek have proven they can do high-end (and in style), but for some reason OnePlus have decided to stick with Qualcomm for their chip supply. The OP2 will have a cooler, underclocked version of the Snapdragon 810 64-bit SoC, but will it be good enough? Or would the Helio X10 have been a wiser choice? 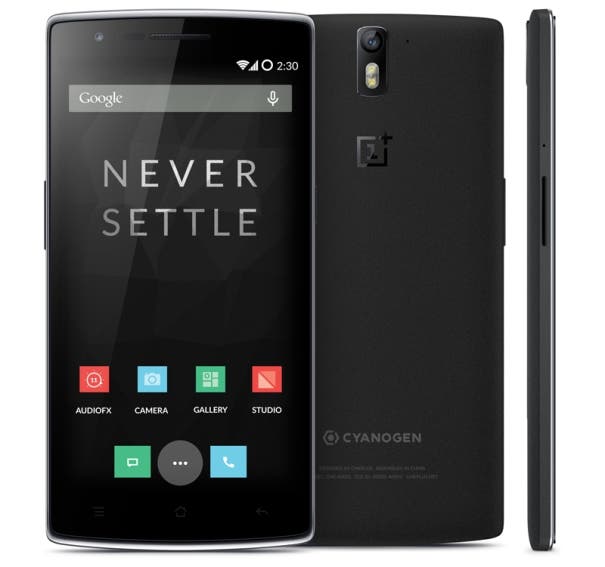 3GB RAM phones are selling for as low as US$170 in the international Chinese smartphone market, so it would only make sense to include 4GB RAM on a 2015 flagship. We believe this is one bit where most of our readers would agree with OnePlus.

Contrary to releasing specs via social media updates, this bit was revealed by OnePlus via star YouTuber MKBHD. He revealed that the OnePlus 2 will have a 13 mega-pixel camera with an f/2.0 aperture and laser autofocus for super-fast focus.

Among the non-rugged, non-battery centric Android phones, the OnePlus One with its 3100mAh battery is still among the best battery performers. OnePlus have upped the battery capacity to 3300mAh for the OnePlus 2.

The OnePlus One was sold for a base price of US$299 which turned it into an instant success. Pete Lau and Co. started in a similar fashion about pricing for the OnePlus One, saying it would be sold under US$500, then US$400 and ultimately launched the phone for US$299.

Pete Lau also teased a metal build for the OnePlus 2, and announced that it would be smaller in footprint than the OnePlus One, which honestly didn’t have the best screen-to-body ratio.

What do you expect from the OnePlus 2?

We’ve given you all the facts in one place. Sit back, with a cup of coffee perhaps, and let us know in the comments section below what you expect from the OnePlus 2. Be it pricing, availability or the fact that you think that the Snapdragon 810 is in fact the right choice — let us know.