ZTE’s been on quite a roll lately. After announcing the Axon smartphone for the US, the Chinese maker brought home the phone but with a twist in the form of a fingerprint scanner.

It now appears as though there’s another variant of the Axon, aka the Axon Mini. What is special about this device is that it comes with a force touchscreen, i.e., a touchscreen that doesn’t just sense touch but also the pressure. Force touch is a technology that first appeared on the Apple MacBook. 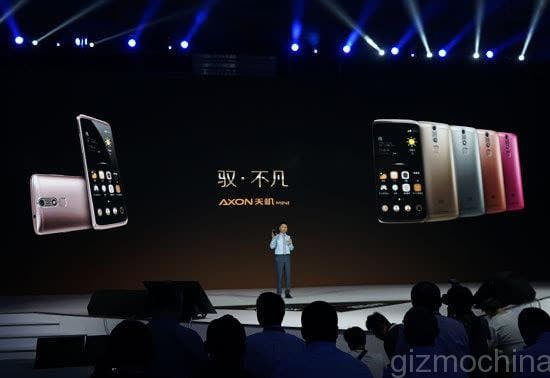 According to Pocketnow, the Axon Mini features a 5.2-inch Super AMOLED display among other internals. Not much else is known about the phone besides the force touch feature, which is clearly the Axon Mini’s claim to fame.

Other devices that ZTE showcased today for the Chinese market include the full-sized Axon smartphone, the Axon Watch smartwatch and the Spro 2 smart projector. You can read more about these devices here.